Prime suspect in rape and murder of Bhagarathi Bhatta arrested 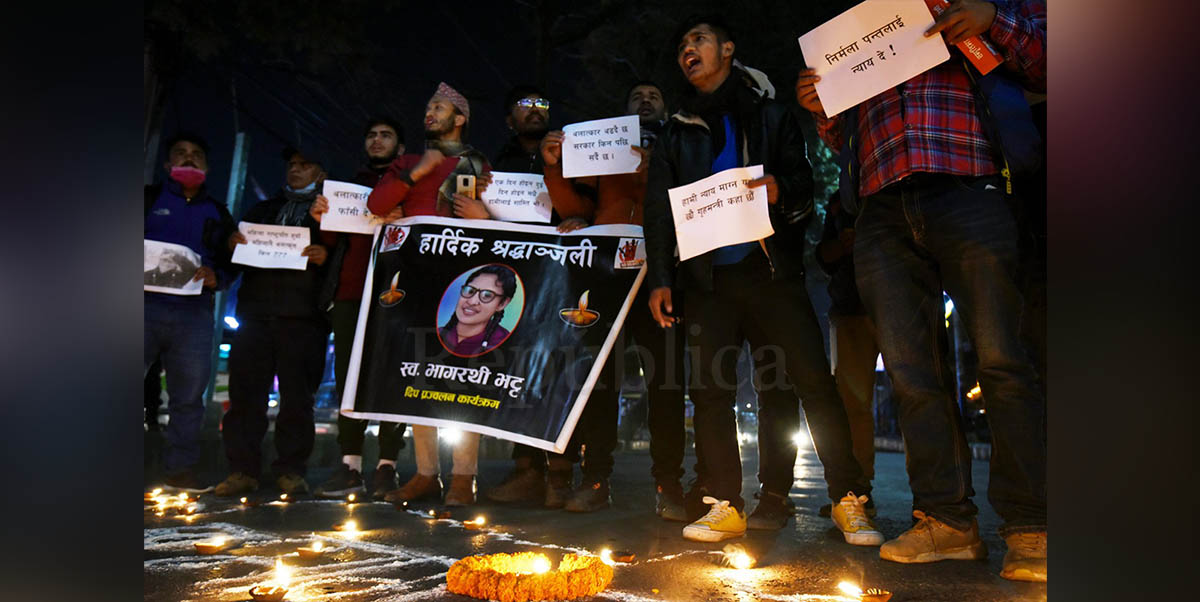 KATHMANDU, Feb 17: Police have arrested a youth allegedly involved in the rape and murder of a teenager Bhagarathi Bhatta in Baitadi district.

Senior police officials at Nepal Police Headquarters confirmed the arrest of a youth who is learnt to be a neighbor of the Bhatta family. District Police Office, Baitadi is organizing a press conference today to publicize the arrested youth.

"The main culprit behind the rape and murder of Bhagarathi has already been arrested. Preliminary investigation has revealed that he was solely involved in the incident," said a senior police official familiar with the development. The accused has been kept in the custody of the District Police Office, Baitadi.

The arrested youth has been identified as Dinesh Bhatta, an XI grader of the same school where Bhatta was studying in Grade XII. Police, however, have not officially released any details about the arrested youth.

Bhatt went missing on February 3. Her dead body was found on the next day in the jungle near her home. The incident has sparked protests across the country, demanding justice for the Bhatta family.

Construction of transmission line connecting China in limbo
7 minutes ago

Role of Jyapu community in development of agricultural economy is important: PM Deuba
37 minutes ago