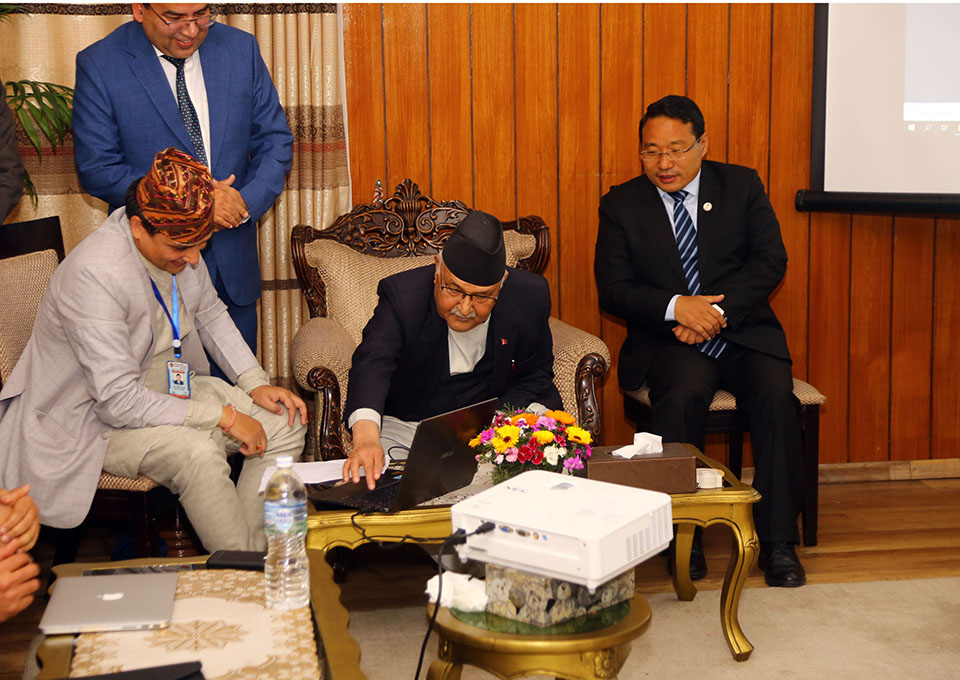 PM Oli applied for the share at a programme organized by the Ministry of Energy, Water Resources and Irrigation at his residence, Baluwatar, this morning.

In the initial phase, for the share under this project, only 10 percent amount suffices. One can buy the share till March 25.

PM to deliver his dream of prosperous Nepal and happy Nepali

TUTH will continue to provide health insurance coverage
57 minutes ago