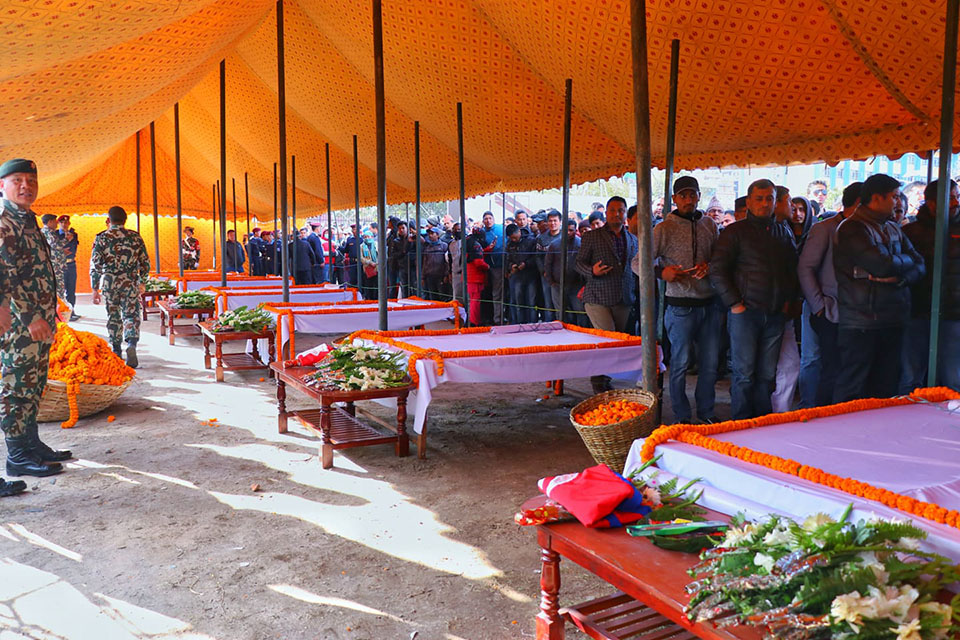 Preparations are underway to keep bodies of air crash victims at Tundikhel for condolence. Thousands of people including Prime Minister KP Sharma Oli, ministers and highly-placed government officials and those from different walks of life will throng Tundikhel to pay tributes to the depart souls.

All the bodies will be taken to Tundikhel for condolence following postmortem at TU Teaching Hospital, Maharajgunj.

All the seven people aboard the Air Dynasty chopper died when it crashed near Pathibhara in Taplejung district on Wednesday afternoon.

The chopper, which took off from Kathmandu at 8 am, had flown to Taplejung for reportedly to visit Pathibhara Temple after carrying out a feasibility study of the proposed airport in Chuhandanda of Tehrathum district. 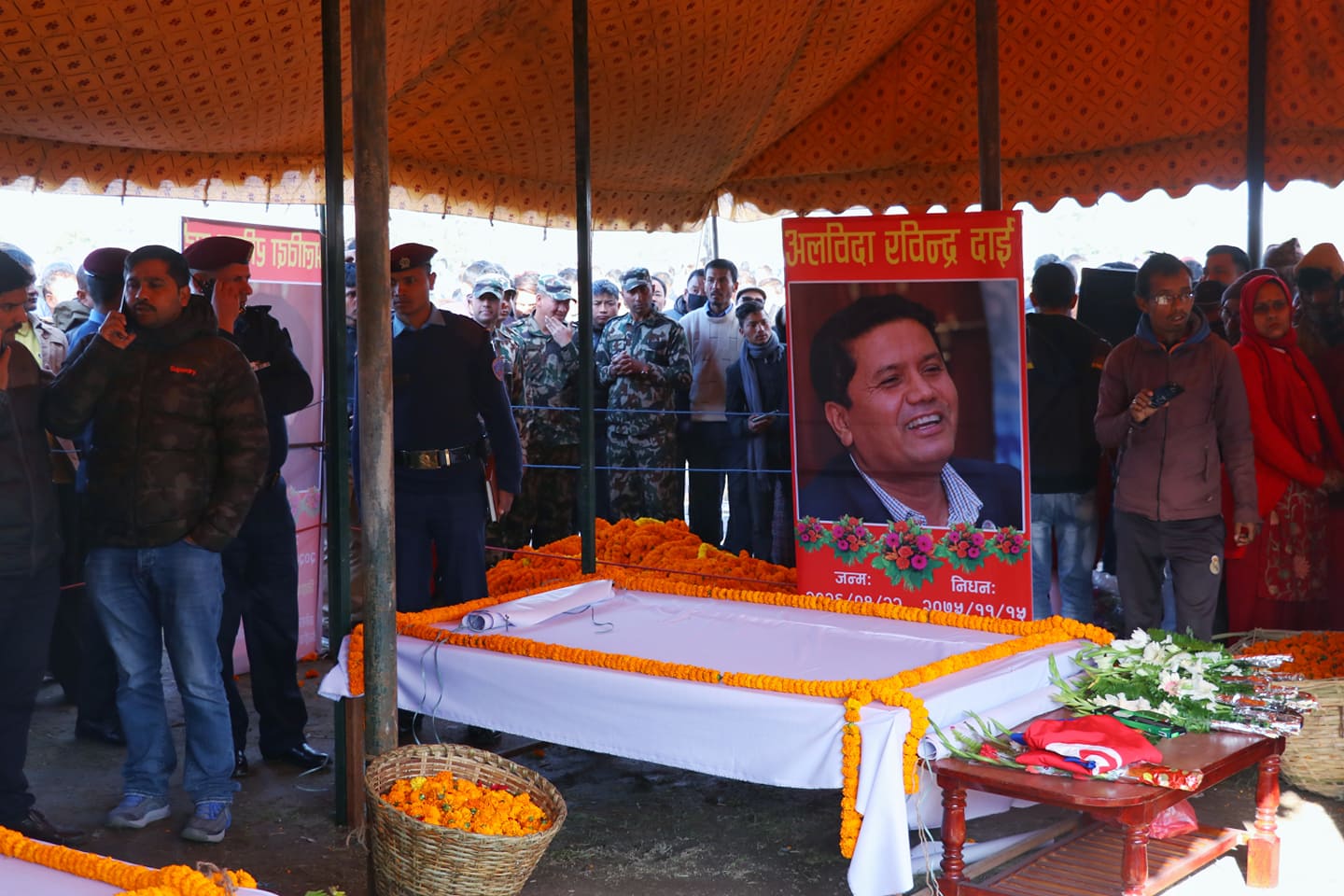