Prez, here’s the constitution for reference 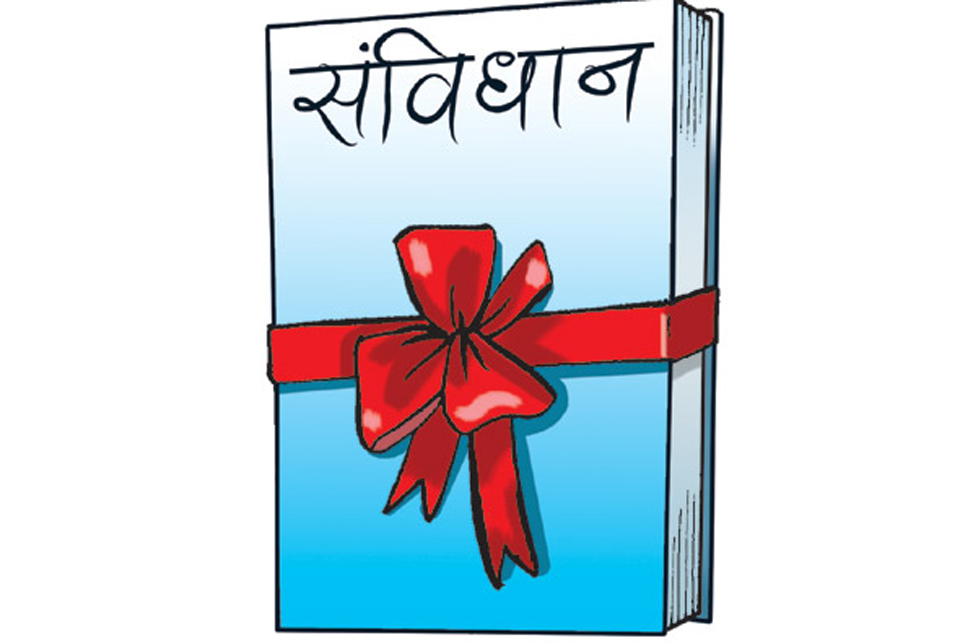 The Nepal Tarun Dal, Congress’s sister organization will head to Sheetal Niwas, the President’s residence to handover the constitution at 3 PM today.

“The President has taken unconstitutional step by overturning the recommendations of Deuba led government’s appointment,” Bhupendra Jung Shahi, general secretary of Nepal Tarun Dal said, adding “for this reason, we will gift the Constitution of Nepal to President Bhandari so that she can read it clearly.”

In addition, Shahi expressed displeasure as the government’s move as endorsement of Left Alliance members into NA would create more gaps between the government and opposition in coming days.

Shahi along with chairman of Nepal Tarun Dal, Jeet Jung Basnet and other party representatives are participating in the program.

A meeting of the Council of Ministers held on Tuesday recommended Dr Yubraj Khatiwada (Jhapa), Ram Narayan Bidari (Makawanpur) and Dr Bimala Poudel (Morang) as the members of the NA.

The Deuba-led government had recommended the names of Chandani Joshi, Gopal Basnet and Krishna Prasad Poudel as the NA members.

KATHMANDU, Nov 3: President Bidya Devi Bhandari has said that the focus of Nepal's Constitution which was promulgated last year is... Read More...