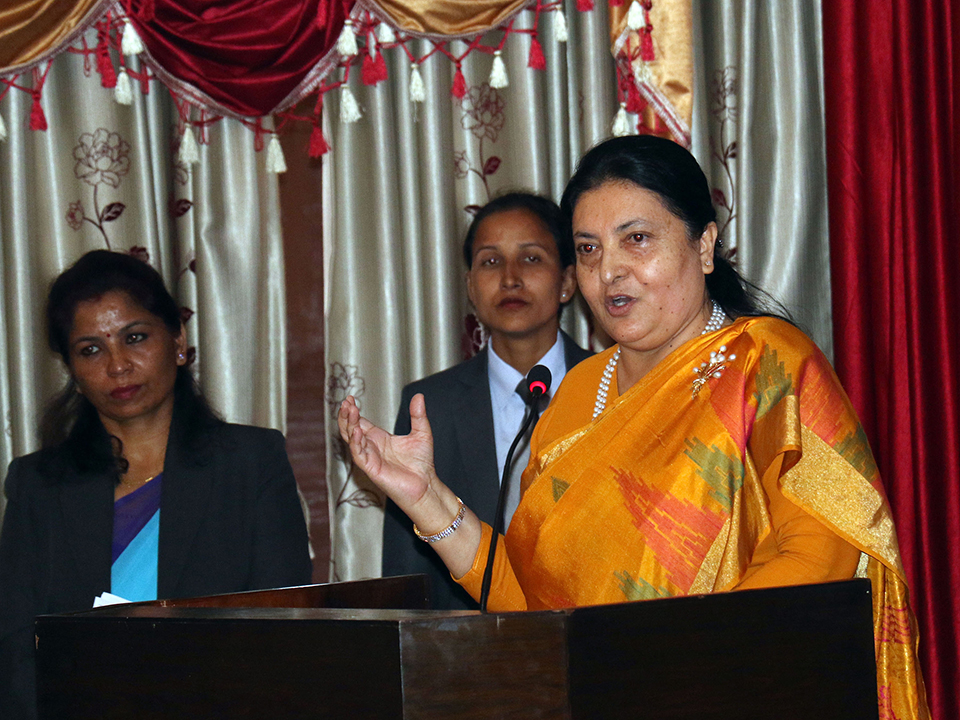 KATHMANDU, Oct 1: President Bidya Devi Bhandari has called for utilizing the skills, knowledge, experience and expertise of the senior citizens in the national development.

While addressing a program organized to mark the 28th International Day of Senior Citizens at the Office of the President here in the capital today, President Bhandari said that a civilized and prosperous nation could be developed through these assets of the senior citizens. She also urged the government to develop physical infrastructure required for the elderly people.

The Head of the State argued that senior citizens should be taken as the foundation of the nation development rather than mere characters of mercy and pity.

The President on the occasion held discussions with the senior citizens who are the experts in various social sectors including arts, literature, politics, administration, medical science, history and foreign affairs.

Speaking in the same program, Minister for Women, Children and senior Citizens Thama Maya Thapa urged all to join hands in the mission of nation development as the nation has achieved political stability.

BIRATNAGAR, Oct 22: President Bidhya Devi Bhandari is arriving at Biratnagar to participate in the Senior Citizens Festival to be... Read More...

President Bhandari emphasizes on role of law education for promotion of rule of law
4 minutes ago
Rs 10,000 fine slapped on Rajpur's mayor for not providing information
19 minutes ago