KATHMANDU, Sept 21: The ruling coalition has concluded that President Bidya Devi Bhandari’s move to refuse to certify the Citizenship Amendment Bill is an insult to and devaluation of the federal parliament.

The Nepali Congress, CPN (Maoist Center), CPN (United Socialist) and Janata Samajwadi Party issued a joint statement on Wednesday after a meeting at the Prime Minister’s residence at Baluwatar. They concluded that President Bhandari's decision of not authenticating the Citizenship Bill has violated the constitutional provision. Four parties of the ruling coalition except the Rastriya Janamorcha party have signed the statement.

The ruling coalition had called a meeting to discuss the issue after President Bhandari did not certify the Citizenship Amendment Bill passed by both the House of Representatives and the National Assembly.

The four parties have called upon the political parties, civil society and intellectual community in favor of the federal democratic republic constitutional system to be alert against the President's move. 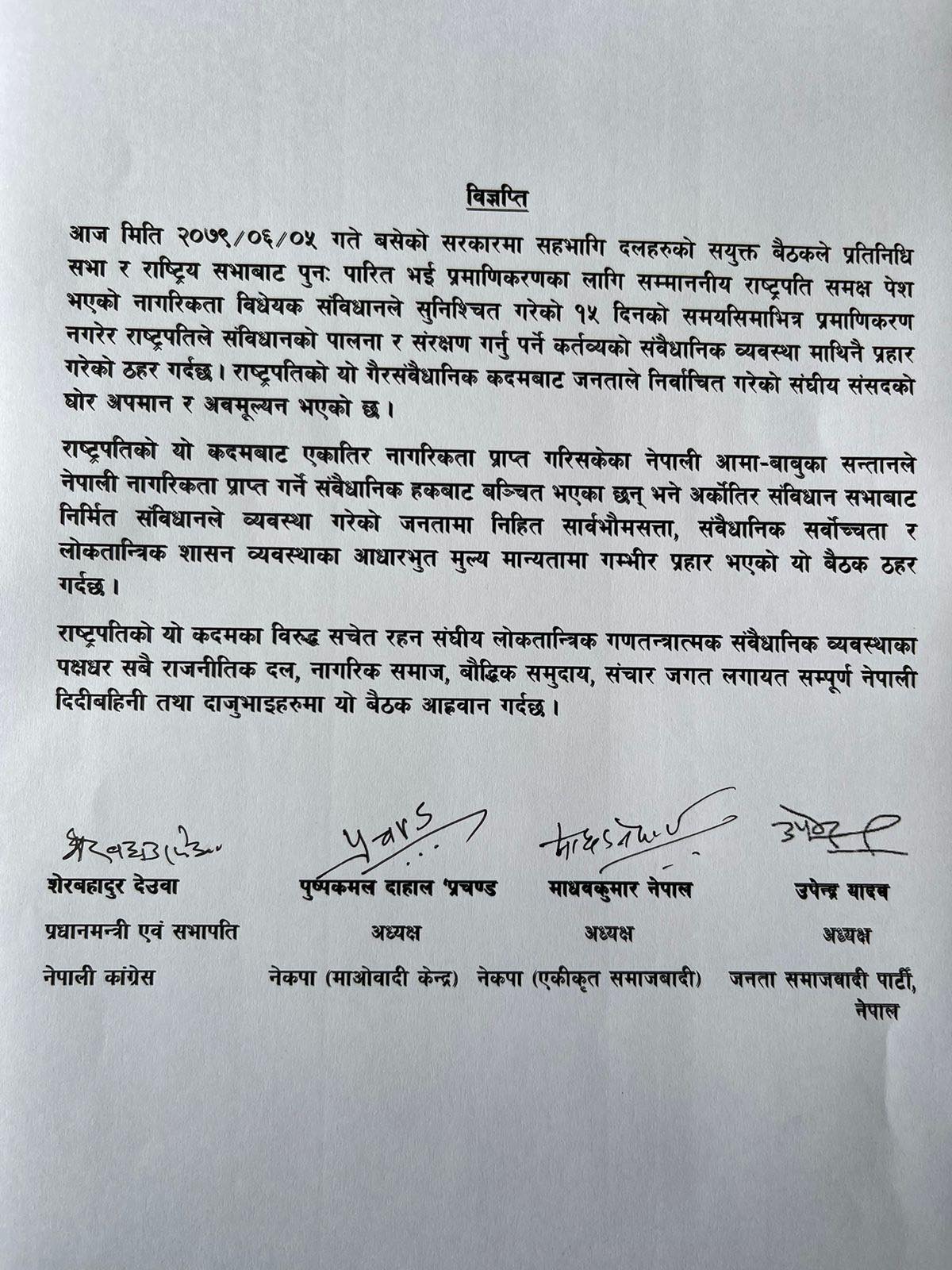 KATHMANDU, Sept 2: The ruling political parties held a thorough discussion on how they could allocate seats among them for... Read More...

Meetings of both houses under federal parliament being held today

KATHMANDU, June 20: Meetings of both the houses under the federal parliament are being held today. The meetings are scheduled... Read More...