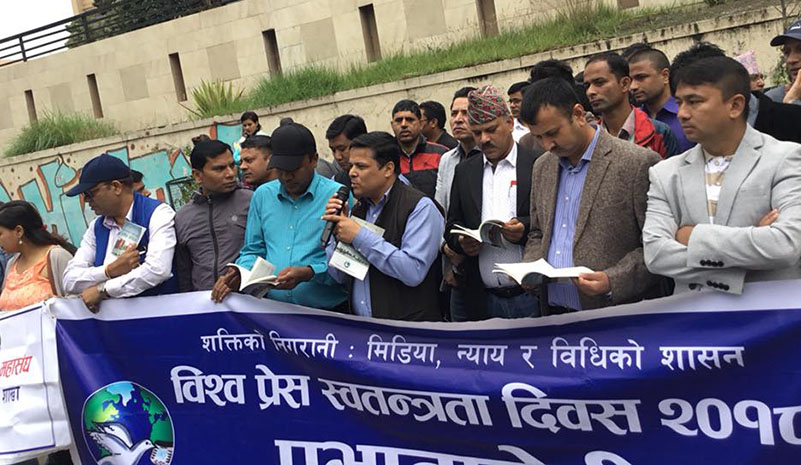 KATHMANDU, May 3: Minister of State for Communications and Information Technology Gokul Prasad Baskota has expressed high respect to all media workers who laid down their lives while doing professional journalism and practicing freedom of the press and of expression.

Delivering a message on the occasion of World Press Freedom Day today, State Minister Baskota extended best wishes to all working journalists and media workers around the world.

Press freedom is a fundamental element of democracy and the importance of media and its freedom are all-pervasive in modern civilized society.

Noting that journalists should enjoy their right to freely report and disseminate information in a fearless manner without any obstruction, reads the message, adding, "However, the incidents of violence and obstructions being occurred against journalists across the world has shown the extent of difficulty in the exercise of freedom of expression".

The killings of 79 journalists in course of discharging the professional responsibility in 2017 alone have candidly shown that the status of journalist safety was at alarming level, reads the message.

Recalling that there have been very reckless interference on press freedom with the incidents of murder, abduction and censorship on press, he said that the situation however has improved over the time.

"The preamble of the Constitution has enshrined full press freedom. In this line, the government is committed to enable the environment in practice", the message states.

Minister bats for 'positive regulations' on freedom of speech