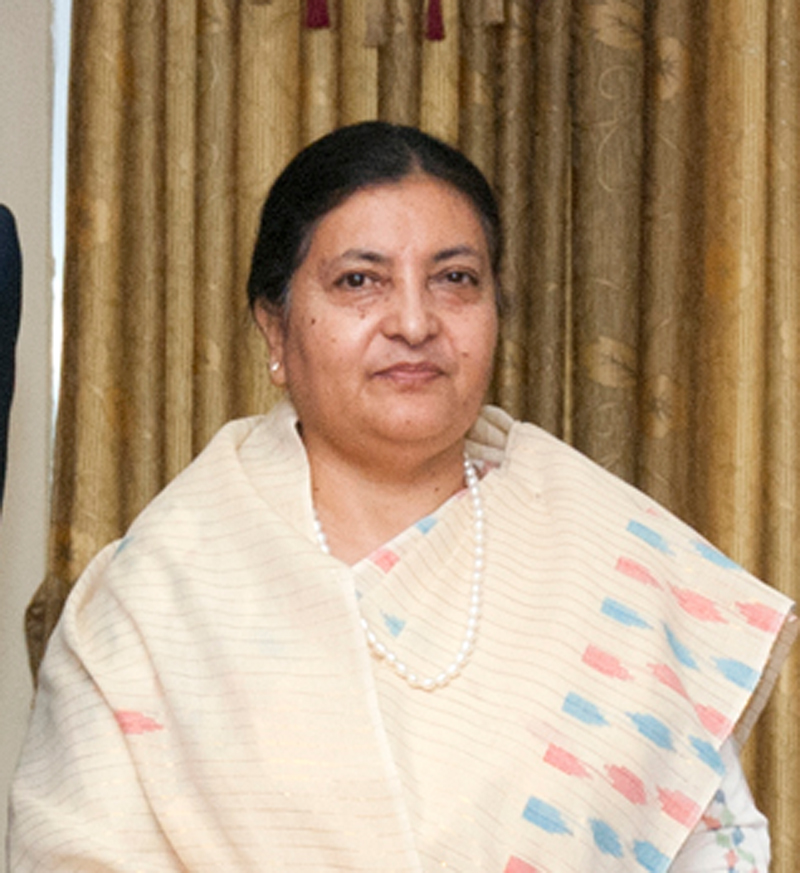 KATHMANDU, April 16: The five-day state visit by President Bidya Devi Bhandari to India starting on Monday is expected to further strengthen the age-old mutual relations between the two countries.

President Bhandari, who assumed the post of the Head-of-the-State following the promulgation of the new constitution in Nepal, is visiting India at the official invitation of her Indian counterpart Pranab Mukherjee. During the visit, President Bhandari is scheduled to meet with President Mukherjee, Vice-president Hamid Ansari and Prime Minister Narendra Modi, according to the Ministry of Foreign Affairs. She will also be holding separate meetings with other senior Indian leaders and officials.

In the context of the visit, Dr Dinesh Bhattarai, foreign affairs advisor to former Prime Minister Sushil Koriala, expressed the confidence that the visit that was finalized soon after the visit to Nepal by the Indian President would be a cordial one. "It is however the responsibility of the state to make this visit successful as it is a matter of pride for the nation," he said.

Likewise, CPN (Maoist Centre) spokesperson Pampha Bhusal also said that the visit will further strengthen bilateral relations. The visit by the Head of State should be for enhancing goodwill and harmony between the two countries, she added. RSS

SC justices refuse to conduct hearing on Wednesday as well, hearing conducted only by CJ Rana’s single bench
4 hours ago

SC justices refuse to conduct hearing on Wednesday as well, hearing conducted only by CJ Rana’s single bench
4 hours ago