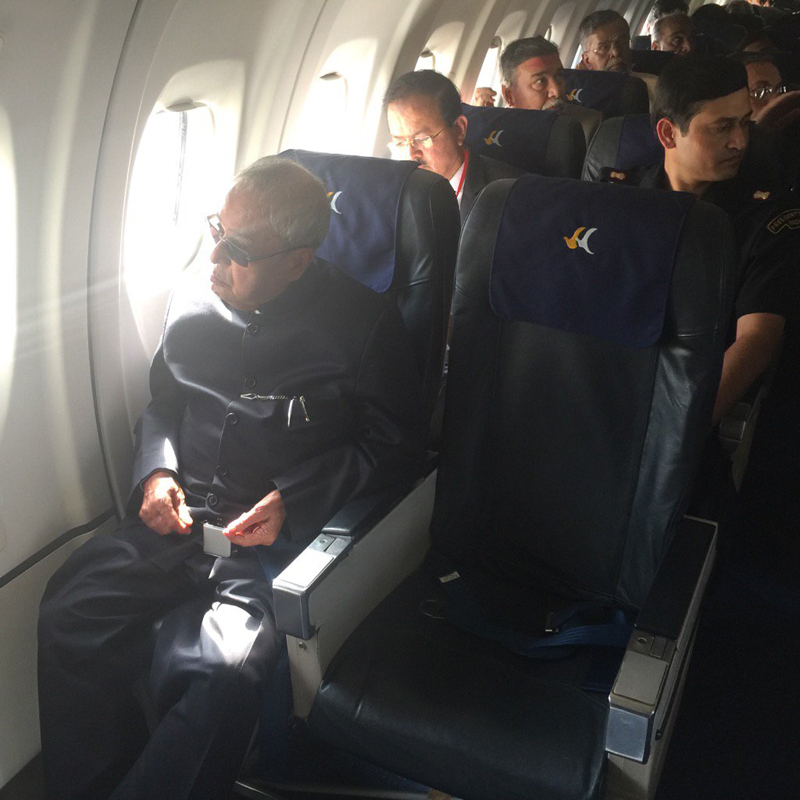 KATHMANDU, Nov 4: Visiting Indian President Pranab Mukherjee who reached the historic city of Janakpur this morning has left for the lake city Pokhara.

Mukherjee flew to Pokhara by a chartered airplane of Buddha Air, security sources said.  He will return to Kathmandu at 4 pm from Pokhara.

“He will remain in Pokhara for about three hours. He will then fly to Kathmandu,” sources said.

During his Pokhara visit, Mukherjee will take rest at Hotel Grand.

Mukhejee will take his lunch at Hotel Grand.   Then he will address Indian ex-Gorkha soldiers at the pension camp in the lake city.

Around 10,000 ex Gorkha soldiers are expected to attend the program.

After the program at the pension camp, Mukherjee will head for the airport.

IPOs of 20 companies worth over Rs 5.90 billion on pipeline
11 hours ago

MCC compact agreement cannot be amended only for Nepal: FM Khadka
7 hours ago