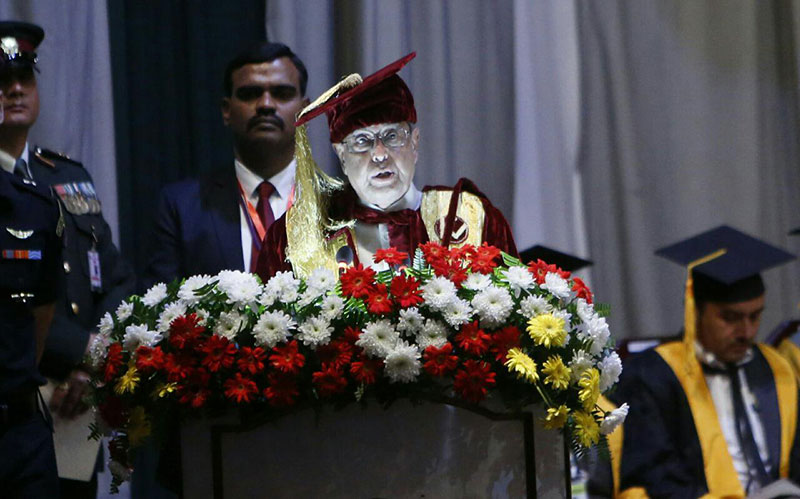 KATHMANDU, Nov 3: Indian President Pranab Mukherjee, who is on a three-day state visit to Nepal, has attended a special function organized by Kathmandu University (KU) at the Nepal Army Officers Club on Thursday.

Prime Minister and Chancellor of Kathmandu University, Pushpa Kamal Dahal, conferred the title of D Litt on the Indian President, who is currently on a state visit to Nepal.

Ministers, Ambassador of India to Nepal Ranjit Rae and members of the Indian President's entourage were also present on the occasion.

Earlie in the day, Mukherjee carried out a speical pooja at Pashupatinath Temple by lightning lakh batti (100,000 wicks). He was received by 108 Batuk (Hindu boys) by chanting Swastik mantras while entering the main eastern gate of the Temple.