KATHMANDU, May 10: President Bidhya Devi Bhandari has invited a political party leader who can garner majority votes in parliament with support of two or more parties to stake claim for the post of new prime minister as per Article 76(2) of the constitution.

Issuing a notice on Monday evening, President Bhandari has asked such member of parliament to stake claim for the new prime minister by 9 pm on May 13. As per the constitutional provision, such candidate requires to submit signatures of majority lawmakers belonging to two or more political parties in parliament to the Office of President within the stipulated time.

The main opposition party, Nepali Congress(NC), has already made a decision to form a government under its leadership. The CPN (Maoist Center) and Upendra Yadav-led faction of Janata Samajbadi Party (JSP) have so far announced to support to the NC-led government.

The NC has 61 members, while the CPN (Maoist Center) has a total 48 members in parliament. Only 17 of the total 32 lawmakers of JSP has support to Yadav. Nepal Workers and Peasants Party, Rastriya Prajatantra Party and Rastriya Janamorcha Party each have one seat in the parliament.

It requires at least 136 votes in parliament to form a majority government. It is difficult to form a new government if only one of the two factions of JSP agrees to support to the new prime ministerial candidate. 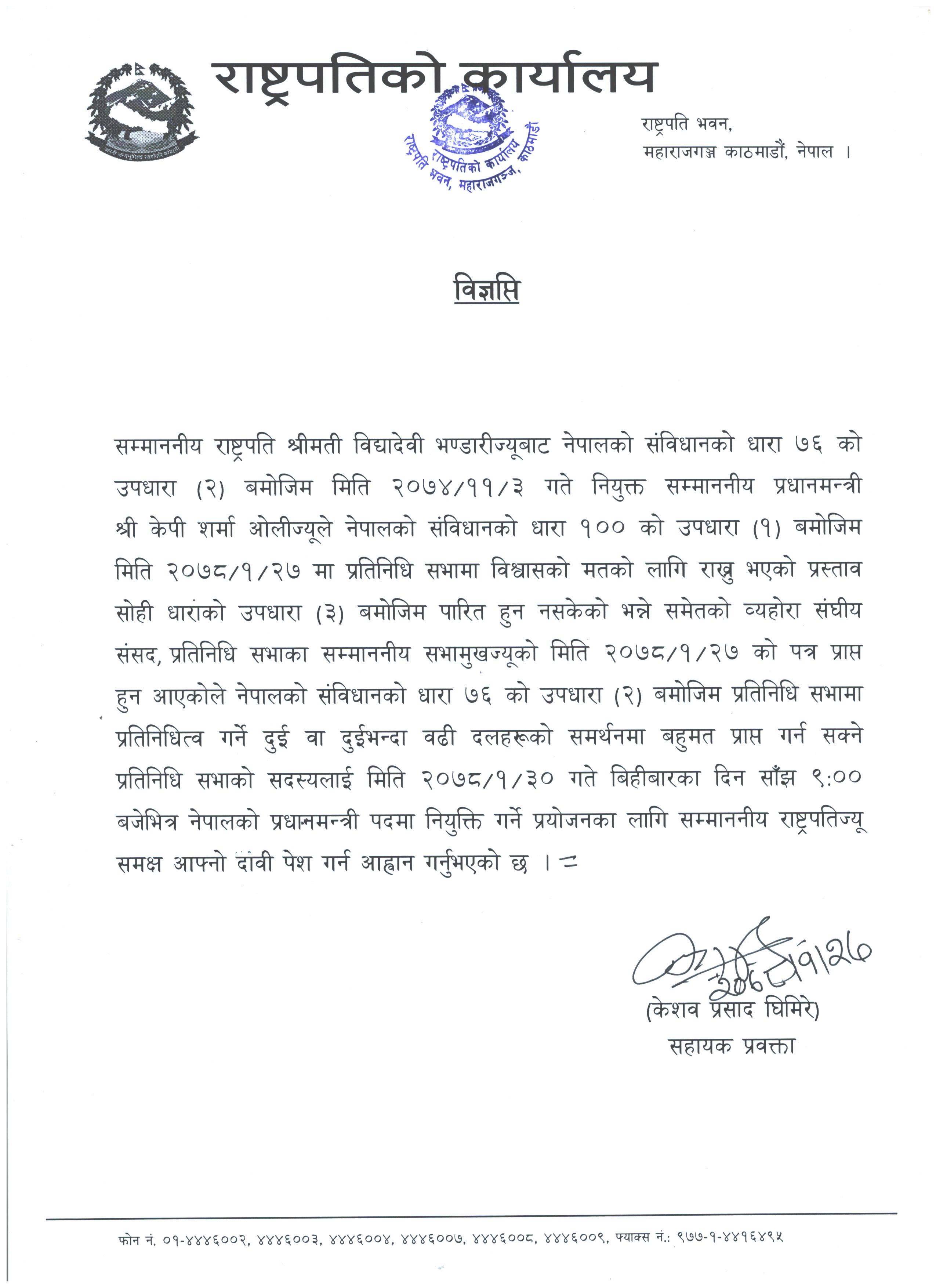 A Letter to the Nepali People about MCC
14 hours ago

‘Superman zipline’ to be launched in Pokhara soon
14 hours ago

Why is everybody silent on the ‘Constitutional Day awards fiasco’? asks Oli
13 hours ago

IN PHOTOS: People exchanging old banknotes with new ones at NRB
15 hours ago