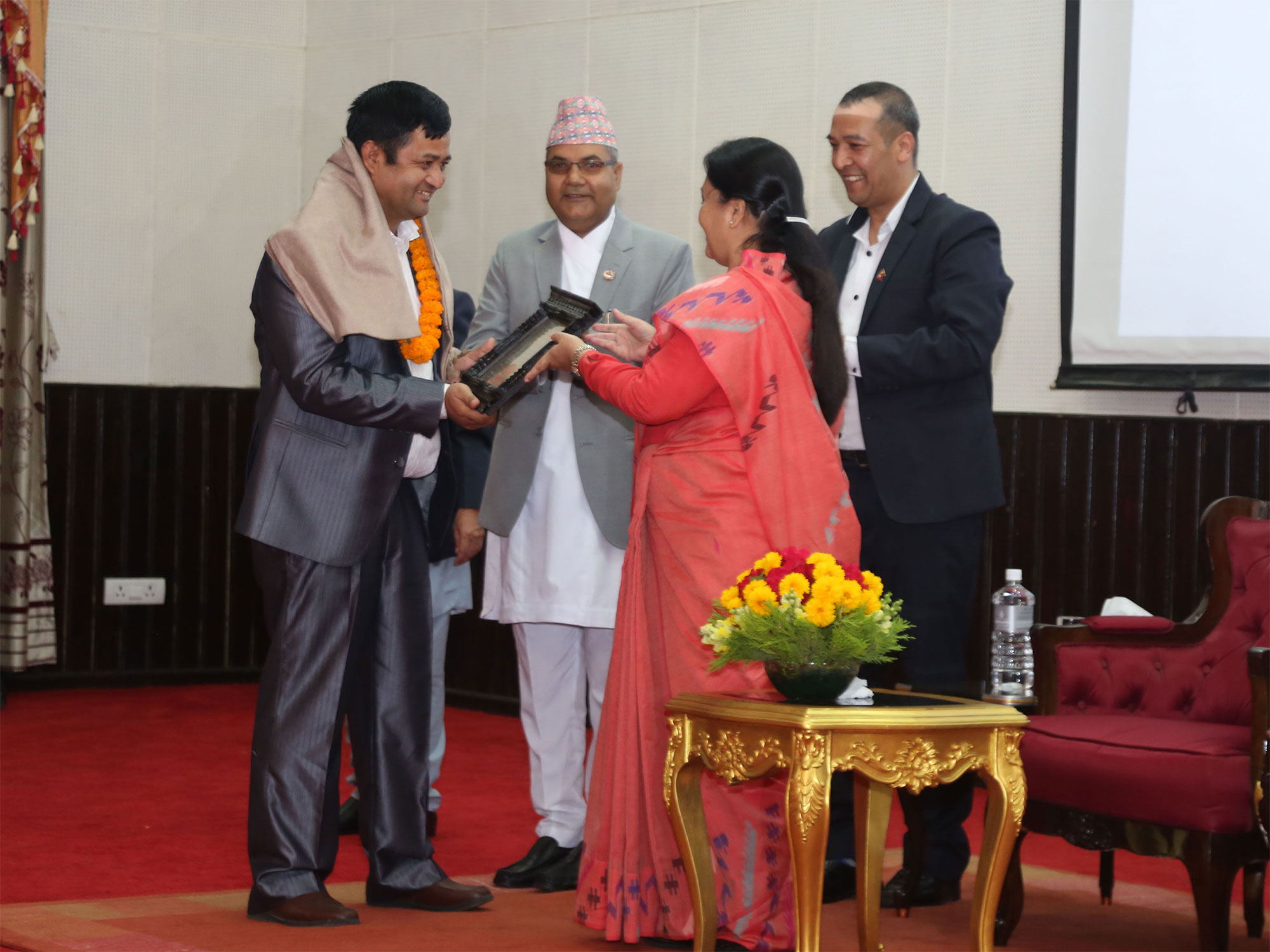 KATHMANDU, May 7: President Bidya Devi Bhandari has honoured five journalists with award and prizes at a function held to mark the 'National Journalism Day, 2075' today.

At the function organised by the Ministry of Communications and Information Technology at the Office of the President in Sheetal Niwas, President Bhandari presented the 'National Journalism Prize' to former President of Federation of Nepali Journalists Dr Mahendra Bista and journalist Dr Rajesh Jha 'Ahiraj'.

Likewise, Editor of Ghatana ra Bichar weekly and former President of Sancharika Samuha Babita Basnet and journalists Kaushal Chemjong and Min Bahadur Budhathoki were honoured with the 'senior journalist award'. Both the prizes carry a purse of Rs. 200,000 each. It is presented by the Ministry of Communications and Information Technology every year.

Speaking on the occasion, President Bhandari lauded the role played by the journalists and media in establishing and institutionalizing federal democratic republic. "The role of journalism and media is equally important in building an atmosphere that promotes goodwill and mutual respect by wiping out ethnic, linguistic, religious and cultural discrimination, and consolidating the country's sovereignty, integrity and national unity," she said.

The President also called on the journalists and media to become pro-active in realizing the national goal of 'prosperous Nepal and happy Nepalis'.

On the occasion, Minister of State for Communications and Information Technology Gokul Prasad Banskota said the press needs to work as a partner in the country's socio-economic transformation. "The media sector needs to stand as a campaigner to resolve anomalies and aberrations in every sector," he added. 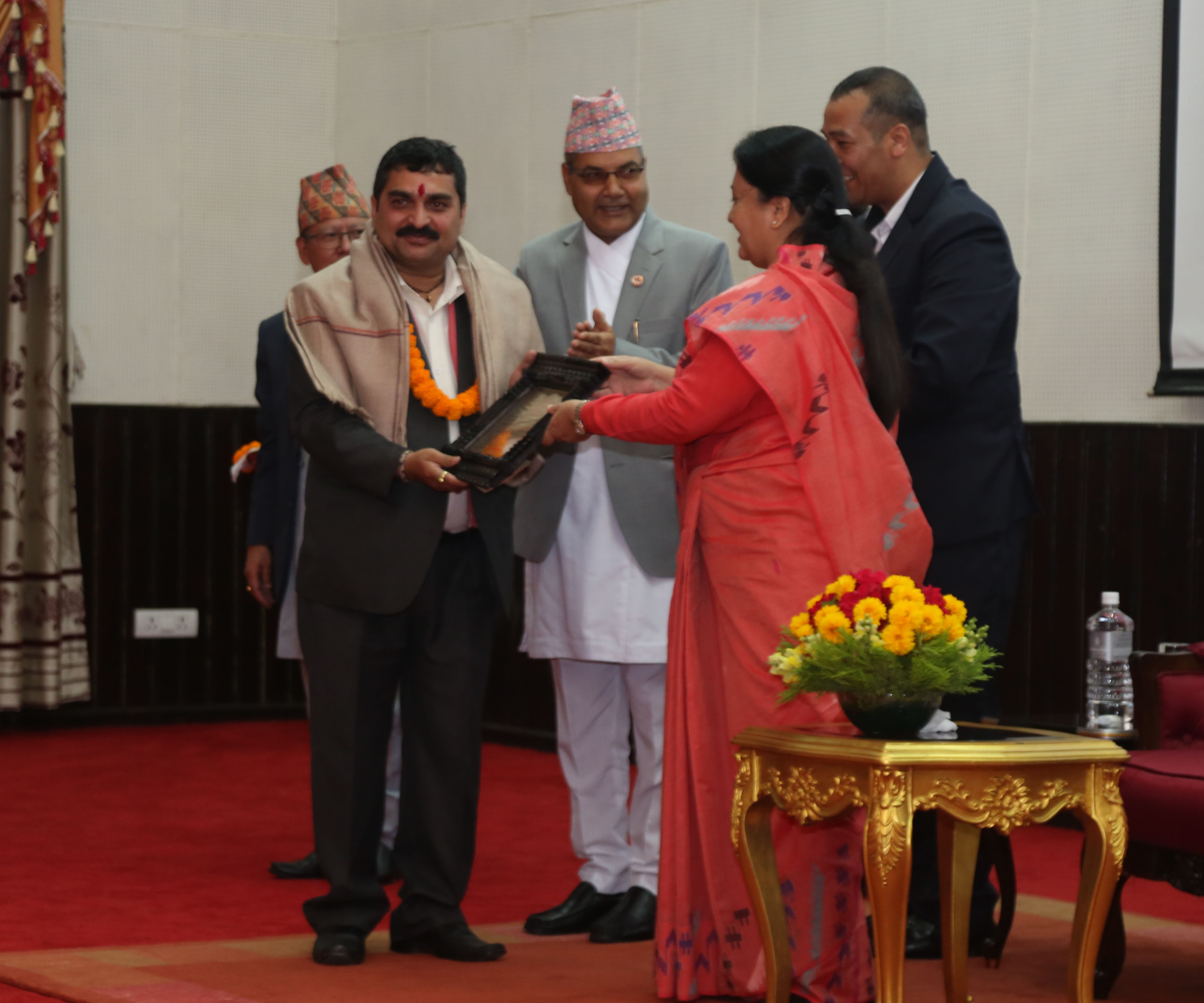 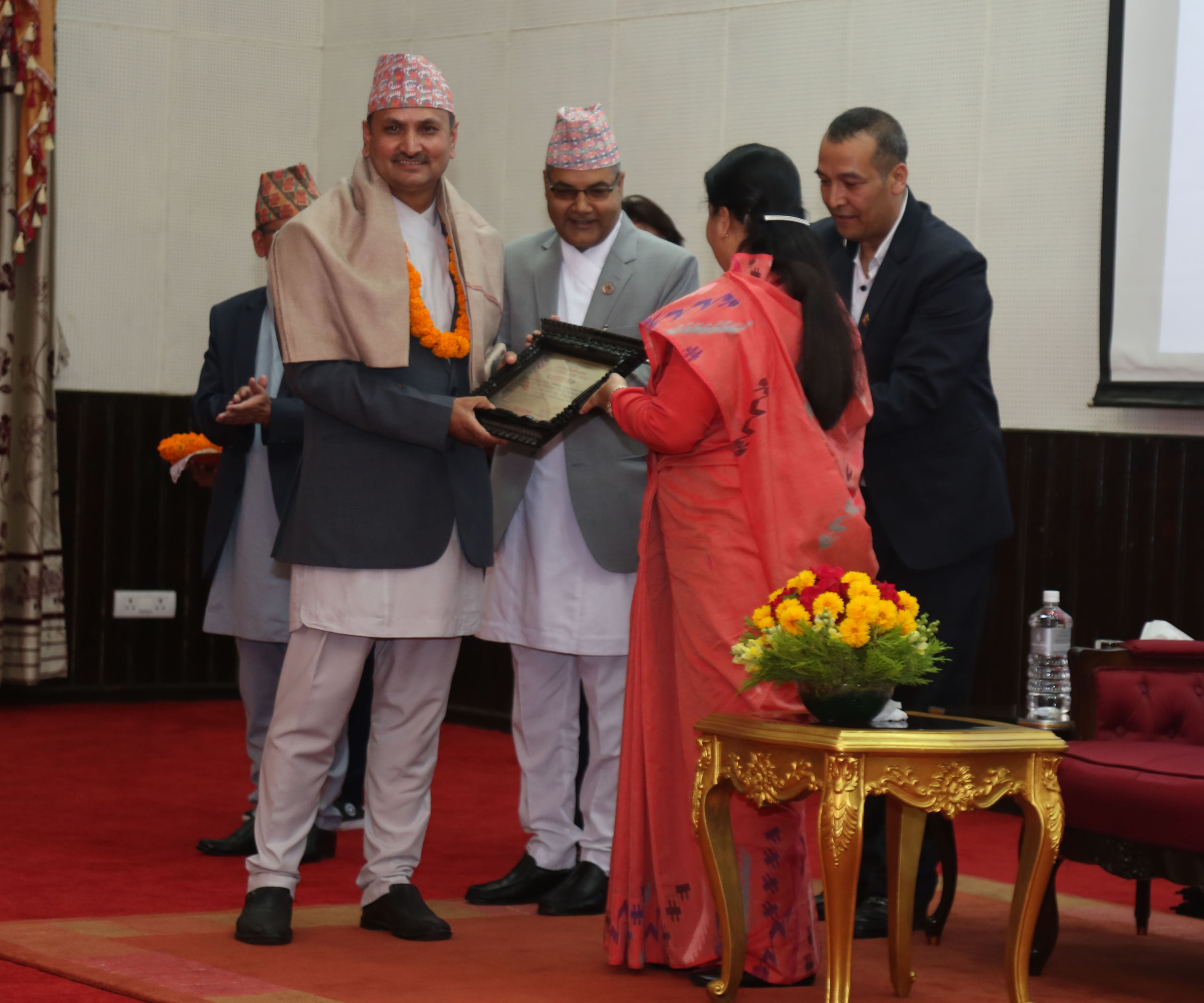 Hotel industry should be made an industry of national priority thru law: HAN President Rana
10 hours ago