President calls for PM's election in a week 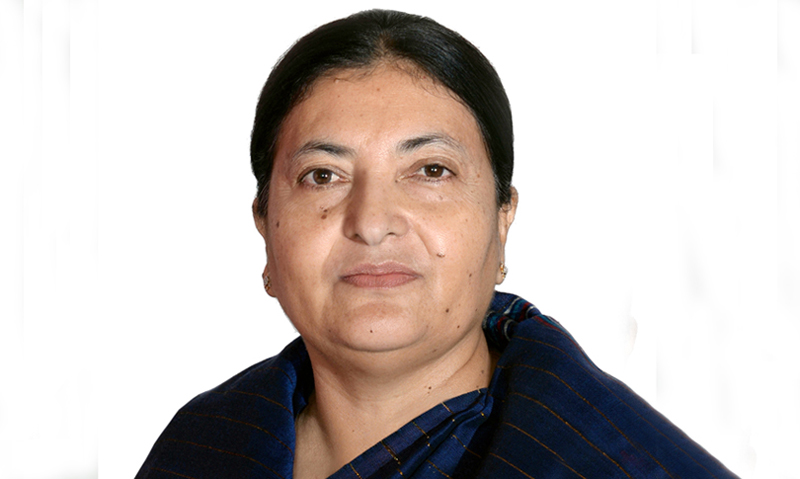 KATHMANDU, July 25: President Bidya Devi Bhandari has called for the election of the new prime minister on the basis of a political consensus in a week.

She made the call in accordance with Article 305 (removal of constitutional difficulties) and Clause 2 of Article 298 of the Constitution of Nepal.

Assistant Spokesperson at the Office of the President, Keshav Prasad Ghimire said, "The President has called on the political parties represented in the Legislature-Parliament to elect a new prime minister within a week and form the government in his/her chairmanship."

Earlier, President Bhandari had consulted the top leaders of the main political parties on the current political situation. At the consultation meeting held for nearly two hours at President's residence, Shital Niwas, Chairman of the CPN-UML and Prime Minister KP Sharma Oli, Nepali Congress President Sher Bahadur Deuba and Chairman of CPN (Maoist Centre) discussed the ways ahead for formation of a new government and other contemporary issues.

According to media expert to the President, Madhav Sharma, the meeting discussed how the constitution could be implemented based on a political consensus and new government formed. However, the top leaders did not respond to media persons after the meeting. RSS

Chitwan extends prohibitory order for a week
19 hours ago