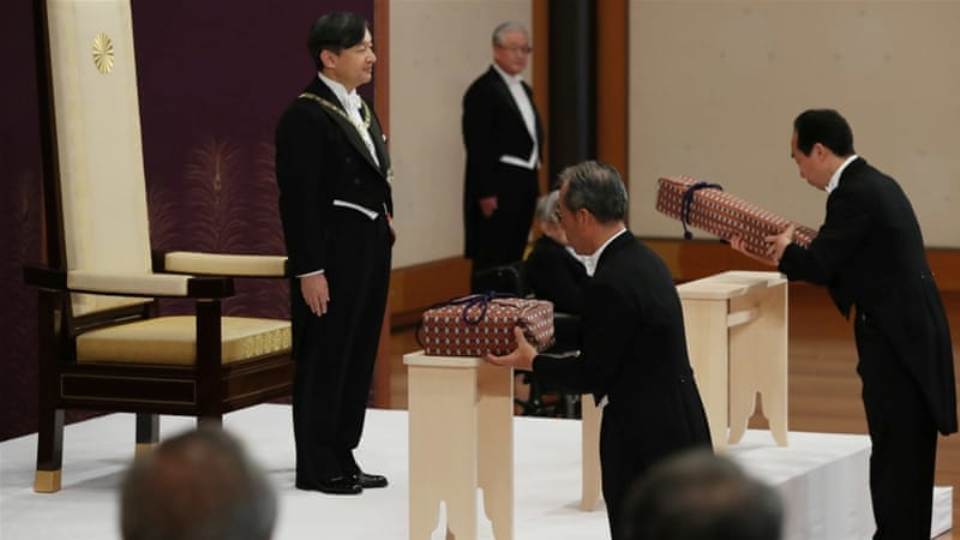 KATHMANDU, May 1: President Bidya Devi Bhandari has sent a message of felicitations to Naruhito, the new Emperor of Japan, on the occasion of his accession to the throne, on Wednesday.

In her message, President Bhandari expressed her confidence that the age old friendly, cordial and cooperative relations subsisting so happily between the two countries will be further strengthened and consolidated during the “Reiwa” Era, which began with Naruhito’s accession to the throne today.

The president has also extended her felicitations for the good health, and happiness of the Emperor as well as continued peace, progress and prosperity of the friendly people of Japan during the "Reiwa" Era, according to a press release issued by the Ministry of Foreign Affairs.

Emperor Naruhito's reign began Wednesday in Japan as he ascended the Chrysanthemum Throne marking the beginning of a new imperial era in the country.

59-year-old Naruhito has become Japan's 126th emperor according to the traditional order of succession following the abdication of his father Emperor Akihito the previous day.

TOKYO, May 1: Japan's new Emperor Naruhito has formally ascended the Chrysanthemum Throne, a day after his father Akihito abdicated from the... Read More...