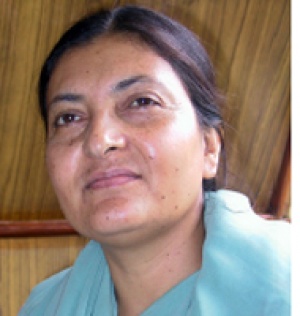 KATHMANDU, May 16: President Bidya Devi Bhandari left Colombo for Kathmandu this afternoon upon the completion of her four-day official visit to Sri Lanka, according to the Embassy of Nepal, Colombo.

She had a meeting with former President of Sri Lanka Chandrika Bandaranaike Kumaratunga in Colombo today itself. Views upon empowerment of women, women's participation in the social development and politics and issues of common concerns were discussed during the meeting.

She also participated in a program on Women Empowerment organized in her honour by Minister of Women and Child Affairs of Sri Lanka in Colombo the same day.

Moreover, on 15 May, the President paid homage to the Keleniya Temple in Colombo which is believed to be visited by Gautam Buddha after attaining enlightenment.

She also participated in an interaction program with the Nepali Community and dinner reception hosted by Embassy of Nepal in her honour in Colombo on 15 May, added the Embassy. RSS

President Bhandari to visit Sri Lanka from May 13 to 16

KATHMANDU, May 11: President Bidya Devi Bhandari is paying an official visit to Sri Lanka from 13 to 16 May... Read More...