A contingent of Nepali Army offered 21-gun salute to President Bhandari on the occasion.

Nepal and UAE had established diplomatic relations on January 22, 1977.

According to Ministry of Foreign Affairs (MoFA), President Bhandari and the crown prince will hold official meeting in Abu Dhabi on matter of mutual interests between the two countries.

The president is also scheduled to visit Emirate of Dubai and meet Nepali community at a function organized by the Embassy of Nepal in UAE during her four-day stay in the Gulf nation.

President Bhandari is scheduled to return home on November 30. 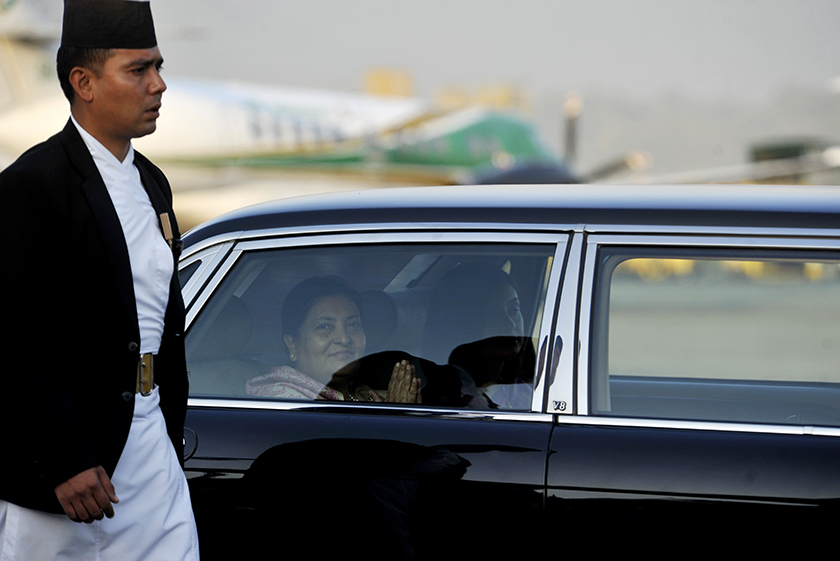 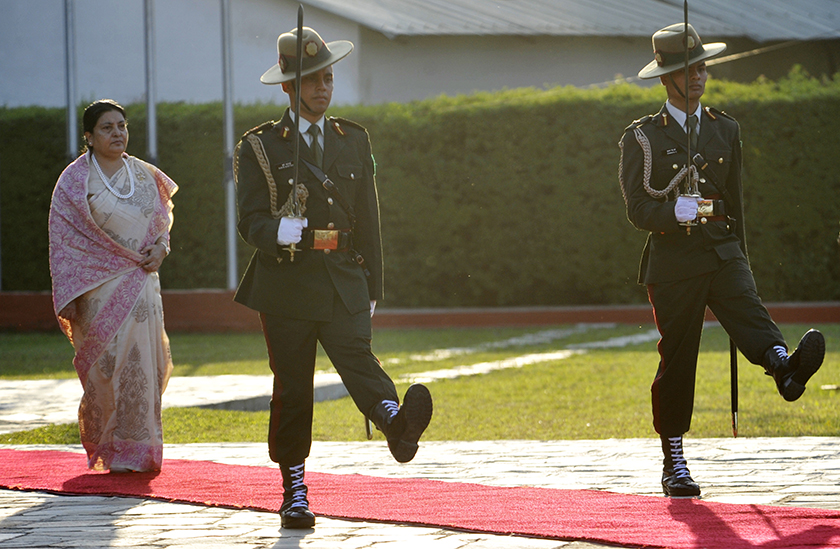 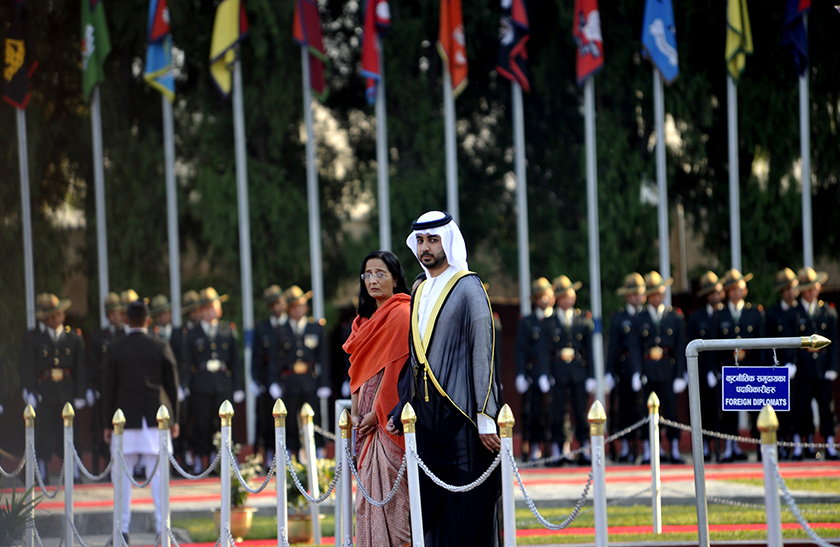 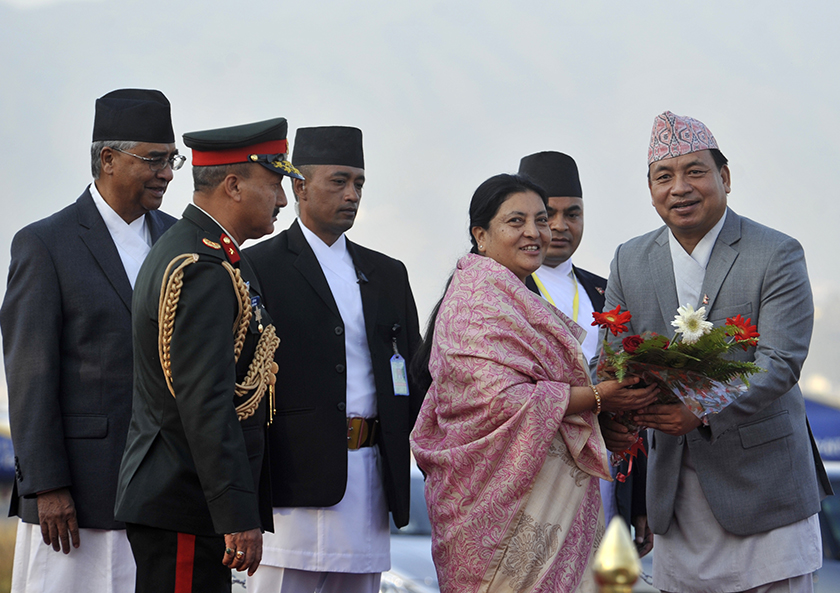 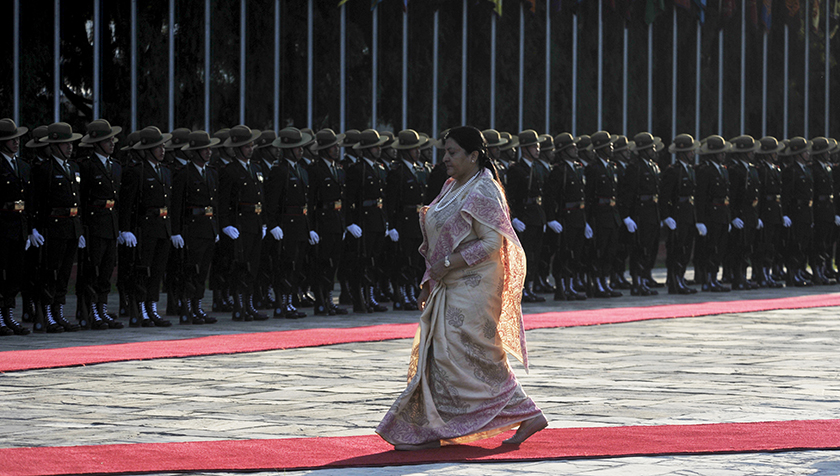 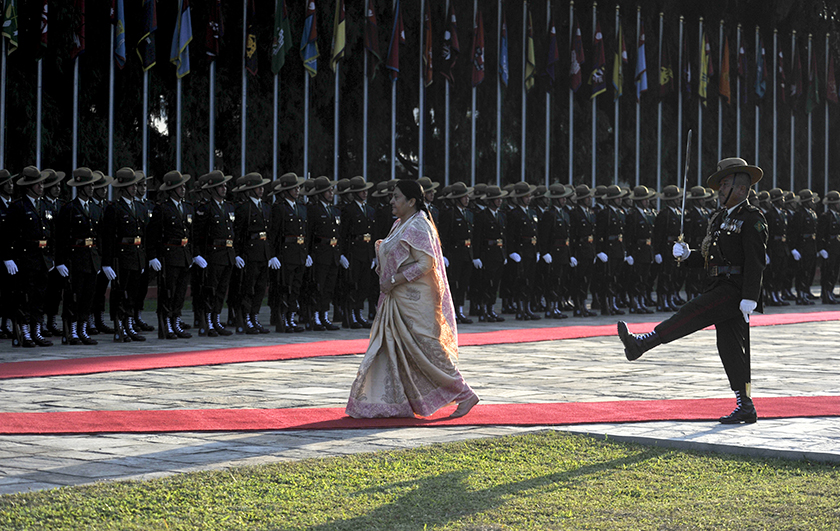