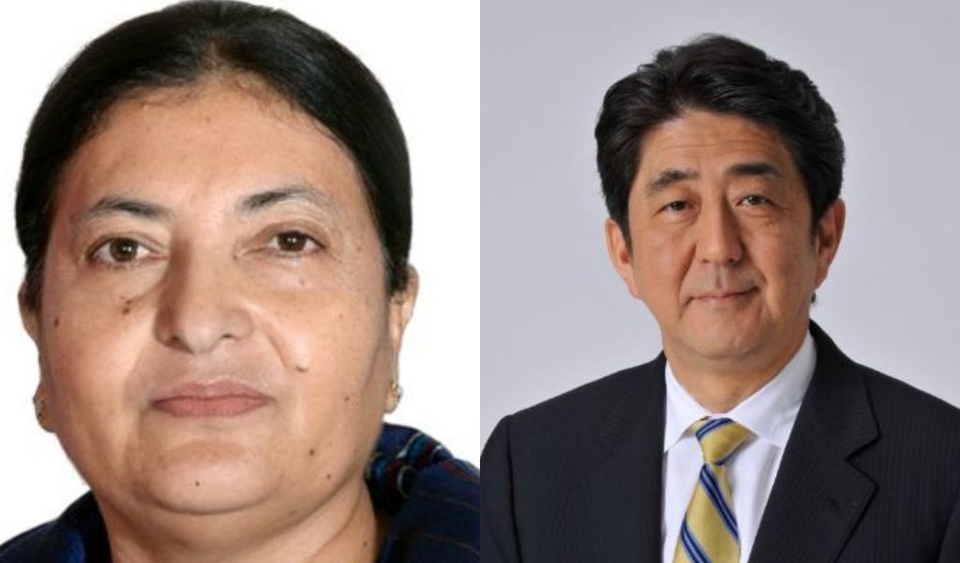 During the meeting, substantive views were exchanged on the key aspects of bilateral relations that covered infrastructure development, trade expansion, investment promotion, human resources development, and tourism promotion among others, according to a press release issued by Nepali Embassy in Tokyo.

She also expressed deepest condolences to the Government and the people of Japan on the loss of people and property caused by the devastating Typhoon Hagibis that occurred recently in different parts of Japan.

On his part, Abe sincerely thanked Bhandari for accepting the invitation to attend the Ceremony of Enthronement and expressed happiness to welcome her as the President of Nepal for the first time in Japan.

Both sides also expressed views on exchanging high-level visits between the two countries, according to the press release.

Minister for Home Affairs Ram Bahadur Thapa ‘Badal’, Foreign Secretary Shanker Das Bairagi, Ambassador of Nepal to Japan Prativa Rana, Secretary at the Office of the President Hari Paudel, Principal Private Secretary to the president Bhesh Raj Adhikari and other high-ranking officials of the Office of the President and the Ministry of Foreign Affairs of the Government of Nepal were present during the meeting.

KATHMANDU, Oct 18: President Bidya Devi Bhandari is paying an official visit to Japan from October 20 to 22 to... Read More...