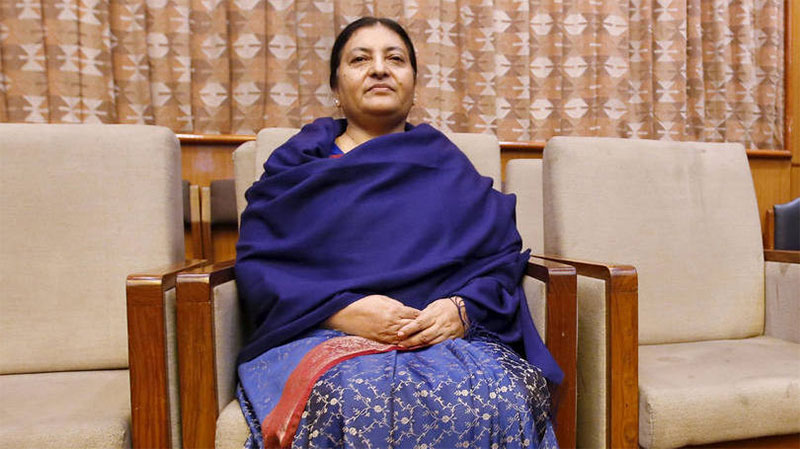 The meeting with the political parties represented in Parliament will take palce at Sheetal Niwas at 4 pm today.

The meeting has been called at a time when the political parties are sharply divided over the constitution amendment bill registered in Parliament.

“President Bhandari has been concerned with the latest political development,” a source at Sheetal Niwas told Republica Online, adding, “She has called an all party meeting in a bid to seek a political solution to the current imbroglio.”

Bhandari has been urging the top leaders of the major the political parties to bail the country out of the current political deadlock through consensus.

Women's economic and social prestige should be enhanced: President Bhandari