KATHMANDU, Oct 2: President Bidya Devi Bhandari has stressed that achieving women’s empowerment and gender equality is the only path to justice, peace, and progress.

Addressing the ‘High-level Meeting on the Twenty-Fifth Anniversary of the Fourth World Conference on Women (Beijing+25)’ on Thursday,  the president said that despite the steady progress achieved in 12 critical areas of the Beijing Declaration and Platform for Action, gaps and challenges persist in the full realization of women’s rights.

She expressed concerns on the existing structural inequalities, further aggravated by the COVID-19 pandemic, and called for timely medical care, equal access to vaccines and robust recovery plans to address the economic and social needs of women and girls. 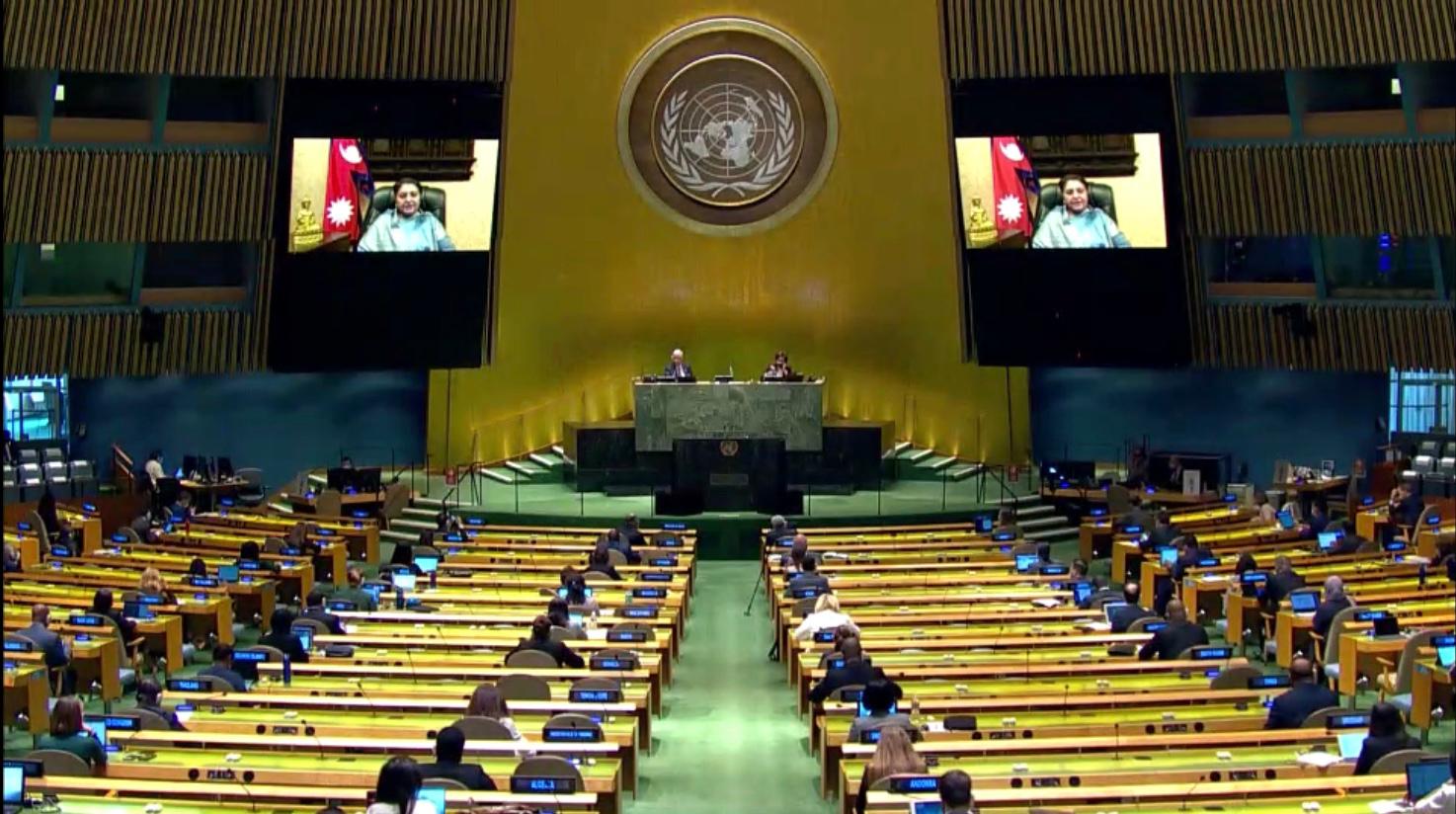 While highlighting Nepal’s major achievements on women’s empowerment, the President stated that the gender agenda was mainstreamed as an integral part of national development. We have strengthened law enforcement and implemented targeted interventions to end gender-based violence and discrimination, she mentioned.

The president underlined the need for continuing the movement of women's empowerment until gender stereotypes were eliminated, long-standing inequalities rectified, and full gender equality achieved. She also reiterated the necessity to match commitments with action at national, regional, and international levels.

The meeting was held under the theme ‘Accelerating the realization of gender equality and the empowerment of all women and girls’ on the margins of the 75th Session of the UN General Assembly. A total of 175 leaders including 42 heads of state/government, five vice presidents, and 111 ministers spoke on the occasion.

One killed, 22 injured in bus accident
34 minutes ago