Preparations on for special puja by Indian President at Pashupatinath 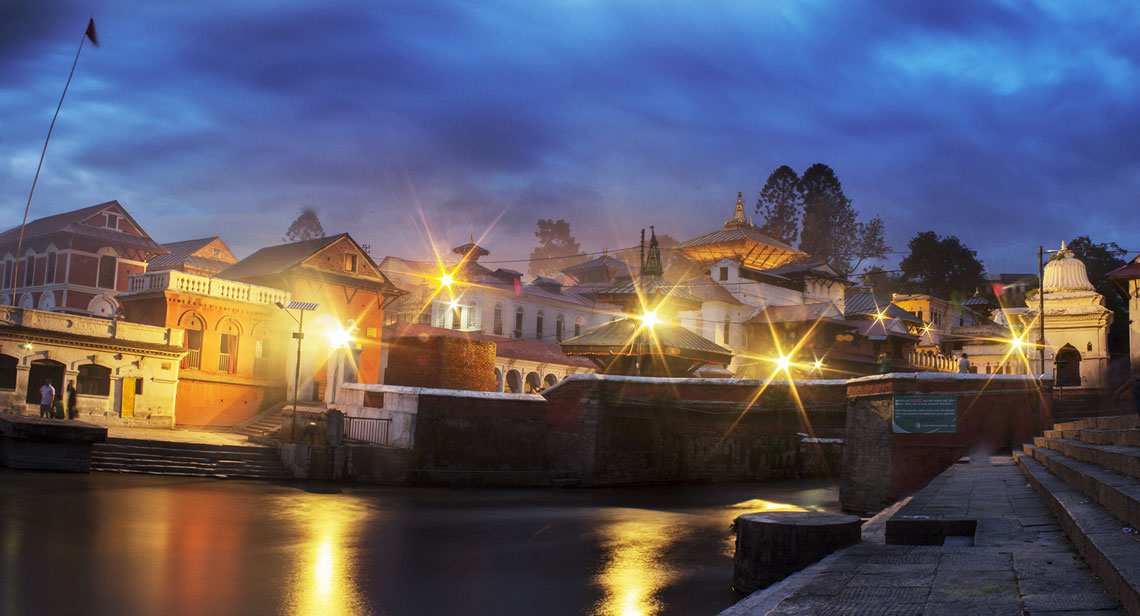 KATHMANDU, Oct 30: Preparations for the special puja to be performed by Indian President Pranab Mukherjee at Pashupatinath temple are underway.

Preparations have begun after information was received that President Mujherjee will be performing a special puja of Pashupatinath on the morning of November 3, said member-secretary of the Pashupati Area Development Trust Dr Govinda Tandon.

"President Mukherjee will be guided for the special puja by the main priest Ganesh Bhatta while 22 Baidik Pandits will perform the Baidik Rudrabhishek," he said.

The Indian President will be welcomed by Dhime baja, Panche baja and other traditional music and sound following his entry to the Pashupati premises from Gaushala chowk. Gargi Kanya Gurukul students will be lining up on two sides of the path to receive the President, who will be welcomed with Swasti Bachan by 108 Batuks of Nepal Bed Bidhyashram upon his entry from the western main gate of the Pashupatinath temple.

The area is being cleaned up and adorned with welcome gates for the special puja. Security measures have been tightened considering the President's visit, the Metropolitan Police Circle, Gaushala said.

After completing the special puja, the President will be signing the visitor's book and will also receive a token of love as a gift from the PADT. This will be a first visit by the Indian President to the Pashupatinath Temple after a span of 18 years. Prior to this, then President K.R. Narayanan had visited the temple. Indian Prime Minister Narendra Modi had paid obeisance along with a special puja at the temple in August 2014.

The Pashupatinath Temple in Kathmandu is one of the most revered pilgrimage sites for Hindus around the world. RSS

KATHMANDU,   Nov 3: Indian President Pranab Mukherjee, who is on a three-day state visit to Nepal, has performed a special... Read More...

Vitamin 'A' being administered to over 2.71 million kids Thursday and Friday
49 minutes ago