Preparation over for 1st-phase local polls, EC urges all to vote confidently 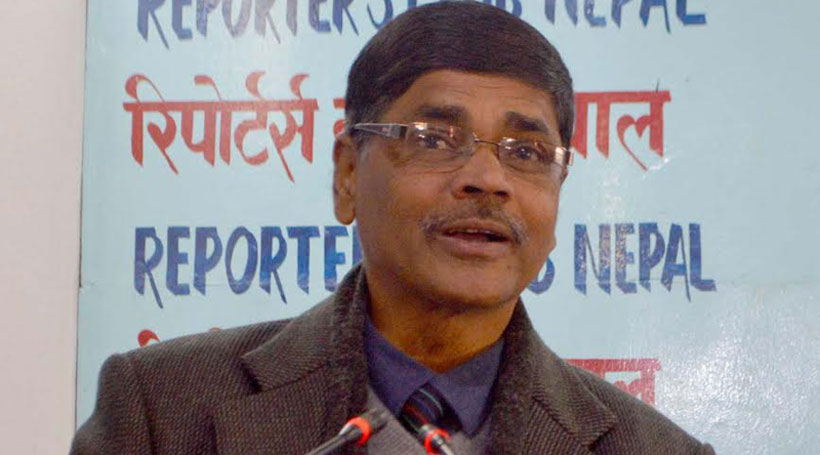 KATHMANDU, May 13: As the country goes to the polls for the first phase of local level election tomorrow, the Election Commission (EC) has reaffirmed completion of all its preparation for it and urged one and all eligible voters to exercise their franchise without any fear.

Speaking at a special press conference organized by the EC at its media centre on  Saturday, Chief Election Commissioner Dr Ayodhee Prasad Yadav shared that the necessary preparations have been completed for the security arrangements for the poll being held across 34 districts of province no 3, 4 and 6.

"I appeal to all the voters to cast their votes without any fear as the necessary security mechanism has been put in place," urged Dr Yadav.

The election is a part of the process for the effective implementation of the new constitution promulgated through the constituent assembly, he said, highlighting the need for the voters for voting the right way for the right candidates.

It was also shared that 160 women and 169 men candidates were already elected unopposed.
The observation of the election will be conducted by the officials of the EC as well as representatives from various 49 organizations.

The election officers facilitating the voters have been urged to prioritize facilitation for the voters with physical disability, pregnancy, old age or malady. RSS

KATHMANDU, August 20: The Election Commission (EC) has urged the government to arrange fool-proof security for the third round of... Read More...

KATHMANDU, April 4: The Election Commission (EC) is preparing to conduct elections in all 744 local units regardless of the... Read More...

Nepse inches up 4.97 points, while daily turnover amount dips to Rs 1.76 billion on Wednesday
35 minutes ago