Preparation for second phase of election at final stage: EC 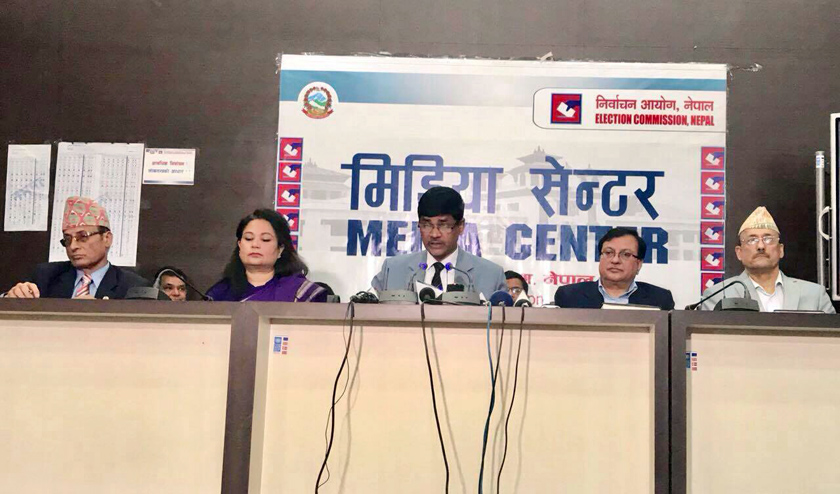 KATHMANDU, June 17: The Election Commission (EC) has said that the preparation for the second phase of local level elections is at its final stage.

Organizing a press meet on Saturday, the Chief election Commissioner Dr Ayodhee Prasad Yadav urged the political parties and independent candidates to file the nomination on Sunday with great enthusiasm.

The EC has scheduled June 18, Sunday for the nomination of the candidates from 8 am till 4 pm. During the press meet, the EC has informed that there will be four thousand five hundred 81 election area and eight thousand three hundred 64 polling centers.

The EC is holding the second phase of elections on June 28 in Provinces 1, 5 and 7 under which the voters will choose their local representatives in one metropolis, seven sub-metropolises, one hundred one municipalities and two hundred 15 rural municipalities.

The EC had concluded the first phase of local level elections in 34 districts of province number 3, 4 and 5 on May 14 whereas the election in Province no 2 is rescheduled for September 18.

Preparation for second round local election in final phase in Siraha

LAHAN, June 12: Preparation for the second round of local-level election scheduled for June 28 is in final stage in... Read More...