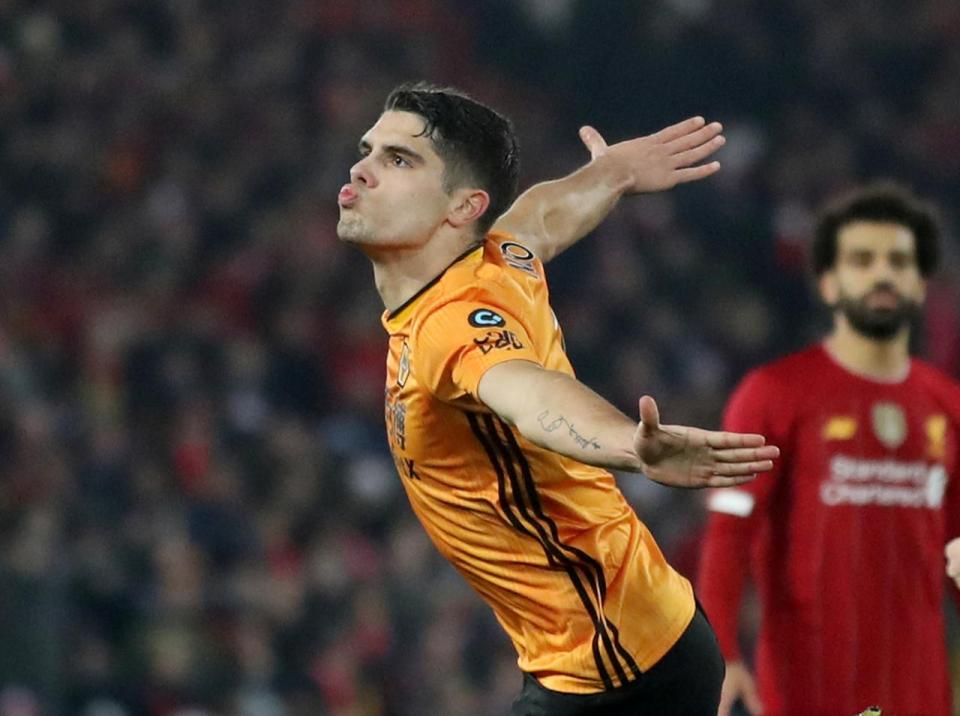 Wolverhampton Wanderers equalised just before halftime against Liverpool at Anfield on Sunday to set-up a thrilling 45 minute battle for the three points.

But in a room more than 200 miles away, Pedro Neto’s goal, celebrated with wild joy by the player, was ruled out for a barely visible offside.

Crystal Palace, Brighton & Hove Albion, Norwich City and Sheffield United all had goals ruled out for the slimmest of margins.

“It’s not football anymore” sang the Sheffield fans at Manchester City, along with a shorter, less kind, verdict on VAR which united both sets of supporters.

The system is, as Pep Guardiola surmised “a big mess”.

Those who believed that the ‘progress’ of technology would remove the controversy from the game have been shown to be off the mark.

Instead it is the decisions made in the room by Heathrow airport that are the controversy.

There is merit in the suggestion, by former Liverpool manager Graeme Souness on Sky Sports, for the offside law to be changed so that an attacker is deemed onside if any part of his body is onside.

But welcome though that reform would be, with VAR we would still be debating the millimetres, just from a different measuring point.

The obvious answer is to scrap VAR and return to the fair and honest assessment of a referee and his assistants on the field. But too many in the game have pre-determined that VAR has to be a success.

Perhaps the best fans can hope for is that the use of VAR is drastically limited and one way for that to happen is to follow cricket, tennis and American football and introduce a limited two ‘challenges’ per team with the referees verdict backed when it is too close to call.

HAALAND DEAL FAILURE IS A BLOW FOR UNITED

It was no secret that Manchester United manager Ole Gunnar Solskjaer was very keen to bring in highly-rated 19-year-old Norwegian compatriot Erling Haaland in the January window.

Instead the striker moved from Salzburg to Borussia Dortmund with media reports suggesting United had been unable to structure the deal with Haaland’s agent Mino Raiola.

United are showing promise under Solskjaer but if they want to start competing for the top prizes again then they need to start getting their recruitment right.

WHEN THE GOING GETS TOUGH...

It’s rarely a foreign manager with no track record in England that clubs turn to pull them out of trouble.

After struggling Watford turned to Nigel Pearson, they have won two, drawn two and lost just once and clawed themselves off the bottom of the table.

Now West Ham United have turned back to David Moyes following the dismissal of Manuel Pellegrini. The Hammers fans are reported to be uninspired but what really matters is that their team, a point off the drop-zone, pick up enough points to stay in the top flight.