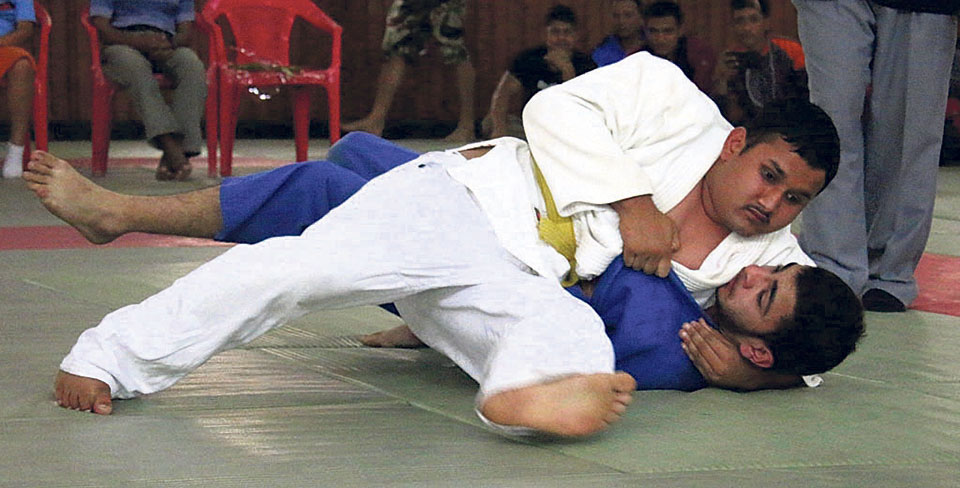 In the tournament organized by the Nepal Deaf and Blind Para Judo Association, with the help of the National Sports Council (NSC), Kiran Dahal won the gold in men’s U-50 kg, Ananda Pandey won in the U-60, Aaditya Sherpa bagged in the U-66 kg and Manoj Bhatta claimed gold in the U-73 kg.

Likewise, Sima Tamang, Smarika Pokharel, Srijana Chaudhary and Barma Budha Magar bagged the gold medals in the U-36 kg, U-40 kg, U-44 kg and U-48 kg weight categories respectively.

The Member Secretary of the NSC Keshav Kumar Bista and the Mayor of Kirtipur Municipality Ramesh Maharjan, among others, handed over the prize to the winners.

A total of 22 players took part in nine different events in the one-day tournament.

Shrestha to leave for Japan
The senior Vice President of the association, who is also the General Secretary of the Nepal Judo

Shrestha is leaving for Japan to take part in the International Blind Sports Association seminar. The seminar is taking place in the headquarter of the association from June 14 to 18 in Tokyo.

Bista also bid him farewell on the same program.

KATHMANDU, Oct 23: Nepal has won a total of 21 medals including six gold medals in the 7th Tirak International... Read More...