PPA will be signed on the basis of market certainty: Energy Minister Bhusal 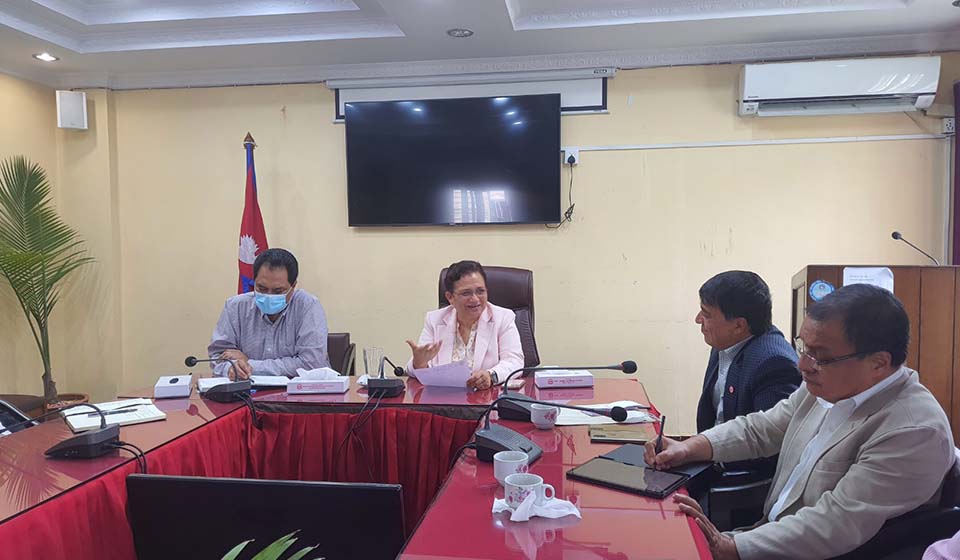 KATHMANDU, Sept 29: Minister for Energy, Water Resources and Irrigation Pampha Bhusal has said that power purchase agreements (PPAs) will be signed on the basis of market certainty from now onward. Talking to a delegation of the Federation of Nepalese Chambers of Commerce and Industry (FNCCI), she said that the new PPAs would be taken forward only after studying the balance of supply and demand.

The FNCCI delegation had reached the ministry with the demand that the proposal to increase the demand fee be put on a halt and the PPAs that have seen no progress be taken forward.

Minister Bhusal said, "PPAs cannot be signed without preparing the objective basis." Stating that the domestic investment in hydropower generation is positive, she said, we are positive about the construction of the project by the FNCCI. Minister Bhusal stressed the need for the federation to take initiatives to set up industries that consume more electricity and bring in such industries.

KATHMANDU, Nov 16: Minister for Energy, Water Resources and Irrigation Pampha Bhusal has said that the government is ready to... Read More...

Problems of private sector can be resolved through dialogue: Energy Minister Bhusal

KATHMANDU, Sept 29: Minister for Energy, Water Resources and Irrigation Pampha Bhusal has assured that the government would resolve the... Read More...

People below poverty line should be given free electricity: Energy Minister Bhusal