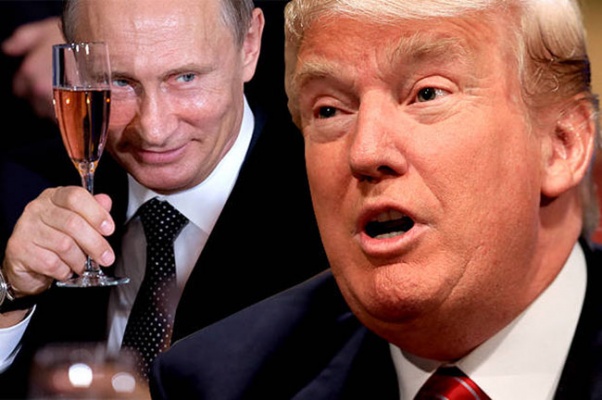 Machiavelli understood that fear and love are not opposites, and that the opposite of love—hatred—is dangerous for leaders

A trend toward greater authoritarianism seems to be spreading worldwide. Vladimir Putin has successfully used nationalism to tighten his control over Russia and seems to enjoy great popularity. Xi Jinping is regarded as China's most powerful leader since Mao Zedong, presiding over a growing number of crucial decision-making committees. Turkey's president, Recep Tayyip Erdoğan, recently replaced his prime minister with one more compliant with his drive to concentrate executive power. And some commentators fear that if Donald Trump wins the US presidency in November, he could turn out to be an "American Mussolini."

Abuse of power is as old as human history. The Bible reminds us that after David defeated Goliath and later became king, he seduced Bathsheba and deliberately sent her husband to certain death in battle. Leadership involves the use of power, and, as Lord Acton famously warned, power corrupts. And yet leaders without power—the ability to cause others to do what we want—cannot lead.

This third group turned out to be the most effective leaders, which brings us back to Acton. But power is not good or bad per se. Like calories in a diet, too little produces emaciation, and too much leads to obesity. Emotional maturity and training are important means of limiting a narcissistic lust for power, and appropriate institutions are essential to getting the balance right. Ethics and power can be mutually reinforcing.

But ethics can also be used instrumentally to increase power. Machiavelli addressed the importance of ethics for leaders, but primarily in terms of the impression that visible displays of virtue made upon followers. The appearance of virtue is an important source of a leader's soft power or the ability to get what one wants by attraction rather than coercion or payment. Indeed, for Machiavelli, a prince's virtues should only be apparent, never real. "I will even venture to affirm that if he has and invariably practices them all, they are hurtful, while the appearance of having them is useful."

Machiavelli also stressed the importance of the hard power of coercion and payment when a leader faces a tradeoff with the soft power of attraction, "since being loved depends upon his subjects, while his being feared depends upon himself." Machiavelli believed that when one must choose, it is better to be feared than to be loved. But he also understood that fear and love are not opposites, and that the opposite of love—hatred—is particularly dangerous for leaders.

The anarchic world of Italian Renaissance city-states was more violent and dangerous than that of today's democracies, but elements of Machiavelli's advice remain relevant to modern leaders. In addition to the courage of the lion, Machiavelli also extolled the strategic deceptiveness of the fox. Idealism without realism rarely reshapes the world, but as we judge our modern democratic leaders, we should keep both Machiavelli and Acton in mind. We should look for and support leaders who possess an ethical element of self-restraint and a need for achievement and affiliation as well as for power.

But there is another aspect of Acton's dilemma besides the ethics of leaders: the demands of followers. Leadership is a combination of leaders' traits, followers' demands, and the context in which they interact. A Russian public anxious about its status; a Chinese people concerned about rampant corruption; a Turkish population divided over ethnicity and religion: All create enabling environments for leaders who feel a psychological need for power. Similarly, to satisfy his narcissistic need for power, Trump magnifies the discontent of a part of the population through clever manipulation of television news programs and social media.

This is where institutions play a crucial role. In the early United States, James Madison and the new country's other founders saw that neither leaders nor followers would be angels, and that institutions must be designed to reinforce restraints. They concluded from their study of the ancient Roman Republic that what was needed to prevent the rise of an overweening leader like Julius Caesar was an institutional framework of separation of powers, whereby faction would balance faction. Madison's answer to the possibility of an "American Mussolini" was a system of institutional checks and balances ensuring that the US would never resemble Italy in 1922—or Russia, China, or Turkey today.

The American founders wrestled with the dilemma of how powerful we want our leaders to be. Their answer was designed to preserve liberty, not maximize government efficiency. Many commentators have complained about institutional decay, while others point to changes—such as the advent of reality television and social media—that have coarsened the quality of public discourse. Later this year, we may find out how resilient the American founders' framework for power and leadership really is.

PM starts consultation with Madhesi leaders to convince them for election