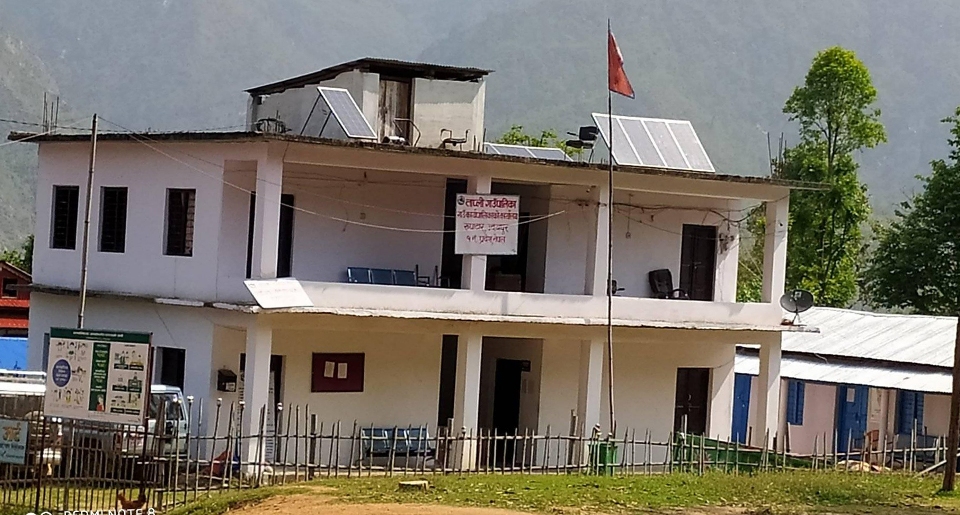 The blast which took place at 1AM has damaged the cabin, help desk, and furniture inside the rural municipality chairperson Uddhab Thapa and vice chairperson Kamala Maya Rai's offices. The IED went off on the veranda of the first floor of the rural municipality office. The explosion has also destroyed a table, a chair and a carpet inside the office.

Locals said that a suspected object that looked like a bomb has also been found at the entrance of the rural municipality office.

"It is still unclear what kind of explosion occurred there. It seems that it was an improvised explosive device. We are launching an investigation into it," Dahal told Republica. He also vowed to leave no stone unturned to nab those involved in the explosion.

Rural Municipality Chair Thapa said that it was still unclear who was involved in the blast.

The rural municipality office is located on the premises of Rupatar Secondary School.

UDAYAPUR, Dec 23: Property worth over Rs 30 million was reduced to ashes after a diesel-filled tanker parked near Saurya... Read More...

UDAYAPUR, Feb 20: A normal life has been affected in the district due to bandh called by Communist Party of... Read More...

Measures to continue paragliding business in Pokhara will be explored: Minister Shrestha
50 minutes ago