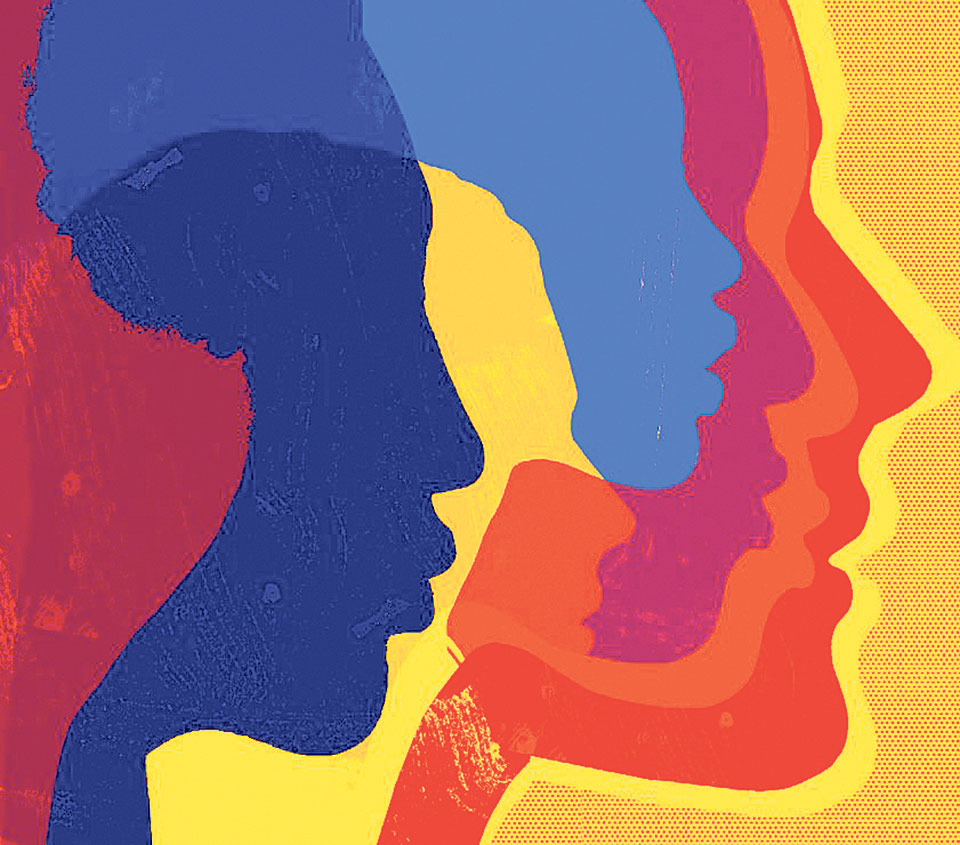 Smita is back to normal life. She has resumed regular office work. Looking at her, nobody can imagine the battle she just fought—the battle against the most the terrible, horrific, traumatic moment in her life. She appears as optimistic as ever and enjoys the present moment looking forward for a better future with great enthusiasm. She is full of energy, compassion and zeal. I have never seen anyone so resilient like her.

She has her distinct identity. An important facet of her personal identity is that she is a wife of renowned editor Krishna Dhungana—a cheerful, down to earth, simple and a very joyful person. He is a wonderful man with exuberant soul. I always thought he was a ‘happy-go-lucky’ person. Now, I firmly conclude that he is the luckiest of all. Anyone who has wise, smart, bold and empowered wife is lucky for sure.

Ordeal of life
Krishna met with a terrible road accident despite using zebra crossing as a pedestrian while returning home one evening. He received a serious head injury with minimal chance of survival.

Next day when I went to the hospital, Smita was shaken to the core but was not crying. She did not let a single drop of tear disturb her eyes that had already imagined and seen what lied ahead of such precarious moment. She stood firm and determined to bring him back to life. Doctors were preparing her mentally. She had been told that there was zero percent to nominal chance of survival when Krishna was brought to the Trauma Center. She did not give up. She chose to stand firm instead. She did not allow herself to break down. Instead, she chose to hope. If I was in her shoes, I would be devastated, shattered to pieces with no hope of picking myself up. She certainly had a fair share of her despair but she did not allow it to demean her hope.  “Stay strong” was all I could say. But she stood stronger than I was.

In Nepal, unfortunately the relative of the patient undertakes more than 90 percent managerial responsibilities from blood to surgery tools. She mobilized her network and contact. Krishna received immediate lifesaving response which turned out instrumental in restoring the chances of his survival. The glimmer of hope steadily increased with succeeding days. She clung to every little sign of progress. She smiled a little. After a couple of days, the oxygen mask was removed. He started breathing by himself. With every sign of movement she was grateful thinking the trauma would not risk his mobility. He then started hearing. It was another sign to be ecstatic for her. He started uttering words and speaking random things. She was mesmerized. And finally he came back to his sense after two weeks in intensive care unit. Throughout this time, she waited outside day and night. She ran around. She called out to people around her to lift him from bed and rush him to CT scan room twice a day. Unfortunately, the hospital didn’t have the appropriate arrangement and the kins had to handle it. She would make sure to handle his head as delicately as possible.

Then there was this tiresome saga of police matters involving the rider responsible for accident. It was double edged sword. On the one hand there is love of your life struggling to survive and on the other hand cumbersome hassle of dealing with families of the rider. They would argue with her. Instead of regretting, they would resent and take her indifference toward them as her means to extort more money out of compensation. Likewise, necessary formalities with police administration were also taking a toll on her—no matter how irritating or cumbersome it gets, it cannot be avoided. In the midst of all she never appeared exhausted. How can someone be so mentally tough? Born as the eldest one, I know she was raised a responsible child—took full time job, studied and supported her parents and two younger siblings since she was very young. This might have influenced and shaped her but could not be enough to prepare her this way to face life at toughest juncture. It remains like a riddle for me.

Finally, Krishna was moved from ICU to ward. Ward in trauma center was crowded and faced acute shortage of nursing staffs. Smita saw for herself precarious situation of other trauma patients. They were hanging between life and death for many months and years. She compared her beloved husband with other patients. She realized he was in much better off position. She emerged even more optimistic. Krishna was taken home. She thought he would get proper care at home rather than at overcrowded scantily resourced ward. Then there comes the chapter of compensation and courts. She handled it with courage and compassion. The compensation amount was not sufficient even to cover the initial phase of his treatment let alone series of follow ups and treatments. She was compassionate towards the accused. She was not up to get the needful amount for treatment which would force someone to sell of his property and put him under severe financial pressure. She even treated him with kindness even though his kins again resorted to humiliation and mistreatment.  They did not acknowledge her kindness and generosity. They thought she was alone and helpless woman unable to deal with all those entanglements. They took her as a poor woman upon whom their will can be easily imposed and she had no other choice besides accepting their unfairness. They failed to acknowledge her humility, forgiveness, compassion and toughness.

Empowerment matters
Watching this journey and following it up very closely, I realized the importance of woman empowerment more than ever in my life. Doctors helped but she literally saved her husband from the mouth of death. She denied to be bogged down. She pulled her contacts, professional networks, friends and families for necessary help and assistance. She was not just a helpless woman outside of ICU updating exhaustingly about the improvement and condition of Krishna to every single visitor and well-wisher at the hospital. She was bold and relentless. She did not sleep. Nights were longer than she ever thought they could be.  She did not eat right either. She was physically exhausted beyond the limit. But she was never downtrodden. Instead she mobilized her inner strength, good wishes and reached out for help from her colleagues, seniors and friends. People responded to her call. Both husband and wife had earned enough good hearted people which they considered as their only wealth. Money was never their priority. They never compromised with their integrity and ethics to make money. Smita raised her voice against crooked means of making fortune in her personal and professional life. She was even framed for it. It did not deter her. She was vocal and fierce. She was a role model in her professional circle. She has remained tough and strong.

Most men in our society see a strong woman as intimidating because they have been raised and lived their whole lives seeing women as timid, restricted and dependent. For them, women are good as long as they do not speak for equality.

It is not hard to notice that they find it difficult to accept such unconventional woman like Smita. But times have changed. More and more families are raising their daughters equal to their sons without any disparity in terms of educational opportunities and resources of self-development. Consequently, more and more women these days are educated, empowered and strong. An empowered woman is a blessing in troublesome situation of life. So, when you hear empowerment of woman and equality, bear in mind it is for all of our good. There is nothing to feel allergic about it. It is good for families, communities and the whole world. I wish every household in Nepal is raising future Smitas—compassionate, bold, educated, dauntless and, above all, empowered women.

RASUWA June 9: Six persons were injured when a mini truck met with an accident in Gosaikunda rural municipality on Sunday. Read More...

JAJARKOT, Feb 14: Four people have died and nine others sustained injuries in a bus accident that occurred at Rimna... Read More...

Child dies after being hit by bus

RAJBIRAJ, Oct 27: A child died after being hit by a bus carrying students here on Friday. ... Read More...