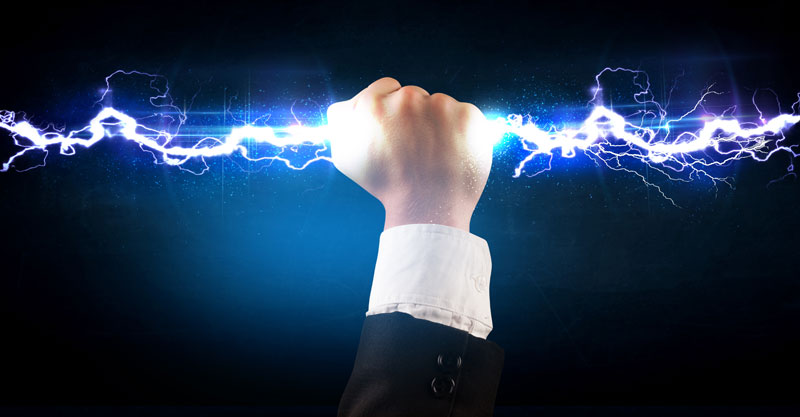 The national power utility should be handed over to the people. Federalism offers Nepal a unique opportunity to transform NEA
When Kulman Ghising, the Managing Director of the state-owned electric utility Nepal Electricity Authority (NEA), rose to speak at the Nepal Investment Summit in March, the audience gave him a standing ovation before he had even said a single word. Several in the audience nudged others around them who were still seated to stand up and clap. The spontaneous applause was a rare display of unanimity in Nepal and an indication of how deeply Ghising had penetrated the Nepali psyche.

Ghising is clearly our person of the year for his heroics in ending load-shedding (forced blackouts). Can he now transform a rickety state-owned enterprise into a modern electricity utility?

I’m sure there are many ways to do it. But the one that I have in mind requires him to do the unthinkable: hand NEA over to the people.

Federalism offers Nepal a unique opportunity to transform NEA. The proposition I offer is to devolve the distribution part of NEA to municipality-owned distribution utilities.

The municipal utilities must be autonomous, financially independent corporate entities empowered in all aspects of their management: purchasing power to meet demand, collecting end-user payments, managing their costs and revenues, and investing in their own growth.

The rural utilities operate in much the same way as municipalities except that because each one would be too small to bear overheads on their own, the utilities will be contained within a larger holding company. The company operates as a cooperative, centralizing power purchases, procurement, fiscal management and providing technical and managerial backstopping.

The idea of migrating from a monopoly utility to 261 small utilities in a system that does not generate even 2,000 MW may at first seem like overkill. But 261 is not a big number when you put things into perspective. There are, for instance, 125 political parties in Nepal. Political saturation, or cynical humour aside, the idea of many municipalities-owned utilities, is a forward-looking vision specifically engineered to Nepal’s socio-economic and political conditions. Among other competing models, it has the highest likelihood of catalysing the sector’s growth.

Modern grids are shrinking, devolving into a network of smaller grids. Enabled by advances in communications, remote management technologies and integration of distributed renewable energy resources, the future will be of smaller grids within an interconnected mesh. The best performing utilities are ones that are close to the customers.

The 21st century utility will be a village not the sprawling Roman Empire. As we build our new federation, we must build for the new century, not the last.

The best, perhaps the only, truly successful story of Nepal’s development has been around community ownership. There is unambiguous evidence from across sectors—health, education, forestry, water, energy, sanitation, roads—that community-owned operations yield better performance and long-term results relative to central state-owned entities.

Community ownership does have its limits: they are often unable to tap financial markets, to execute complex financial, technical and managerial operations, and occasionally end up further strengthening local elites instead of empowering the marginalized. Despite these limitations, on the whole, community-owned systems in Nepal exhibit stronger governance, oversight, accountability and transparency than centrally-owned entities.

The model of municipality-owned distribution company must be an enhanced second-generation version that retains the spirit of community ownership but modernizes the structure. The enhancements must include, for instance, transforming community ownership into corporate entities and public-private-partnerships that enable private investments and management, particularly from local communities.

Nepal already has a rich history of community-based systems on electricity. Following the 1990 Act that allowed communities to take over last mile electricity distribution and revenue collection, some 300 local electricity entities (companies, user groups and cooperatives) are already operating across the country.

For a long time, electricity reformers in Nepal have been seeking to unbundle NEA—i.e., restructure NEA into three independent and separate generation, transmission and distribution entities. Development partners have spent millions of dollars in expensive training, studies, reports, exposure visits and conferences to make this happen.

The evidence from developing countries with weak broader market maturity and high political interference is that unbundling doesn’t always lead to expected outcomes when it isn’t clear what will follow.

Unbundling in Nepal’s case has seemed like, to borrow from an American football expression, a “Hail Mary”—toss the football in the air in the final minutes of the game and hope that someone from your team catches it to run across the end line. In Nepal’s current political economy, unbundling without detailing what is to follow will only result in political bhad-phad (control-sharing).

The model would also usher in a vibrant power market as municipalities compete to purchase power. The wires company will emerge as a neutral load-dispatcher.

One big challenge of Nepal’s power sector is over-emphasis on investments for generation and transmission (to a lesser extent). There isn’t enough attention on investment in distribution, which is now a key bottleneck in the sector’s expansion. More importantly, perhaps, there is little discussion of how private sector investment and engagement can be leveraged on distribution. The model of municipality-owned utility enables private player participation in distribution, opening a new frontier for the power sector.

To think big on generation capacity—10,000 MW—we need to think local on distribution.

No power can stop people from electing their representatives: Oli

Tiwari is new DG of Department of Industry
21 minutes ago

NMA to provide relief to 3,000 tourism workers
27 minutes ago