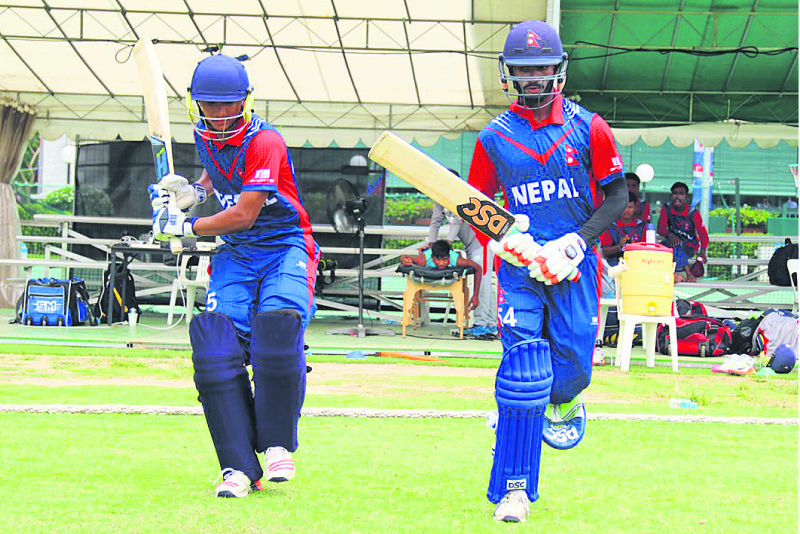 Nepal’s teams and athletes are still the underdogs like the Raptors and Warriors many years ago. But change is possible

On June 15, two millions people flooded the streets of Toronto, the most diverse town in the world and the economic engine of Canada. They were all there to celebrate their male basketball teams, the Raptors, that few days earlier, had won the National Basketball Association title, the most prestigious basketball championship in the world. It was a first time for them and it was a prime for a non-American team to be crowned.

What was supposed to be a quick parade of the players throughout the streets of downtown Toronto turned into a real carnival, taking the team almost six hours as there were people from all the walks of life and all ages there waiting for their champs. It has been a massive success for Toronto, an achievement that took years of buildup, including a series of humiliating losses in the last two years. On the parade day in downtown Toronto, local businesses were shut down; entire families were there to mark a historic moment.

Let’s call it the power of sports. For me sport is a great way of connecting, of being part of a bigger family and, because of its mass appeal, it is recognized as one of the best tools to create awareness on the most pressing issues. It has the power to break down barriers and silos and emotionally engage people and nudge them toward better behaviors. Yet there is still so much to be explored and understood, at least conceptually and theoretically to better leverage the power of sports. This is one of the reasons why Active Communities Network and London South Bank University are organizing 2019 UK Sport Development Network conference. Such debates are important to generate a better understanding on how to apply sports at society level.

From the fitness point of view to a more pedagogical perspective highlighting the positive values enshrined in it, like friendship, cooperation, honesty and hard work and respect, schools and colleges have plenty to do. We all know that in the country colleges and schools are taking the lead and doing it quite successfully. We can see it from the recently completed Nepal Basketball League where a good number of teams were fielded by schools and colleges. There are also plenty of shorter tournaments, many of which are organized directly by colleges. Nepal’s sports are undertaking a revival and this is happening also because of the schools and we should acknowledge that those investing in sports are the private ones. With hosting the upcoming South Asian Games, Nepal does not have only an opportunity to upgrade its own facilities and overall sports infrastructures but also a chance to rethink about its strategy to leverage sports for the good of the entire society.

The Raptors’ success proves how sports not only promote positive values but also how they reinforce such values. Their victory is based on team spirit and individual hard work. All the players, including the bench, had the right values and played as a real team.

By investing in sports from a pedagogical perspective, embedding physical education classes and sports practice in general with leadership and personal development learning, schools and colleges can play a really important part. They can shape the future of Nepal’s sports and their roles should therefore be recognized. Raptors’ triumph was an example of incremental or marginal gains, something Nepal could learn from: Set the foundations right, start focusing on small wins and gain confidence after achieving them.

In the case of many sports in Nepal, many athletes, from both adaptive and non-adaptive categories, rightly complain of lack of infrastructures and adequate support. While in certain cases infrastructures are a must, for example in the case of swimming, in other cases, you can self-train and stick to a rigorous work plan. It is not that we can always ‘make do’ without proper training facilities, qualified coaches and the right environment. Certainly, we should prod the sport leaders to ensure they are giving their best according to the highest standards. The entire sports leadership of the country across all the levels and disciplines should prove their skills and positive values by strategizing and rethinking their roles and functions and how the country can benefit from them.

Players and athletes deserve having a bigger say and they should be involved in the decision making. They can surely contribute, providing a different perspective and a collective voice that will put their interests in the front. Let’s not forget that Toronto’s victory was years in making and past years were pretty painful. The same applied to the Golden State Warriors Team who lost this year finals to the Raptors. It took them decades of humiliating losses, always overshadowed by the Los Angeles Lakers. In short, there are few things we can learn from the Raptors.

Teams and in general athletes can break their losing streak and turn themselves into winning material if the right ingredients are there: right governance, right and fair decision making, fair and just recognition of the players, team’s spirit prevailing over individual’s egos and tons of hard work and positive attitudes. Nepal’s teams and athletes are still the underdogs like the Raptors and Warriors many years ago. But change is possible. When the students are ingrained with the awareness that positive values are bigger than mere winning, when the players, including the bench work together, where even the best player is the most humble and where the executives are there to serve, results will surely be positive.

Then the streets of Kathmandu and those of the major cities of Nepal will look like those of Toronto on June 15 when the fans showed that winning a championship is a real collective effort.

The author is Co-Founder of ENGAGE, an NGO partnering with youths living with disabilities

Kathmandu DAO urges hospitals to not create panic
17 hours ago