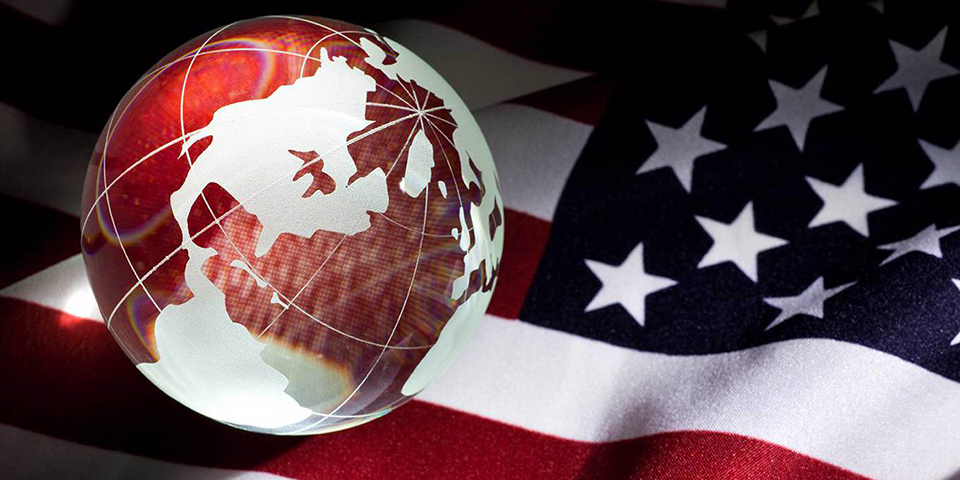 Even if other countries are unable to extricate themselves from US networks of interdependence in the short term, incentives to do so will strengthen in the longer run

CAMBRIDGE – US President Donald Trump has been accused of weaponizing economic globalization. Sanctions, tariffs, and the restriction of access to dollars have been major instruments of his foreign policy, and he has been unconstrained by allies, institutions, or rules in using them. According to The Economist, America derives its clout not just from troops and aircraft carriers, but from being the central node in the network that underpins globalization. “This mesh of firms, ideas and standards reflects and magnifies American prowess.” But Trump’s approach may “spark a crisis, and it is eroding America’s most valuable asset—its legitimacy.”

Trump is not the first president to manipulate economic interdependence, nor is the United States the only country to do so. For example, in 1973, Arab states used an oil embargo to punish the US for supporting Israel in the Yom Kippur War. Shortly thereafter, Robert O. Keohane and I published Power and Interdependence, a book that explored the variety of ways in which asymmetrical interdependence can be manipulated as a source of power. But we also warned that short-term gains sometimes turn into long-term losses. For example, during that period, President Richard M. Nixon restricted US soybean exports in hopes of dampening inflation. But in the longer term, soybean markets in Brazil expanded rapidly—and competed with American producers.

In 2010, after a collision of Chinese and Japanese ships near the disputed Senkaku/Diaoyu Islands in the East China Sea, China punished Japan by restricting exports of rare-earth metals, which are essential in modern electronics. The result was that Japan lent money to an Australian mining company with a refinery in Malaysia, which today meets nearly one-third of Japanese demand. In addition, the Mountain Pass mine in California, which had shut in the early 2000s, was reopened. China’s share of global rare-earth production has fallen from more than 95 percent in 2010 to 70 percent last year. This year, in a not-too-subtle response to Trump’s tariffs, Chinese President Xi Jinping made sure he was photographed visiting a rare-earth production site whose exports are vital to US electronics producers.

The US (and other countries) have legitimate complaints about Chinese economic behavior such as the theft of intellectual property and subsidies to state-owned companies that have tilted the playing field in trade. Moreover, there are important security reasons for the US to avoid becoming dependent on Chinese companies like Huawei for 5G wireless. And China has refused to allow Facebook or Google to operate within its Great Firewall for security reasons related to freedom of speech. But it is one thing to restrict certain technologies and companies for security reasons and quite another to cause massive disruption of commercial supply chains to develop political influence. It is not clear how long the influence will last or what the long-term costs will turn out to be.

Even if other countries are unable to extricate themselves from US networks of interdependence in the short term, incentives to do so will strengthen in the longer run. In the meantime, there will be costly damage to the international institutions that limit conflict and create global public goods. As Henry Kissinger has pointed out, world order depends not only on a stable balance of power, but also on a sense of legitimacy, to which institutions contribute. Trump was right to respond to Chinese economic behavior, but he was wrong to do it without regard for the costs imposed on US allies and international institutions. The same problem weakens his policies toward Iran and Europe.

Alliances like NATO stabilize expectations, and the existence of institutions like the United Nations, the Nuclear Non-Proliferation Treaty, and the International Atomic Energy Agency enhances security. Open markets and economic globalization can be disruptive, but they also create wealth (albeit often unequally distributed). Maintaining financial stability is crucial to the daily lives of millions of Americans and foreigners alike, even though they may not notice it until it is absent. And regardless of what a nativist populist backlash does to economic globalization, ecological globalization is unavoidable. Greenhouse gases and pandemics do not respect political borders. The laws of populist politics, which have dictated Trump’s denial of the science and his withdrawal of the US from the 2015 Paris climate agreement, are incompatible with the laws of physics.

States will increasingly need a framework to enhance cooperation on the use of the sea and space, and on combating climate change and pandemics. Referring to such a framework as a “liberal international order” confuses choices by conflating promotion of liberal democratic values with the creation of an institutional framework for promoting global public goods. China and the US disagree about liberal democracy, but we share an interest in developing an open, rules-based system to manage economic and ecological interdependence.

Some defenders of the Trump administration argue that his unorthodox style and willingness to break rules and spurn institutions will produce major gains on issues like North Korea’s nuclear weapons, China’s coerced technology transfer, or regime change in Iran. But the relationship of power and interdependence changes over time, and too much manipulation of America’s privileged position in global interdependence could prove self-defeating. As The Economist argued, the institutional costs of using a wrecking-ball approach may reduce American power in the long run. In that case, Trump’s approach will prove costly for America’s national security, prosperity, and way of life.

Joseph S Nye, Jr is a professor at Harvard University and author of the forthcoming “Do Morals Matter? Presidents and Foreign Policy from FDR to Trump”