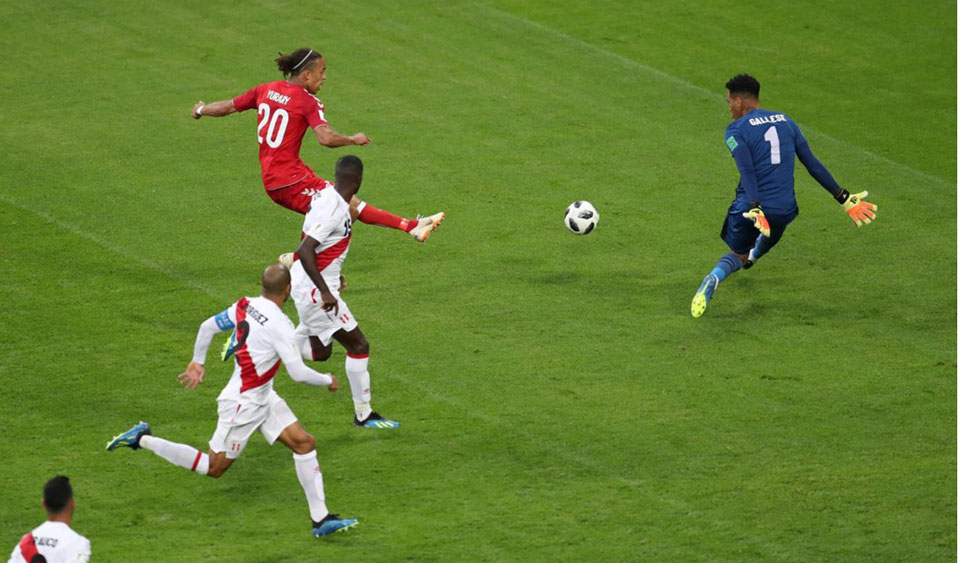 SARANSK, June 17: Yussuf Poulsen redeemed himself by scoring the solitary goal against Peru after giving away a first-half penalty as Denmark picked up a crucial victory in Group C to begin their World Cup campaign at the Mordovia Arena on Saturday.

Christian Cueva ballooned the penalty, awarded after VAR consultation, over the bar just before halftime, the most glaring of several misses for the Latin American side, who were back in the World Cup finals after a gap of 36 years.

Tottenham Hotspur playmaker Christian Eriksen had an otherwise quiet outing but provided the decisive moment when he threaded an immaculate pass through the defence for Poulsen to beat advancing Peru goalkeeper Pedro Gallese in the 59th minute.

With France firm favourites to top the group and already picking up their first points with a 2-1 win over Australia earlier on Saturday, both Peru and Denmark were desperate for victory to boost their chances of advancing to the playoffs.

Both teams arrived in Saransk with an identical 15-match unbeaten streak and it appeared to be a matter of time before a bright-looking Peru, egged on by massive support at the stadium, would score.

Denmark started by playing long balls directed at their wingers to take advantage of their superior height factor but mostly ended up playing catch up to Peru’s slick short passing game for the opening half-hour.

Erisken was largely ineffective during this period but started having an impact on the game once the Danes began playing more passes.

Peru, who left out all-time top-scorer Paolo Guerrero from their starting line-up, were awarded a penalty after consultation with the video assistant referee for Poulsen’s foul.

Guerrero came on after the hour mark and almost scored an equaliser but his header flew straight into the hands of goalkeeper Kasper Schmeichel.

The marksman also came close when his audacious backheel trickled past a helpless Schmeichel and the post as Peru continued to be denied an equaliser. 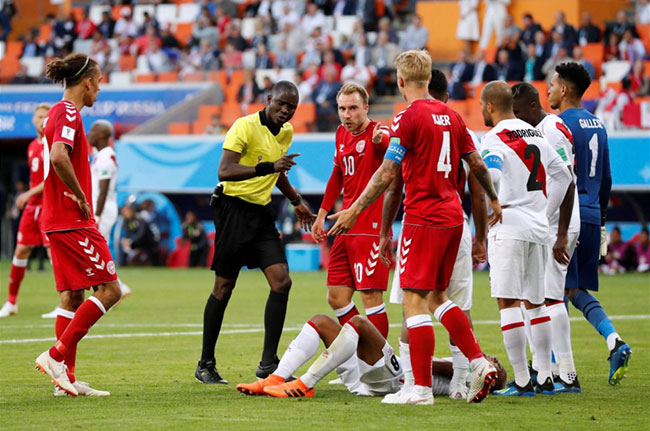 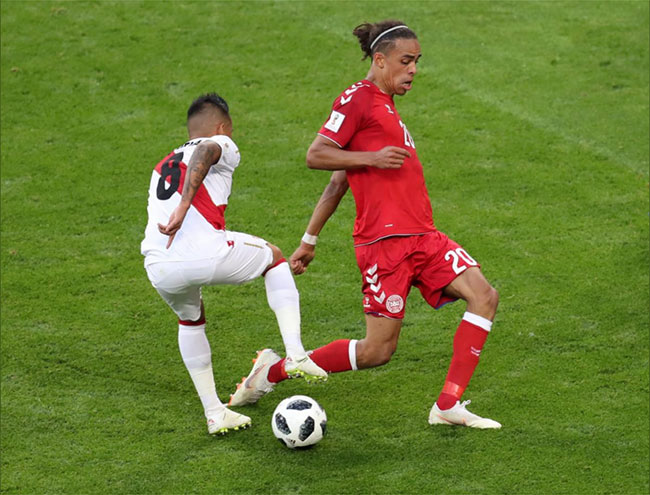 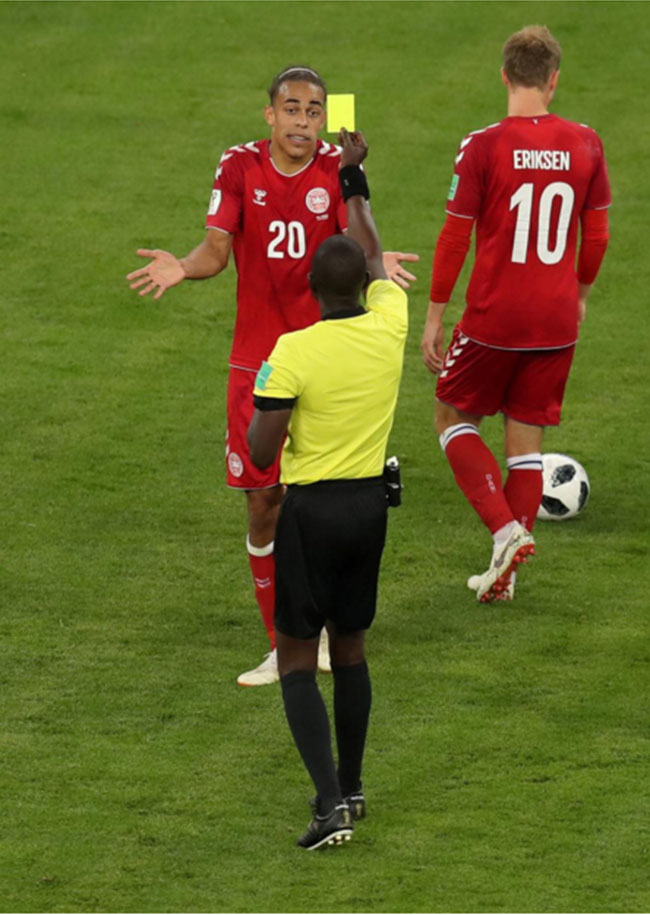 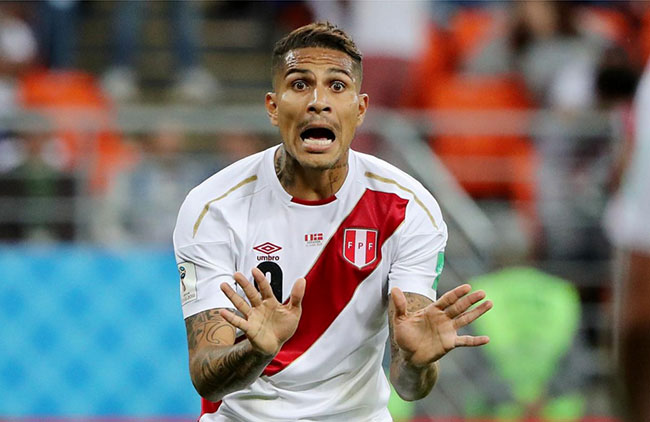 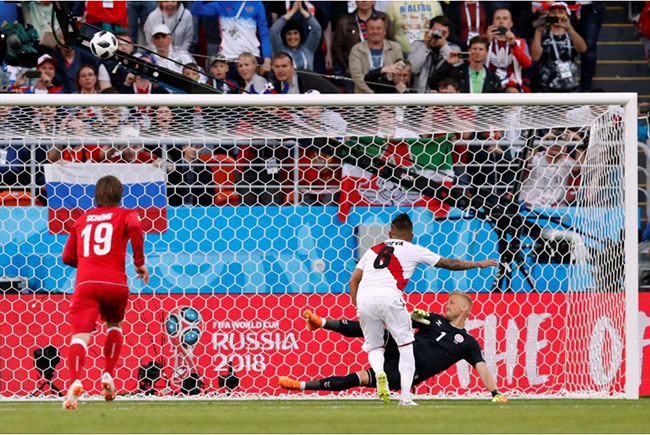 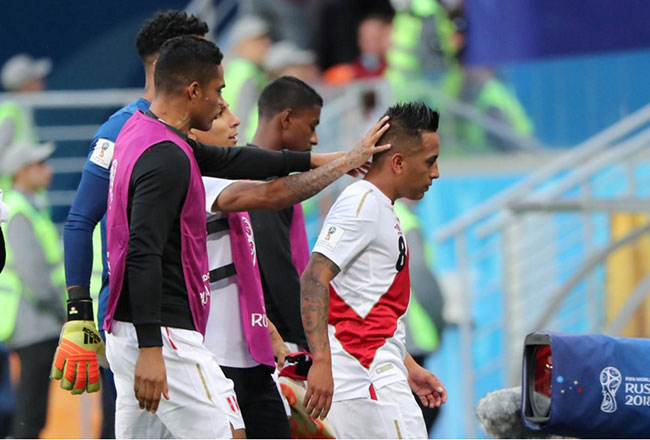 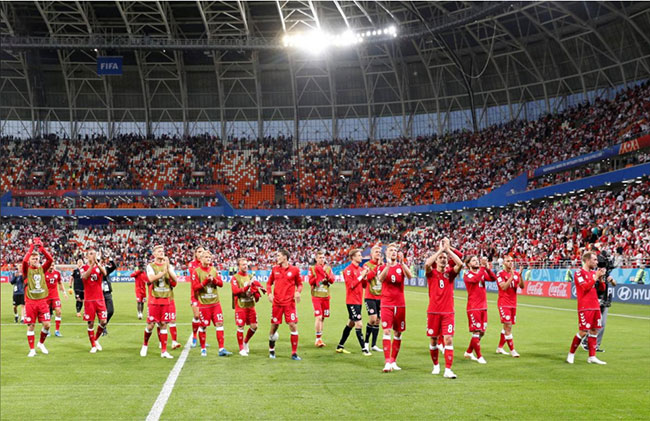 KATHMANDU, June 21: Jedinak's equalizer from the spot kick levelled the score. Denmark took an early lead in the game from... Read More...

KATHMANDU, June 16: Yurary Poulsen's only goal in the 59th minute decided the tie between Peru and Denmark. ... Read More...