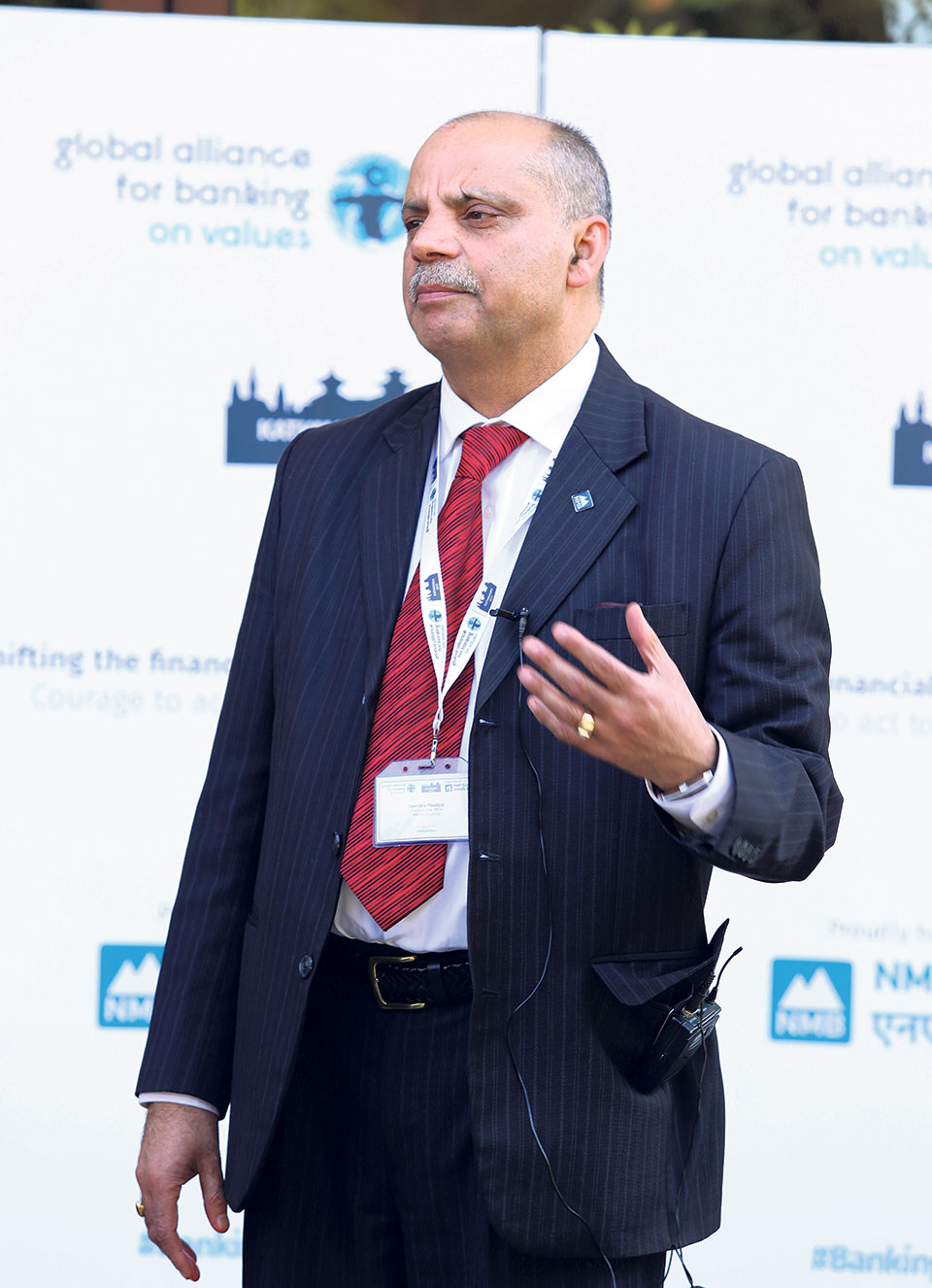 KATHMANDU, April 27: The Global Alliance for Banking on Values (GABV) has appointed Upendra Poudyal, a senior banker, as its representative for the Asia Pacific region.

Issuing a statement, the not-for-profit organization and independent network of banks and banking cooperatives headquartered in Zeist, the Netherlands, said that the newly appointed Asia Pacific representative will be responsible for facilitating the activities and commitments of the its Asia Pacific Chapter and expanding the network in the region.

Poudyal is currently a director of Nabil Bank and National Banking Institute Nepal. He had retired last year from the post of CEO of NMB Bank Ltd.
“Poudyal is fully committed to the principles of the GABV and strongly feels that these Principles will help ensure that banking is a healthy and productive system of the society,” read the statement of the GABV.

Following his appointment, Poudyal told Republica that he feels that the appointment is a recognition of his works and contributions that he have been making toward using banking services for sustainable economic, social and environmental development. “In line with the mission of the organization, I will work on promoting value-based banking and financing services in the Asia Pacific region apart from expanding the network in the region,” said Poudyal.  “The alliance also shares the view of the government of Nepal that banking institutions should channelize their resources in the real sector that can uplift the communities in a sustainable way,” he added.

According to the statement, its member banks are deeply connected to the people and the communities. “The focus is on inclusion that puts basic banking products in service of a greater number of people, rather than highly sophisticated products in the hands of a few. In nutshell, it has a triple bottom-line approach at the heart of the business models focusing simultaneously on people, planet and prosperity,” it added.

A glance of Asia-Pacific Summit 2018

KATHMANDU, May 19: From May 10th to 13th, Hyundai Motor Company’s Head of Subsidiaries and Distributors from all over the... Read More...