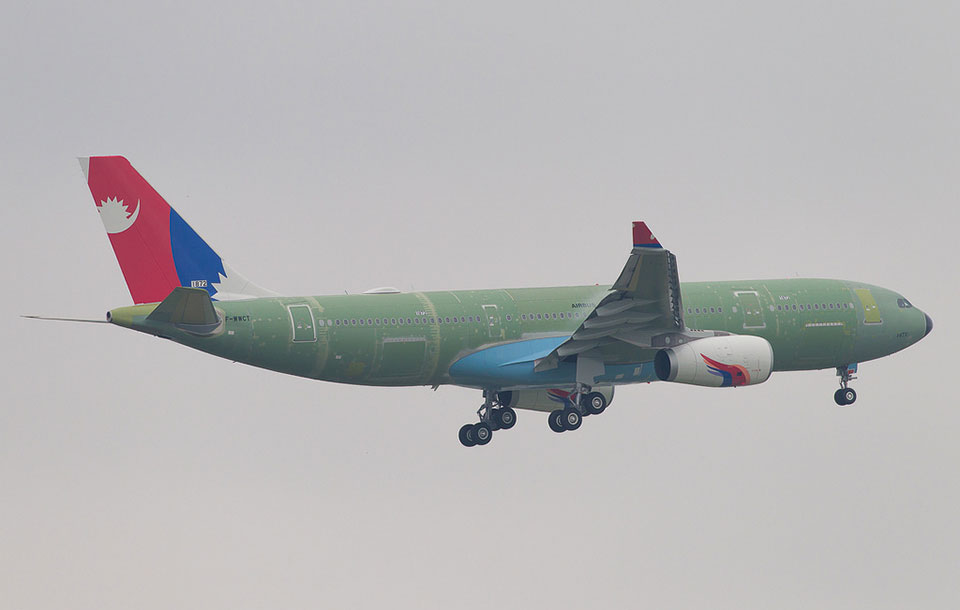 RA /A332 heading to the paint shop. Photo Courtesy: flickr.com

No bureaucrat or official will have the guts to try to execute this level of fraud without political blessings from the very top.

It was unbelievable that something big, both in terms of size and money involved, would ever be purchased/leased without extracting a proportionate kickbacks in this country. But we were made to believe, right in the beginning, that everything would be made “quite transparent” this time. It was in a way, a tacit admission that things were murky in previous instances. If this was true, it was a welcome departure even if belated. But in reality, nothing could be further from the truth as old habits die hard. As you might have guessed this is piece is about the aftermath of 2/A330-200 (or A332) wide-body purchase that we are talking about this time.

Most, if not all, media outlets have done numerous post-mortems, as to how RA ended dispatching the amount through a maze of intermediary companies set up just for the purpose. Their areas of interest were more on “actual” price paid, discrepancies in its maximum takeoff weights (MTOW), factory serial numbers, who got the payment and how much of that was legitimate. In this piece, I will not be talking about specific figure as those have already been dealt in greater details by many others, but only deal with the manner in which it was so deceitfully executed right under our nose.

Tracing the plot
With RA’s growth having been stagnated for nearly three decades, it was in urgent need of new hardware. As B757’s production line was closed in 2004, RA chose to go Airbus way. But in comparison, single aisle (narrowbody) A320 falls short both in terms of passenger capacity and range. Obviously, these two factors dictate what sort of aircraft suits the need of an airline based on present/future network aspirations. Naturally, A320 for having developed later has higher level of automation and safety envelope features compared to B757 developed in the late 70s. Airbus was also the first to see the advantage of making compatible cockpits for different version of its aircrafts. As such, it became logical for airlines to choose next Airbus products to meet their requirements as pilots found it easier to get acclimatized. In that sense, a pilot flying A320 can switch not just to bigger A330 but even to smaller A319 in a comparatively shorter time making it attractive for airlines in more ways than one. It was therefore not out of the ordinary when RA chose A330 as its wide-body acquisition.

Subsequent news of purchase frequently hogged headlines right from placing of order and signing of agreements with institutions that financed payments. Besides, RA’s CEO also maintained good public relation and was accessible through press conferences and also active in social media circuit not failing to mention how the widebody will help not just transform RA but boost tourism as a whole. There was also boastful declaration that the widebody would be able to fly to Australia nonstop. Logically, it had to be a 242 tonner for that reason alone.

The bid call was not for a new aircraft, as thought, but for one that had done 1000 hours. This was done to get around the rule that had, otherwise, specific procedures laid out in case for new purchase. That done, it was then revealed that RA was now getting brand new aircraft, not used ones. This was possibly the biggest positive spin that had everybody go gaga at the acumen RA’s top management had shown. There was no reason to doubt the upbeat mood as yet. But deep down I wondered how they were going to do what they always did this time around.

The early shade of doubt became apparent on hearing the then RA’s CEO suddenly justifying how advantageous it would be to have a lighter aircraft frame as aircraft makers were constantly striving to reduce “dead weight”. He was now implying that a 230 tonner, for being lighter, was better and we did not hear about Australia hop thereafter. In trying to put on such a spin he probably assumed that everyone who heard him was a duffer.

Aircraft come essentially with different types of weights (dead, fuel and passenger/cargo related). The first one is fixed while the others are variable that can be played with. As such, fuel can be added to increase range by reducing other variables. But as passenger and cargo bring in the revenue these cannot be tinkered much. In that sense, long range aircraft need to have adequate fuel on their own without needing to sacrifice revenue. A 242t variant is better than a 230t one for the reason of range alone as it has additional central fuel tank to take in 12t of fuel to fly further afield. It can be said that the nefarious elements, whosoever engineered the massive deception, succeeded in their mission to get a 230t version in place of 242t one without having appropriate price downgrade. And that was how the “inevitable” killing eventually got done.

Too little too late
Various forms of investigations initiated from different quarters in the purchase aftermath, are at best like taking measures to fix the stable door after the horses have bolted away. It should be remembered that no bureaucrat or official, however big, will have the guts to try to execute this level of fraud without political blessings from the very top. To that end, there is no political party in power that has not laid their hands on the ill-gotten booty especially while buying or taking aircraft on lease some time during their reign. There is no point in detailing all previous RA related kandas as this one literally outshines all previous ones put together.

Lastly, I don’t mean to say that wide bodies that RA has in its fleet are inferior. They are as good any other A332 flying around elsewhere. But given the state of affairs at RA, it looks as if even a 230t one is too much of a mouthful for us at the moment. To that end, the government is also largely to be blamed in failing to segregate service provider and regulative roles handled by Civil Aviation Authority of Nepal (CAAN). This has been the single biggest concern of European Aviation Safety Agency (EASA) which has stubbornly stuck to its gun in maintaining the B-list juggernaut.

Other aspect that needs urgent review is current procurement procedures for prohibitively expensive equipment like aircraft. It is not something that there are plenty of choices that we afford to ask for bids to decide. Once the type of aircraft fitting our needs is decided, we should be able to negotiate directly with the maker. We have to take what is available in the market as RA is no Emirates that can order hundreds of aircraft in one go and make aircraft makers dance to its tune. Further, unlike in the past makers are ever more conscious about not bribing. Airbus, itself, is currently facing past bribe investigations in various European courts. In a way, it is good for country like ours where there is no shortage of unscrupulous minds constantly brooding about the best ways to screw the system to their personal gains.