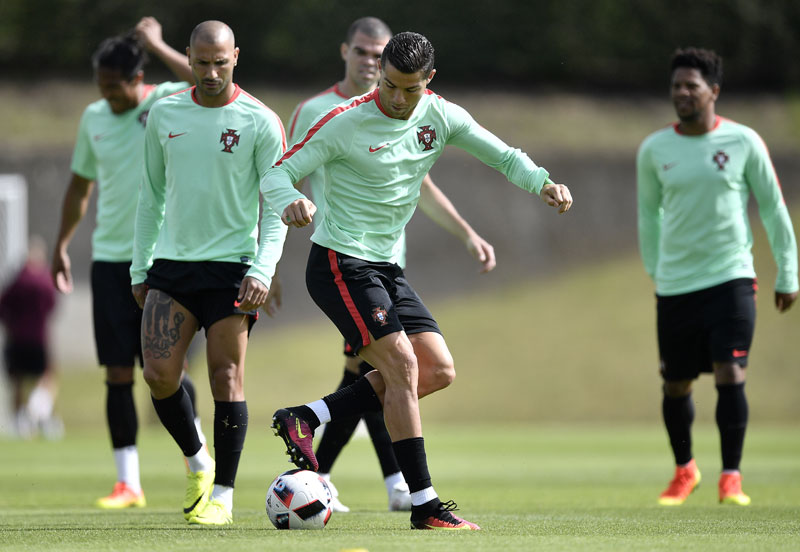 Who else? Cristiano Ronaldo arrived at the European Championship as its undisputed star. However, he has hit both highs and lows so far. Some unflattering comments on fan-favorite Iceland were followed by him grabbing a TV journalist's microphone and apparently throwing it into a nearby lake. But he refused to let Portugal be eliminated at the group phase, scoring two goals and setting up another to secure a 3-3 draw with Hungary that sent his team through. He failed to score in the other three matches, and missed a penalty. But the Real Madrid forward did make up for a quiet match against Croatia by setting up the stoppage-time winner in the round-of-16. Against Poland, he will be aiming to equal Michel Platini's all-time scoring record of nine goals at European Championships.

Portugal doesn't have the tightest of defenses, but the player who most often rescues his teammates at the last second is Pepe. The centerback is the heart of Portugal's defense and a steady hand in comparison to Ricardo Carvalho, who was dropped for the last match against Croatia. Along with Ronaldo and goalkeeper Rui Patricio, Pepe is the only other Portugal player to have played every minute of the competition for coach Fernando Santos. He will be charged with making sure Poland striker Robert Lewandowski doesn't finally rediscover his scoring touch in Marseille.

Always in Ronaldo's shadow, Nani has been Portugal's most consistent attacking player in France. The winger scored Portugal's first goal of the competition in a 1-1 draw with Iceland, and he started its fightback against Hungary with another goal. He celebrated his 100th appearance with the national side by launching the move that led to Ricardo Quaresma's winner to oust Croatia in the round of 16.

Portuguese teenager Renato Sanches got all the attention following the 18-year-old's move to Bayern Munich last month. And while Sanches has provided glimpses of promise coming off the bench, William Carvalho has quietly impressed as a serious, disciplined defensive midfielder. After not playing a minute in Portugal's opener, Carvalho has been the focal point of Portugal's midfield. The 24-year-old is second only to Pepe in passes attempted and completed, with a completion rate of 92%.

With only one start in four matches, Ricardo Quaresma has provided some much needed spark off the bench. The forward went on against Hungary and made an excellent cross for Ronaldo to score his second goal and seal the draw. Quaresma then had his moment to shine when he scored the injury-time goal to send Portugal past Croatia and into the final eight.

PHOTOS: Last Monday of Shrawan in Shankharapur
55 minutes ago