KATHMANDU, June 26: Portugal started the game really well earning free kick in the 2nd minute of the game. However, it was behind only for a goal kick. Taremi broke the Portugal’s play and swiftly, Iran was on a counter attack, which was poorly shot from 10 yards of the post. Cristiano Ronaldo crossed a lovely ball from the wing for Jao Mario, but he shot way over the bar. Both side started well in their attacks, balancing their defense.

Iran’s keeper Beiranvand displayed poor show as he missed three consecutive crosses on his own line in the 13th minute. There were consecutive counter attacks from both sides. However, Portugal was more clinical in attempting the target while Iran lacked the final third. On the stroke of half time, Quaresma slipped around two defenders and scored a stunner to give the Portugal lead in the 45th minute.

The energy levels from Iran ramped up since the start of second half seeking two goals to reach the round of 16.

Portugal received a VAR penalty in the 53rd minute of the game. Cristiano Ronaldo stepped up, but Iran’s goal keeper Alireza Beiranvand saved the penalty.

In the 83rd minute, Cristiano Ronaldo was booked yellow. Portugal’s captain brought down Pouraliganji as both hustled for the ball out on the left wing in the Iranian territory. The referee headed for a VAR support for a possible red card offense. However, he was only booked yellow and Cristiano Ronaldo ditched the expulsion from Round of 16 match.

Ricardo Qaresma’s first half screamer was cancelled by VAR penalty from Karim Ansarifard in the third minute of the stoppage time.

In the 90+4 minute of the game, Iran got a final chance, but Taremi side netted. The game ended with 1-1 and Iran is out of the world cup. 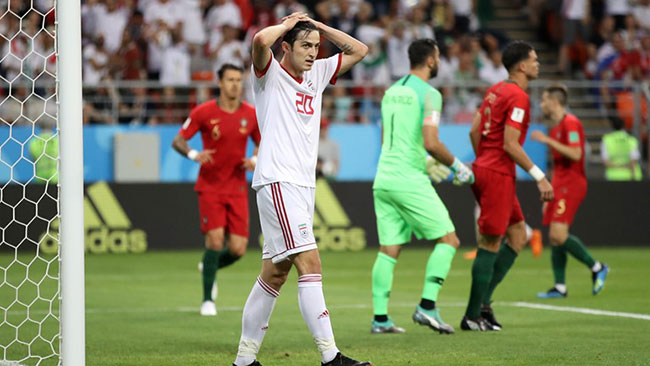 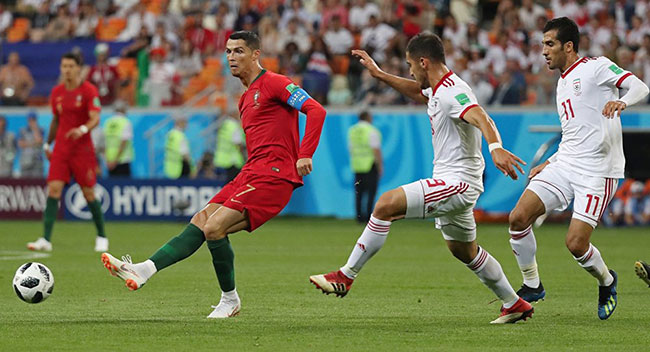 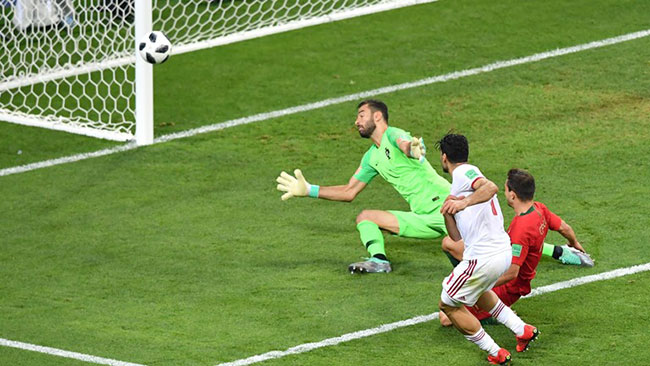 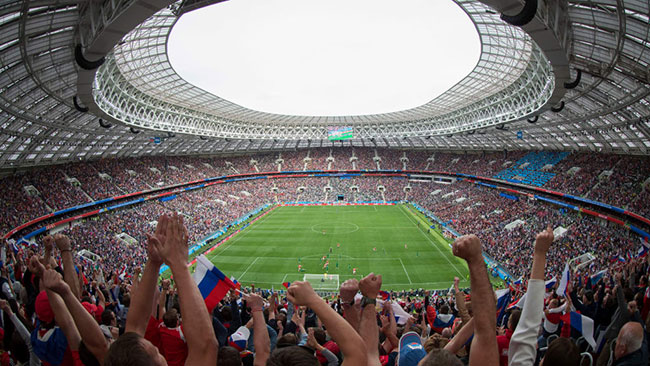 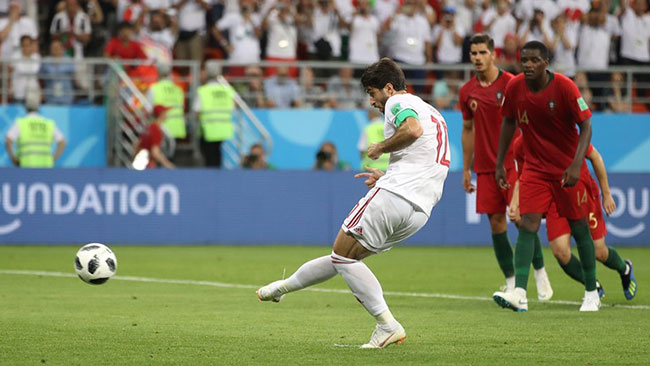 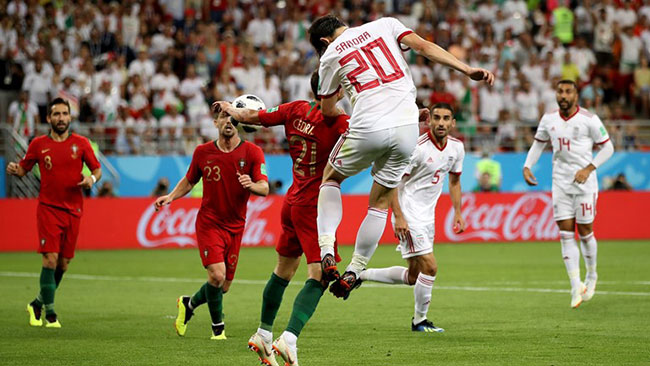 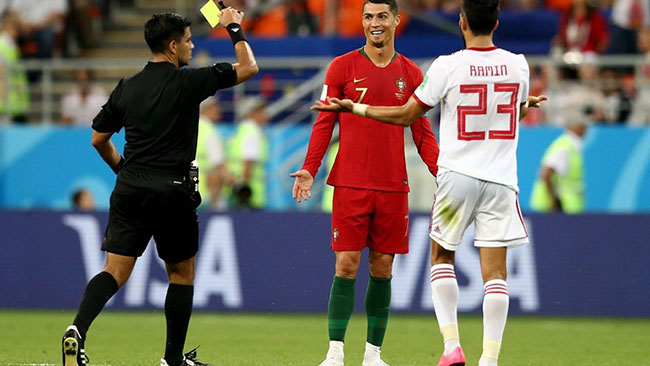