Portugal heads to polls, Socialists set to remain in power 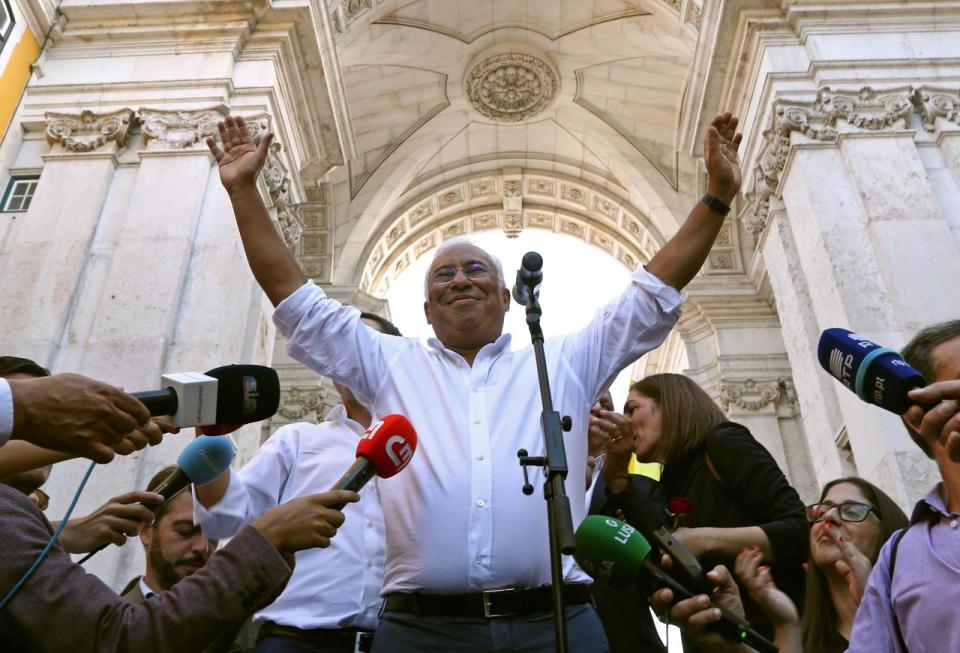 If opinion polls hold true, Prime Minister Antonio Costa, the Socialists’ leader, will win the election with between 36.5% and 38.8% of the vote but will have little option but to ask other parties for support.

“The main question is whether we’ll have our hands tied,” Costa said during a campaign rally on Friday. “We need to have the strength to guarantee four years of stability and not be a short-term government.”

When the Socialists took power in 2015, Costa won the parliamentary support of two far-left, Euroskeptic parties, the Left Bloc and the Communists.

But, four years on, the love affair has waned. The hard left is demanding more public spending and has accused Costa of veering to the right. Costa has already ruled out a formal coalition government but may try to renew his pact with one of the parties, or both.

The main opposition Social Democrats, polling at under 30% now, are expected to lose seats.

Costa’s minority government has received praise from Brussels and at home for combining fiscal discipline with measures to promote growth after recession and the austerity of Portugal’s 2010-14 debt crisis.

Portugal is expected to record its lowest budget deficit in 45 years of democratic history this year. The economy is on course to grow 1.9% this year, above the EU average, helped by export growth and a booming tourism industry.

But a series of scandals, from a nepotism row to the alleged involvement of a former minister in an army cover-up of the theft of weapons from a military base, have hit the Socialists’ ratings.

During Costa’s last pre-election rally in Lisbon on Friday, shop owners shouted from the sidelines: “Shame on you!”

Since the last vote, the People-Animals-Nature party (PAN) has emerged as a potential new king-maker in parliament. PAN has said it is ready to support Costa if he commits to its environmentalist proposals, but it remains to be seen whether the party wins enough new seats.

“There is a risk things will get very divided ... I have some fear,” said 46-year-old Leticia Goncalves, who works in a Lisbon gallery.

Goncalves said the Socialists’ policies made her upbeat about the country’s future but she was worried that the party will not win a working majority.

SAINT-DENIS, July 10 : France puts its formidable record in finals on the line when the European Championship hosts try to... Read More...

3,284 foreigners arrested in five years for committing various crimes in Nepal
26 minutes ago

Overcrowded district jail at risk of infectious diseases
31 minutes ago

Madhav Nepal is not on right path: Bagmati CM Shakya
57 minutes ago
Current govt is an alliance of greedy sinners: Rayamajhi
1 hour ago