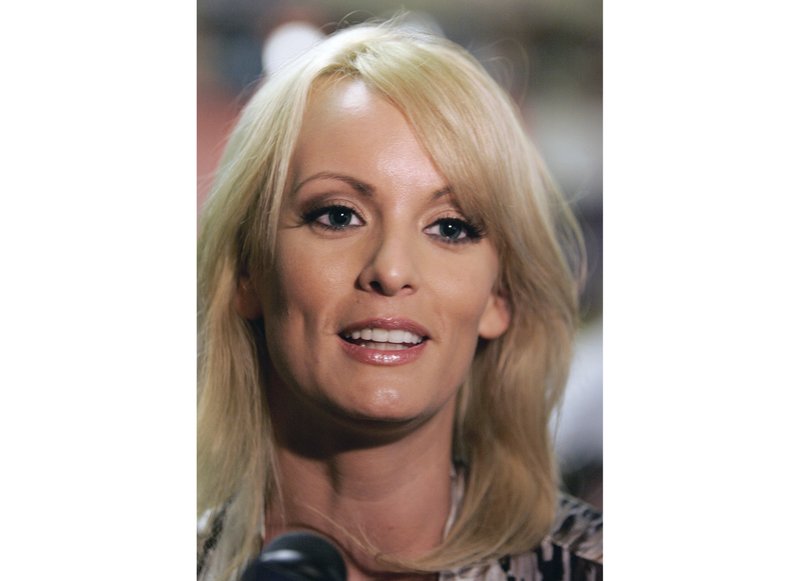 FILE - In this May 6, 2009 file photo, Stormy Daniels visits a local restaurant in downtown New Orleans. The adult film actress who said she had sex with President Donald Trump is offering to return the $130,000 she was paid for agreeing not to discuss their alleged relationship. An attorney for Stormy Daniels, whose real name is Stephanie Clifford, sent a letter to Trump’s lawyer Monday, March 12, 2018, saying she would wire the money to Trump if she could speak openly about their relationship. (AP Photo/Bill Haber, File)

LOS ANGELES, March 13: An adult film actress who said she had sex with President Donald Trump offered Monday to return the $130,000 she was paid for agreeing not to discuss the alleged relationship.

Stormy Daniels — whose real name is Stephanie Clifford — is willing to repay the money she received as part of a 2016 agreement, as long as she can speak openly about the situation, according to a copy of a letter from Clifford’s attorney obtained by The Associated Press.

The letter sent to Trump’s attorney, Michael Cohen and his attorney, Lawrence Rosen, said the non-disclosure agreement would be considered “null and void” after she returned the money, and that would allow Clifford to speak about the relationship and the attempt to silence her while she publishes any text messages, photos and videos she may have.

“Mr. Cohen and the president should accept this proposal and allow Ms. Clifford to tell her side,” her attorney Michael Avenatti said. “The American people can then decide who was telling the truth.”

The offer is valid until Tuesday afternoon, the letter said.

Cohen and Rosen did not immediately respond Monday to requests for comment.

Clifford filed a lawsuit in Los Angeles last week that sought to invalidate the agreement so she could “set the record straight.”

The lawsuit claimed the “hush agreement” that was signed days before the 2016 presidential election is legally invalid because it was only signed by Clifford and Cohen and not by Trump. It refers to Trump as David Dennison and Clifford as Peggy Peterson, but an attached exhibit details their true identities.

The Dallas Morning News reported Monday that Texas officials are investigating whether a notary properly witnessed the non-disclosure agreement. The officials sent a letter to notary Erica Jackson notifying her that there was “good cause” to take action against her notary commission.

Her stamp appears on the document but she did not sign or date it, and she did not provide a certificate of whose signature she was witnessing, officials said.

White House Press Secretary Sarah Sanders said last week that Trump has made it clear that none of the allegations are true. The White House did not respond to a request for comment Monday.

Cohen has also denied there was ever an affair and said he paid the $130,000 out of his pocket. He said neither the Trump Organization nor the Trump campaign was a party to the transaction with Clifford.

“Neither reimbursed me for the payment, either directly or indirectly,” he said.

Clifford alleged in the lawsuit that Trump was aware of the negotiations.

Also Monday, the advocacy group Common Cause named Trump and Cohen in amended complaints to the Federal Election Commission and Justice Department that alleged the payment to Clifford violated campaign finance laws.

The complaints allege Cohen was an agent of then-candidate Trump and should be considered a campaign expenditure and in-kind contribution.

“Emerging details appear to directly link President Trump to the hush money payments to the adult film star expanding the list of apparent violations,” said Paul S. Ryan, the group’s vice president for policy and litigation. “Hush money may be commonplace in some businesses, but when it is spent to influence a federal election it must be disclosed - without exception.”

FDI pledges from China in Nepal's tourism sector amounts Rs 5.35 billion in the first two months of the current fiscal year
15 hours ago

PHOTOS: Kathmandu during rain
7 hours ago

WEATHER ALERT: Rainfall to continue till Saturday
7 hours ago

Citizenship at 77!
4 hours ago