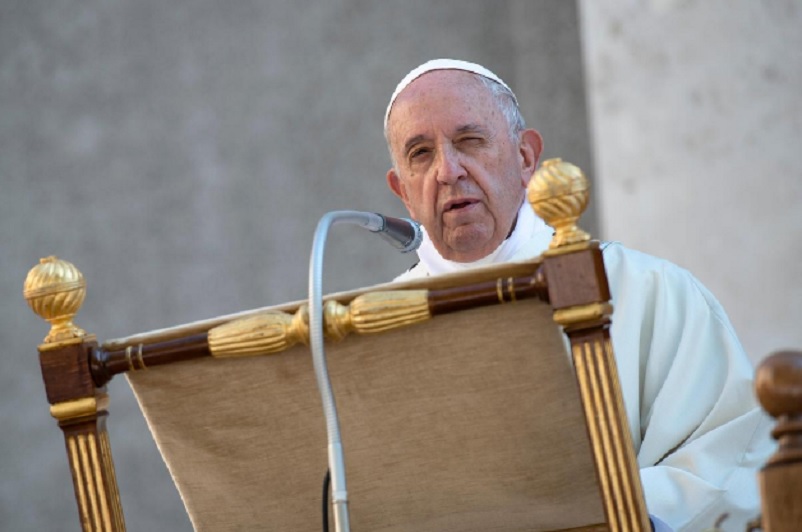 VATICAN CITY, August 4: Pope Francis on Sunday condemned attacks on “defenceless people” in a spate of gun violence in three American states, including one that killed 20 people in a Walmart store in El Paso, Texas.

Speaking to thousands of pilgrims and tourists in St. Peter’s Square for his Sunday message and blessing, Francis said he was spiritually close to the victims, the wounded and the families affected by attacks he said had “bloodied Texas, California and Ohio”.

Francis, who has in the past criticised the gun manufacturing industry, then led the crowd in reciting a Hail Mary for the victims.

VATICAN CITY, Oct 30: Thirty-seven years after the Falklands war, a tiny statue of the Madonna taken at the end... Read More...

The topic of gun violence has been back in the headlines this past week after back-to-back mass shootings in El... Read More...

KATHMANDU, March 11: Lawmakers have strongly condemned the act of killing of a Nepali citizen by the Indian Seema Surakshya Bal... Read More...