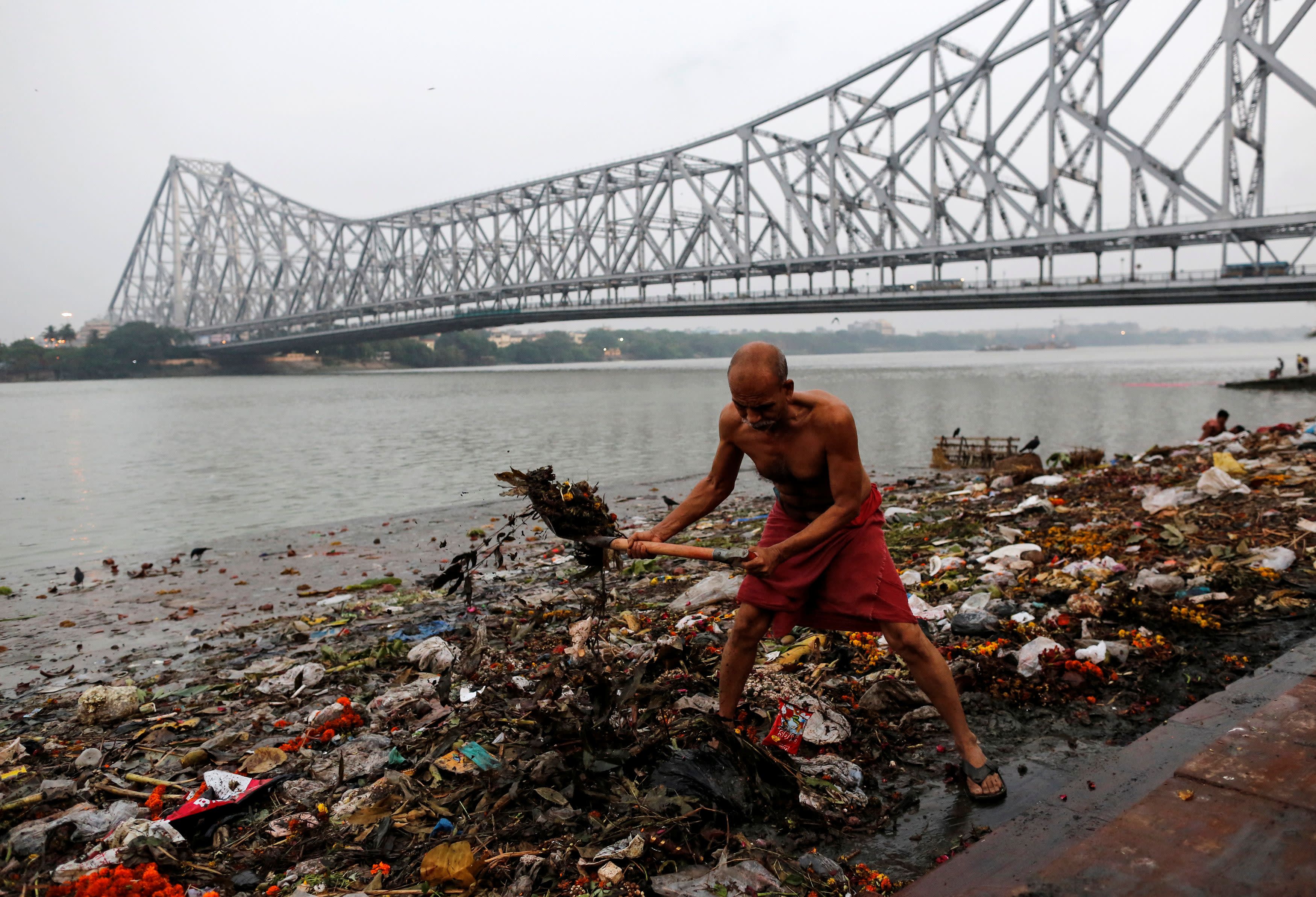 NEW DELHI, Jan 18: The Ganges river, holy to most Indians, flows from the western Himalayas down to the Bay of Bengal through crowded cities, industrial hubs and some of the most populated areas in the world.

The river begins as pristine, clear waters in the icy heights of the tallest mountain range in the world. But pollution, untreated sewage and use by hundreds of millions of people transform parts of it into toxic sludge by the time it reaches the sea, about 2,525 kilometres downstream.

Personified by Hindus as the goddess Ganga, the river is the site of thousands of cremations and ash scatterings every day. The Hindu nationalist government of Prime Minister Narendra Modi has launched a nearly $3 billion five-year plan to clean up the river by 2020, but Reuters found last year that only a tenth of the funds had been used in the first two years of the project.

A Reuters team that investigated the state of the holy river has compiled data and photographs to portray its condition.

The government maintains it is on track to clean up the river.

Water Resources Minister Nitin Gadkari said last month that the Ganges will be 70 percent to 80 percent clean within three months and 100 percent clean by March 2020. He did not give details on how the government had arrived at the figures and did not respond to requests for further comment.

At least 11 missing in Myagdi floods
9 minutes ago