Polls open in UK election after campaign marred by attacks 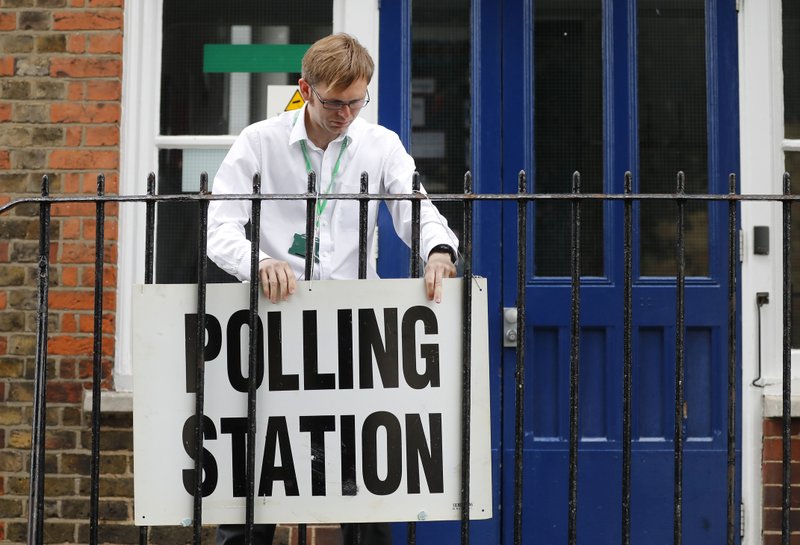 LONDON, June 8: Polling stations across Britain opened for national elections amid heightened security Thursday as one senior police official said the country was living through “unprecedented times” following a series of terror attacks in recent weeks.

Authorities asked people to be alert and report any concerns to police as voters choose 650 lawmakers for the House of Commons. Atrocities near Parliament, a Manchester concert venue and London Bridge have left Britain on high alert, with the official threat level at severe, the second-highest rating, indicating an attack is “highly likely.”

“We appreciate that these are unprecedented times and together with our partners we continue to keep communities safe,” D’Orsi said.

The election was supposed to be dominated by Britain’s pending departure from the European Union, but voters are anxiously aware of the threat the country faces from international terrorism following attacks in London and Manchester. Voter Rachel Sheard, who was casting her ballot near the site of Saturday’s attack, said the election had been somewhat surprising.

“They wanted this election to be was very much kind of Brexit vote and I don’t think that’s in the hearts and minds of Londoners at the minute, (not) nearly as much as the security is,” said Sheard, 22. “It was very scary on Saturday.”

Prime Minister Theresa May called the snap election seven weeks ago in hopes of increasing the Conservative Party’s slim majority in Parliament and strengthening her hand in negotiating Britain’s exit from the EU.

The campaign did not go to plan.

While the prime minister sought to capitalize on opinion polls showing that the Conservatives had a wide lead over the opposition Labour Party, that gap has narrowed in recent weeks.

May was criticized for a lackluster campaign and a plan to force elderly people to pay more for their care, a proposal opponents dubbed the “dementia tax.” After the terror attacks in Manchester and London, which killed 30 people and forced the suspension of campaigning, security became the focus of the debate.

In her final message to voters, May appealed directly to the undecided, urging them to support her in negotiating the best deal for Britain as it leaves the European Union.

“I can only build that better country and get the right deal in Brussels with the support of the British people,” she said. “So whoever you have voted for in the past, if that is the future you want then vote Conservative today and we can all go forward together.”

Opposition Labour Party leader Jeremy Corbyn, who built his reputation as a left-wing activist, focused his campaign on ending the years of austerity that have followed the global financial crisis. He called for increased spending on the National Health Service, schools and police, as well as the nationalization of railroads and water utilities.

The Labour leader closed out his campaign by telling a rally he had reshaped British politics.

“As we prepare for government, we have already changed the debate and given people hope,” he said. “Hope that it doesn’t have to be like this; that inequality can be tackled; that austerity can be ended; that you can stand up to the elites and the cynics. This is the new center ground.”

While the gap between the two parties has narrowed, virtually all polls suggest the Conservatives will retain control of Parliament. A high turnout is seen as Labour’s best hope of eroding the Conservative majority.

The Conservatives held 330 seats in the last Parliament, compared with 220 for Labour, 54 for the Scottish National Party and nine for the Liberal Democrats.

Rain is forecast through much of the country, but it is unlikely to be severe. Turnout is not expected to be affected.

“We live in a country where a bit of drizzle is commonplace,” said John Curtice, an election expert at Strathclyde University.

EC set to crackdown ‘No, Not Again’ campaign in social media

KATHMANDU, OCT 29: The Election Commission (EC) has stepped up its effort to find people involved in provoking fake and fabricated... Read More...