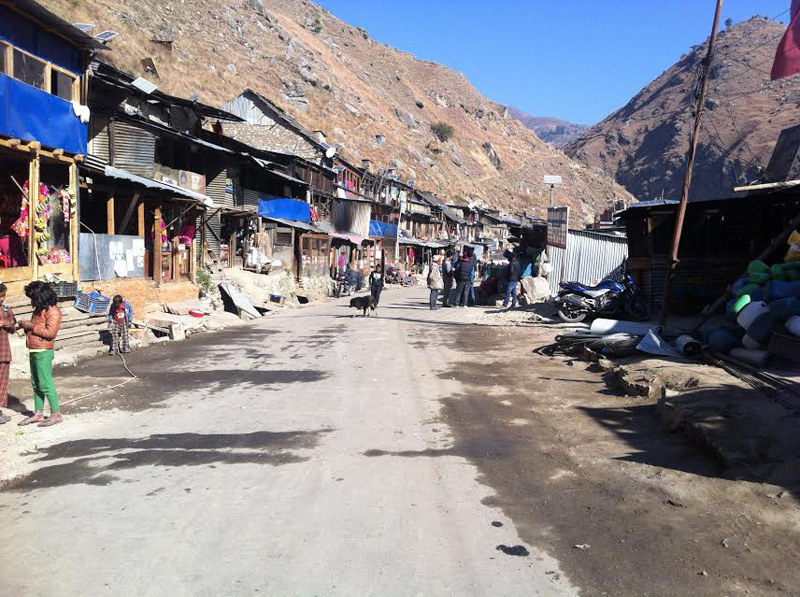 MUGU, Jan 4: Locals of Mugu had rejoiced after a doctor of Medicine-General Practice came to the district hospital a year ago.

However, the happiness couldn’t last as the only specialist, Dr. Jitendra Kadel, left the district two months ago. Now, the Mugu locals are back to square one.

A year ago, a person suffering from appendicitis was referred from Mugu hospital to Nepalgunj for treatment. However, due to adverse weather conditions, the planes couldn’t fly, and the youth lost his life. Upon hearing the news, Jitendra Kadel volunteered to work in one of the remotest district hospitals of the country.

Upon his arrival, patients were undergoing operations of caesarean section, hydrocele, hernia and appendicitis in the district itself.

However, in less than a year, Kandel had reported that political parties were mounting pressures and his own staff threatened him. After disagreement between the Hospital Development Committee’s chair, Keshar Jung Shahi, and staff of the district hospital over temporary staff appointment and vehicle use, Kandel left the district on November 13 last year. Since then, locals seeking operation are deprived of the service.

Since the doctor’s departure, more than 50 patients, 35 of whom are seeking caesarean section, have been forcing the District Health Office to take them to equipped hospitals, Bali Bahadur Buda, information officer, said.

Since the doctor’s departure, a person has died for lack of timely treatment. A pregnant woman, who could not seek specialized help at the district hospital, was heading toward Nepalgunj when the jeep she was traveling by veered off the road, killing her.

While Shahi boasted to bring dozens of doctors like Kadel in the district, his words are yet to materialize. Chhayanath Rara municipality is finding a way to bring specialist in the hospital. At present, Mugu district hospital has three MBBS doctors.

Retreating Russians leave their comrades’ bodies behind
17 hours ago