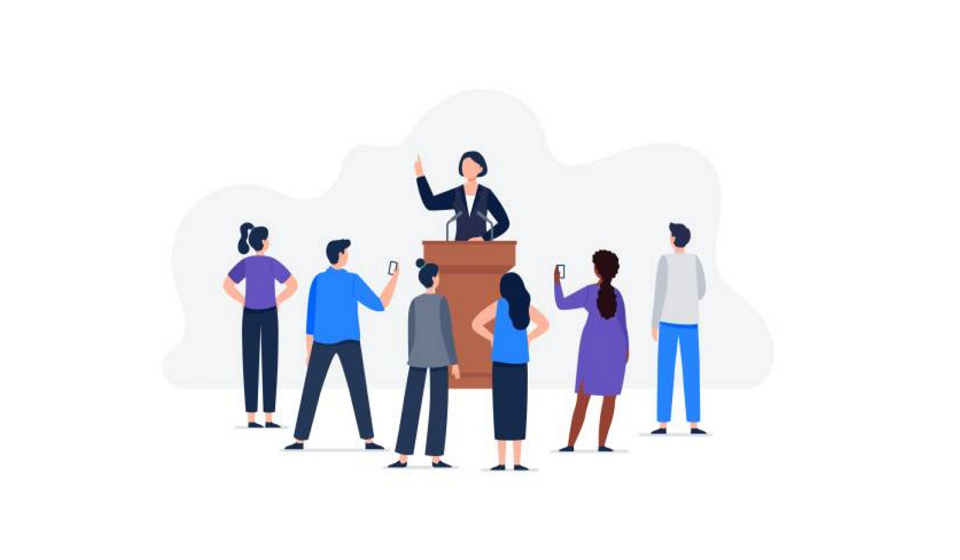 Father Augustine Thomas has a PhD in ‘Leadership Studies in Organization Development’ and currently serves as the Principal of St. Xavier’s College, Maitighar, Kathmandu.
news@myrepublica.com

“Around 50% of the countries were democratic, and democracy thrived for the betterment of the country, but now around 70% of countries are autocratic. Why has democracy become so undesired in many nations now?” asked Trevor Noah to Barack Obama in one of the episodes of The Daily Show. Though Obama gave his side of the explanation, the pertinent question still echoes: is this due to failed political leadership in the countries?

Political leadership has become more and more of a concoction of various traits that a leader shows while making an impactful difference in a country. The questionable genre of rhetoric, inciting emotions in the followers, promises and solutions that sound flashy have certified a leader’s charisma that promptly draws the followers to choose them. If this somehow sketched what political leadership is, there is no way organizational leadership absorbs such styles.

Political leadership has become a complex field, and the leadership styles in each context are undoubtedly different in nature. In his leadership theory, the renowned sociologist Max Weber explains how leadership is associated with authority as linked to power and charisma. Indeed, power has authority, and charisma has influence. So, a political leader can finish the term of leadership through either terror or great oratory skills.

Political leaders respond to the sentiments of the people, and it is most often done in the form of promises, not necessarily keeping them. Insurrection and anarchy incited by the populist leaders easily entered into the collective psyche of the people in various countries that have suffered greatly, where people frantically looked for some change. Populists gave hope to the changing mindset of the followers by projecting an ideal nation and a comfortable life for the people.

The Implicit Leadership Theory has captured the essence of the new leaders' emergence and their styles. One aspect of the theory is that the leader uses cognitive prototypes to categorize and understand acceptable behavior and live up to the people’s pre-formed expectations of an effective leader.

Lee Kuan Yew, the first Prime Minister of Singapore, capitalized on the Confucianism value of setting community welfare before personal gain to gather collective energy for the betterment of the country. He considered leading Singapore as leading an organization. Strict policies and systems were implemented. The approach of the perfect blend of organizational leadership and social values led the country to significant progress during his tenure, and the system continued then after. He put the country first and unified all who lived in the country. He lived up to the images of an effective leader that people had in mind.

On the contrary, Prime Minister Modi used Hindutva to lead the nation and has been ruling with ‘politicized Hinduism’ being the parameter for patriotism. Donald Trump in the US took up the cause of migrant flow and projected himself as the savior of the country to drive out all the migrants. The inconsistent and divergent political leadership trend with flip-flop power-sharing has generated overwhelming unclean data for political analysts even to conclude what actually political leadership is in Nepal.

The organization leaders of the nation play by the nuances of the norms generated in the political leadership style.

Dangers of politicking in organization

However, developing countries are quick to adopt political styles to organizations, weakening the organizational structure, system and process, which can lead to its impending doom. When conversation around political games and tactics used in the public arena gets high attention in the workplace or are even experimented as a strategy, the psychology of the people leans towards political tactics. Fawning and touting certain political ideologies make the environment noisy with words but shallow in organizational performance.

In the context of Nepal, where public relations and influential connections are key players of progress and success, organization leaders have another challenge to deal with in their profession. Overidentification of oneself with a political ideology not only sets mental boundaries in a person but also hinders adapting organizational behavior and maintaining purity of intention. Regardless of the strategies used, the prescribed charism and culture of the organizations should be preserved.

Psychology of being political

‘Thought loop’, a term in psychology, explains how a continuously occurring thought in our brain creates a loop of similar thoughts. Such thought loops plant new behavioral patterns and convictions in the person. Political thoughts have a strong influence on creating a political thought loop. This further influences the leaders to be partisan in behavior, and their perspective and narrative turn political.

On the other hand, some researchers find political astuteness in organizations to be an effective skill in implementing strategies of negotiations. Sonny Nwankwo et al., in the article ‘Organizational leaders as political strategists: A stakeholder management perspective’, capture the idea comprehensively: “Politically adept leaders seem to carry a cognitive political map into their managerial work. Intuitively and without the need for formal analysis, they understand who, in and around their organizations, have the means and the will either to foster or damage their projects.”

Political astuteness is a positive skill acquired over time and experience, and it can emerge as a natural expertise in a leader. This skill is beyond the rudimentary understanding of what political leadership means and how a leader can effectively relate to the public.

Perhaps it is right to say that Organizational leadership is like a river. When it loses its course or overflows from the path, it becomes a flood and is no longer constructive.