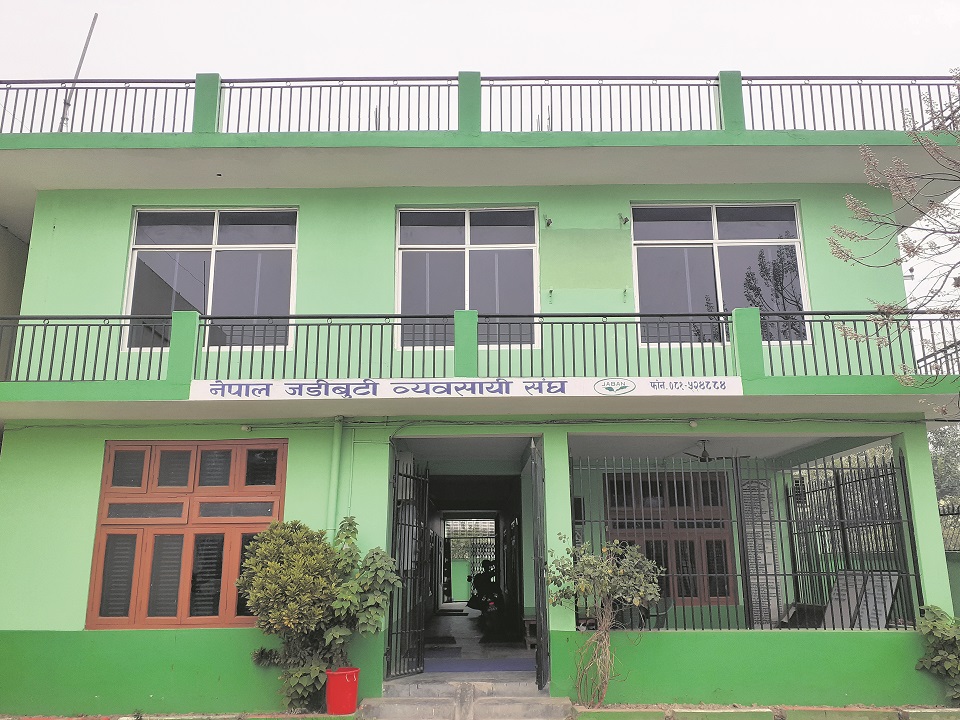 NEPALGUNJ, Jan 30: Rajesh Jain established Bahubali Herbal Essence & Extract Pvt Ltd at Parbatpur of Nepalgunj some 22 years ago. While opening his firm, Jain had plans to collect and process medicinal herbs, and export them to foreign countries. But Jain's business venture has not been able to work as expected due to frequent changes in government rules and regulations which have impacted his export-based industry.

"Changing policies of the government coupled with shortage of raw material have made things difficult for us," Jain told Republica.

Through his company, Jain has been processing and exporting medicinal herbs like timur (Sichuan pepper), bojo (sweet flag), sugandh kokila essential oil (cinnamomum cecido daphne), and bhultya. But frequent changes in government policy have affected business of people like Jain.

"Few years ago, the government abruptly halted exports of bhultya. But the decision was rolled back after one and half years. Policy instability has become a major problem for traders like us," Jain added.

Rabindra Nath Shukla of Nepal Naturals Pvt Ltd also has similar problems to share. "Forest Act allows export of soap nut. But there is no provision regarding export of processed soap nut," he said, adding: "The government laws, rules and regulations are silent on export of processed medicinal herbs. Things would have been easier for us had the government addressed this issue."

Nepal Naturals Pvt Ltd, which is in business for the past 10 years, has been processing and exporting different medicinal herbs to countries like India, Bangladesh, UAE, US, Germany and France, among others.

As there is no demand for medicinal herbs in Nepal, the government should facilitate us by enacting related laws, said Shukla.

According to Shukla, number of industries involved in processing and export of jatamasi (spikenard) has closed after the government brought Control of International Trade of Endangered Wild Fauna and Flora Act, 2017. "Some provisions in the act affected export of jatamasi which is used to make essential oil," he added.

In recent years, Nepalgunj has evolved as a hub for processing and export of medicinal herbs sourced from mountainous districts of Karnali and Sudurpashchim provinces. Every year, medicinal herbs worth hundreds of millions of rupees are exported to different countries from Nepalgunj. But this business is suffering from policy instability of the government, say stakeholders.

According to Herbal Entrepreneurs Association of Nepal, around half a dozen herbal industries are on the verge of closure due to changing policies of the government. "Government officials describe medicinal herbs industry as one of the pillars of the economy, but bring unfavorable laws and policies," Mohammad Yakur Ansari, central president of the association, said.

NEPALGUNJ, Aug 5: Two hundred and ninety-six community schools and Madrasas (Muslim schools) in Bardiya have been incorporated in the... Read More...

NRB flexible on transaction via electronic wallet, while being stern on fee of interbank ATMs uses
15 hours ago
Ruling coalition in Jeopardy
11 hours ago