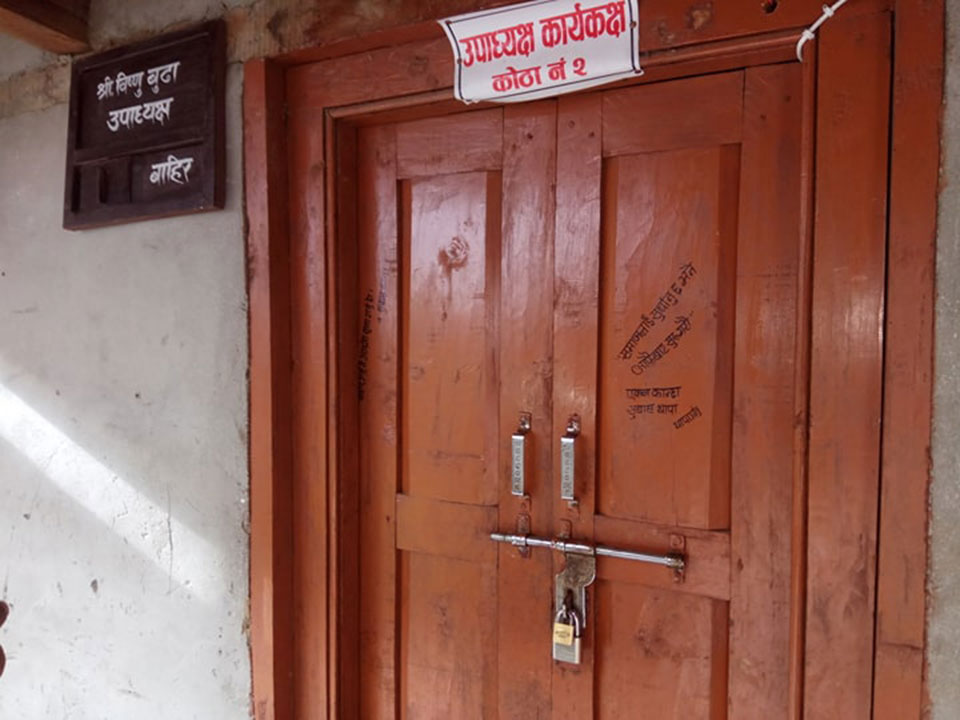 JUMLA, July 8: Police on Monday has unlocked two doors of the office of Tila Rural Municipality in Jumla district padlocked by an unidentified group.

The motive of the unidentified group who padlocked the municipality is still unknown, police says.

Regular operations of the municipality have been resumed after the door was unlocked by the police, informed  Harichandra Nepali, Chief Administrative Officer at the District Administration Officer.

A team of police personnel has been mobilized in the area for the protection of the municipality.

Just one day before the incident, cadres of the outlawed party led by Netra Bikram Chand had organized a torch rally in Ward-4 of the municipality according to the locals.

Police have suspected them of padlocking the office of Tila Rural Municipality.

KATHMANDU, June 27: Police have arrested a poet over his alleged involvement in the Netra Bikram Chand’s Communist Party of... Read More...