KATHMANDU, Sept 3: Pulchowk area in Lalitpur briefly wore a tense look as police obstructed the attempt of locals to organize a chariot-pulling procession of Rato Machchhindranath on Thursday afternoon.

Police personnel had obstructed the locals who started a chariot pulling procession of Rato Machhindranath at Pulchowk, citing the prohibitory orders issued by the local administration against organizing such festival.

But as the agitating local youths started pelting bricks and stones on police personnel on duty, police lobbied several tear gas cells and used water cannons to disperse the crowd.

The agitating locals have caused damage to the water cannon vehicles used by the police to disperse the crowd. Eyewitnesses said the agitating locals smashed the windscreen of the vehicle with bricks and stones. No one has been arrested so far in connection with the incident, police said.

A large number of Nepal Police and Armed Police Force personnel have been mobilized in the area to avert any untoward incident. 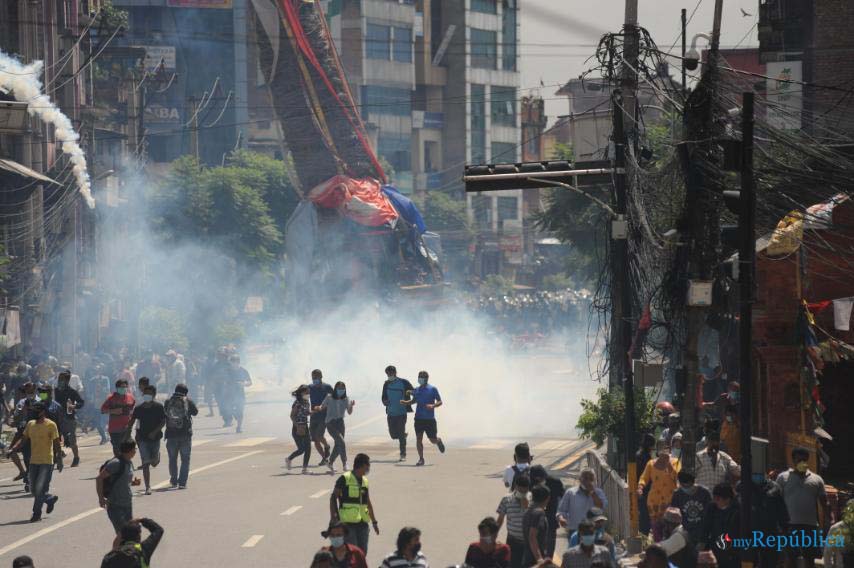 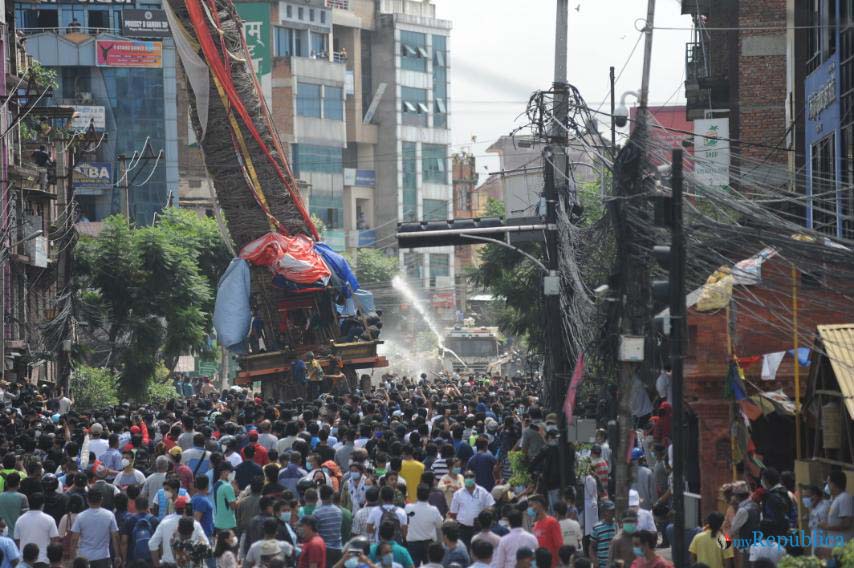 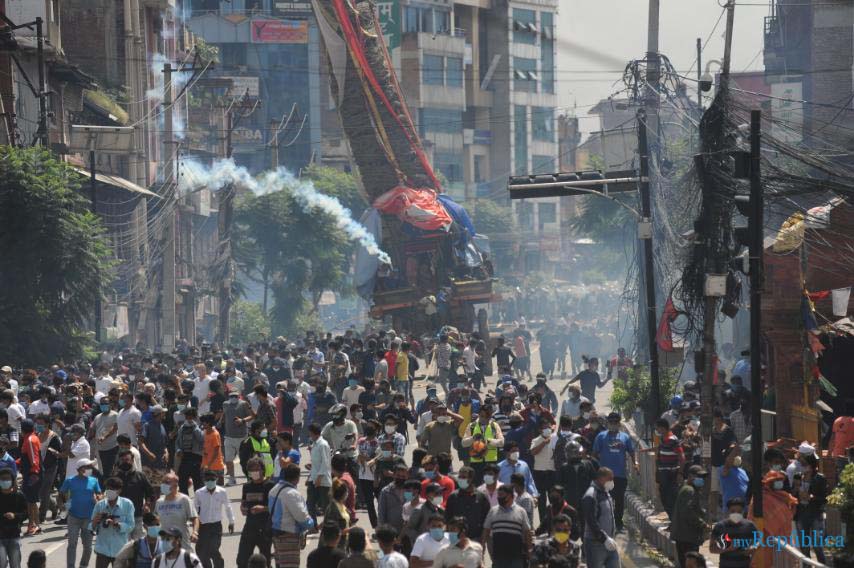 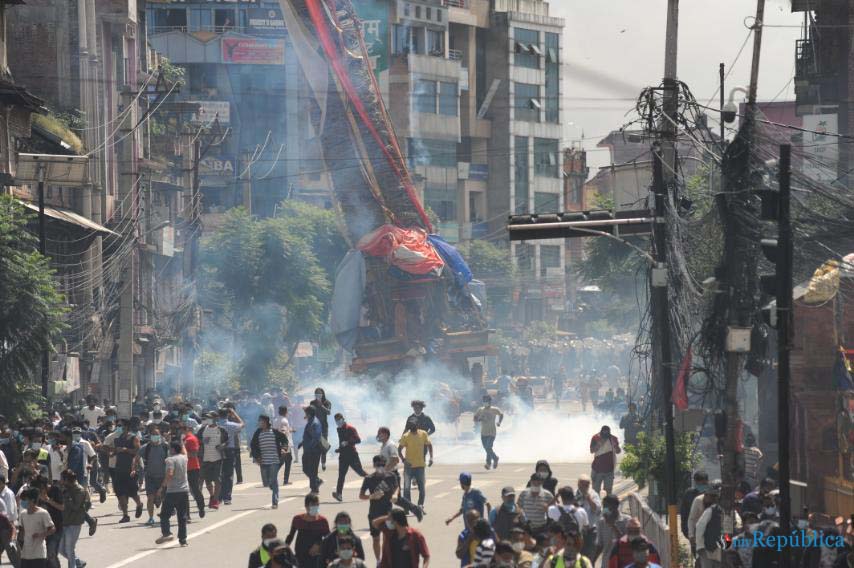 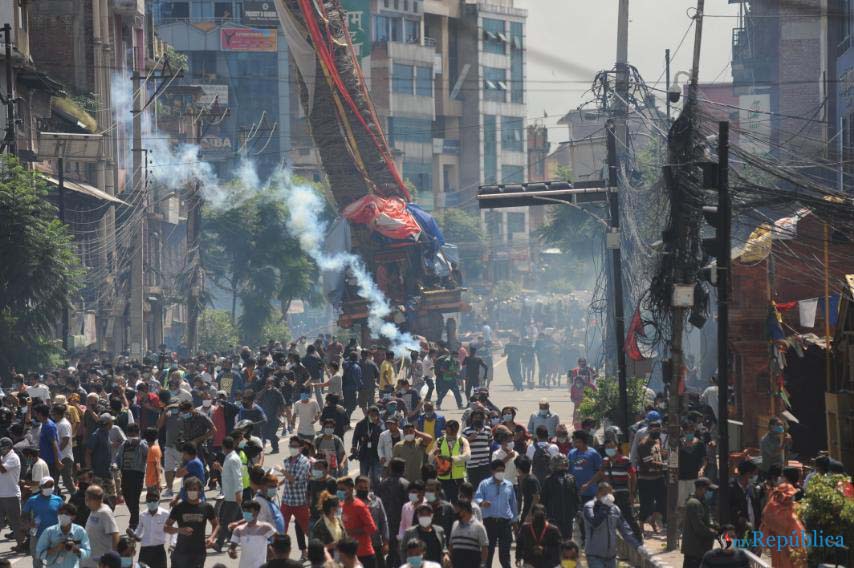 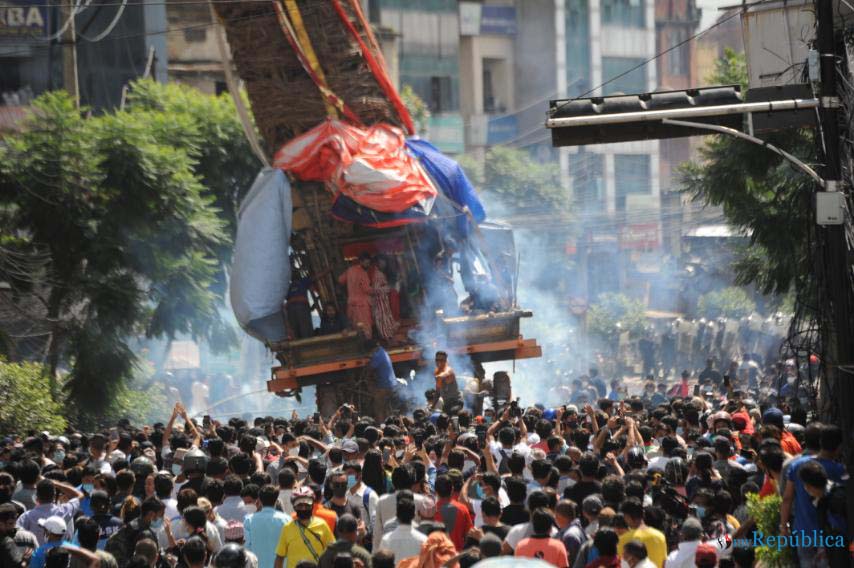 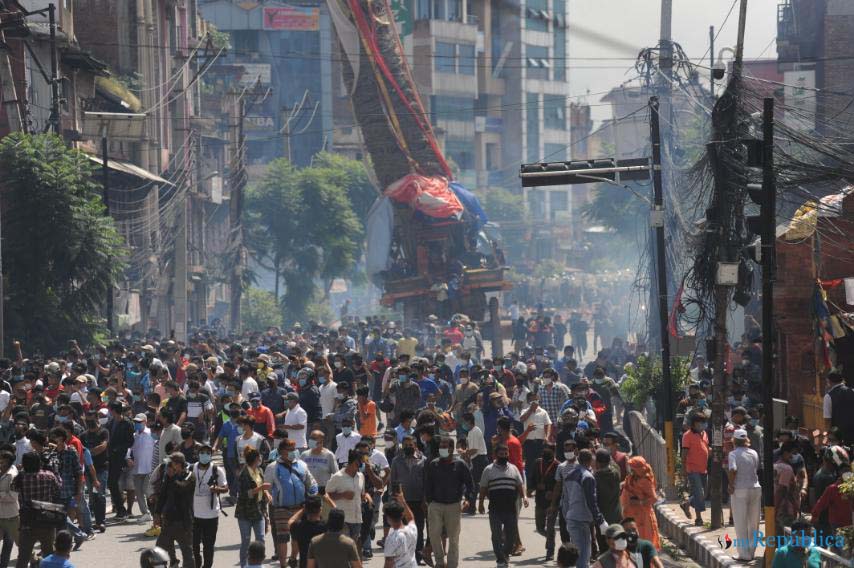 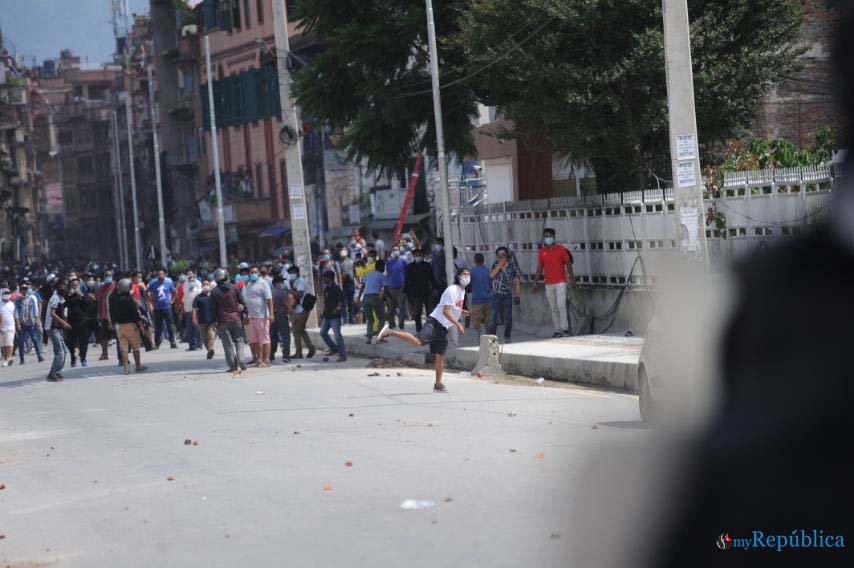 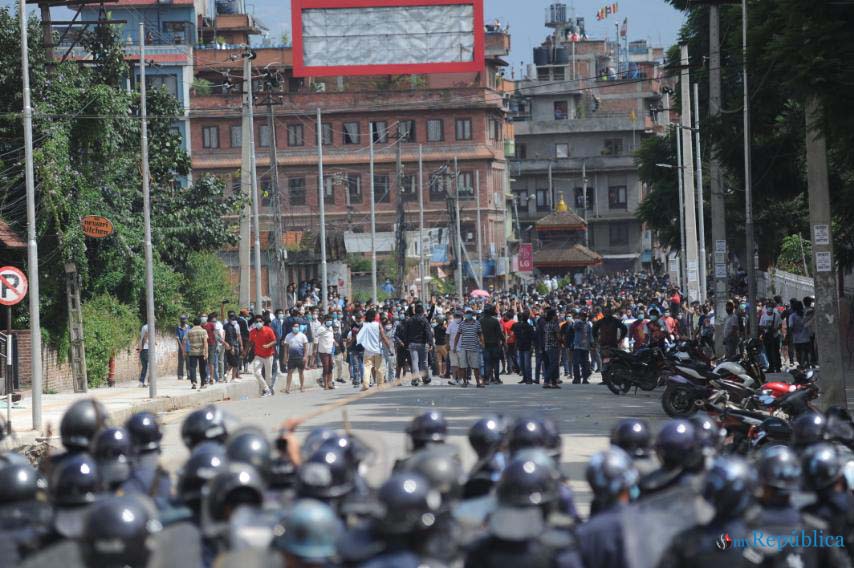 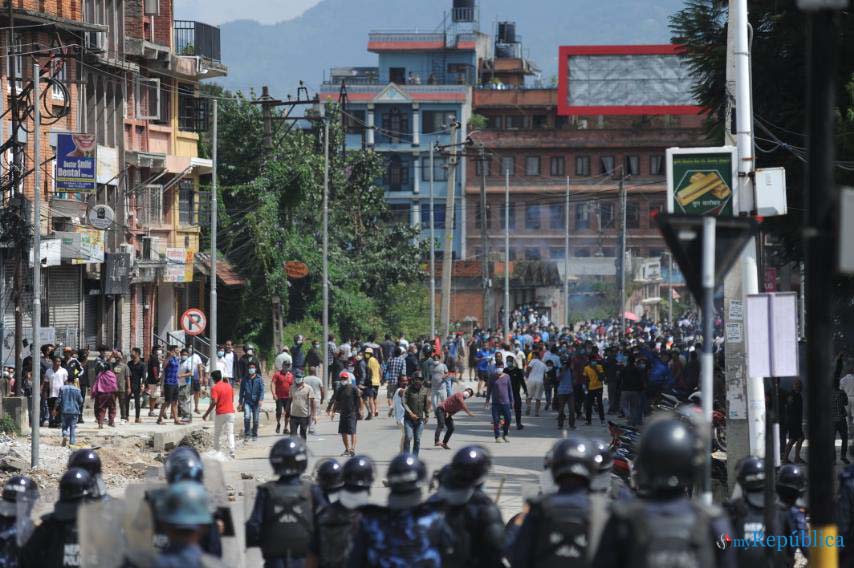 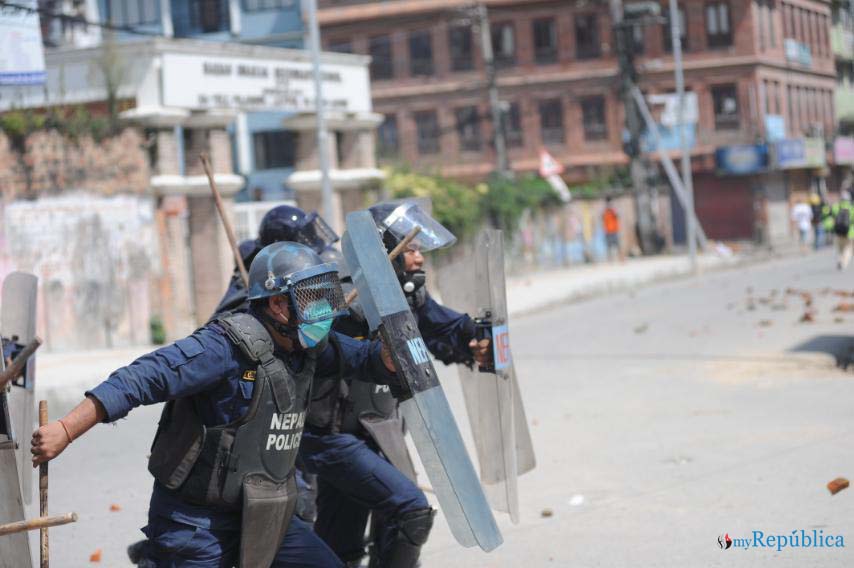 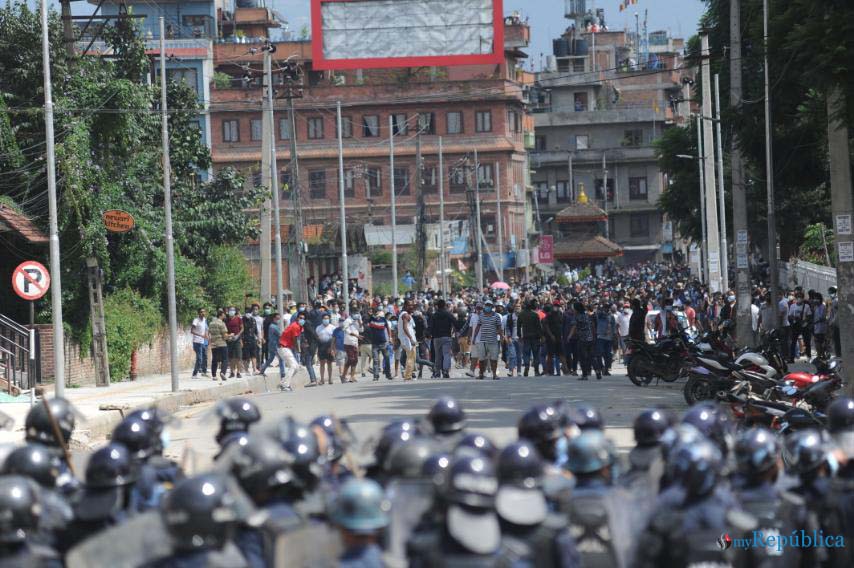 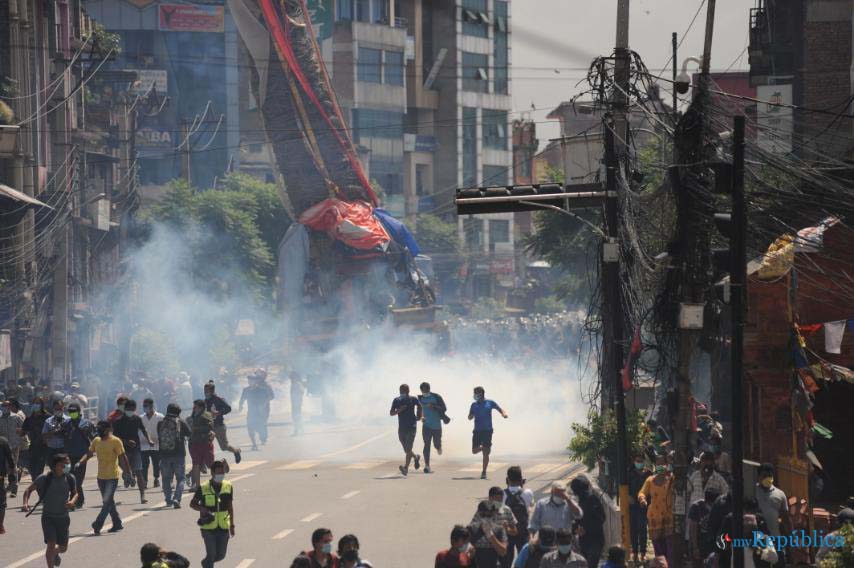 Nepal Police has a new IGP but the top cop will be in office for barely five months and then... Read More...