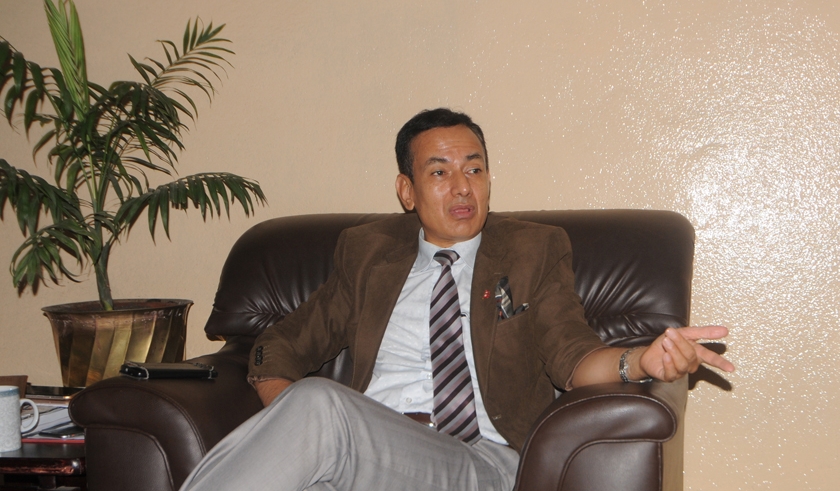 The diffusion notice is a request made by national police forces for seeking support from Interpol, an international organization that facilitates police cooperation, in identifying and locating an individual wanted by police.

However, Nepal Police spokesperson DIG Manoj Neupane refused to confirm whether they have sought support from the Interpol. “I cannot speak about the case which is still under investigation. Honestly speaking, I am unaware about the development,” he said.

On January 2, the Kathmandu Metropolitan Police Office had issued an arrest warrant against Silwal, who is elected as member of the House of Representative from the CPN-UML, to investigate into a case involving document forgery.

Earlier, the Supreme Court (SC) had ordered the government to initiate action against Silwal after concluding that the performance appraisal reports he had submitted to the apex court seeking his appointment as the chief of Nepal Police were forged. DIG Nawaraj Silwal was accused of submitting doctored performance appraisal certificates to the apex court along with his writ petition.

On April 10, the cabinet had promoted DIG Prakash Aryal to the post of Nepal Police chief on the basis of the recommendation of a high-level committee which found him ahead of the other contenders in terms of performance appraisal. But Silwal had moved the SC claiming that the report was inaccurate and he submitted a separate report to the apex court in which he had two points more than Aryal's. In the final verdict on the writ petition, the court had asked the government authorities concerned to investigate the government documents forgery case.