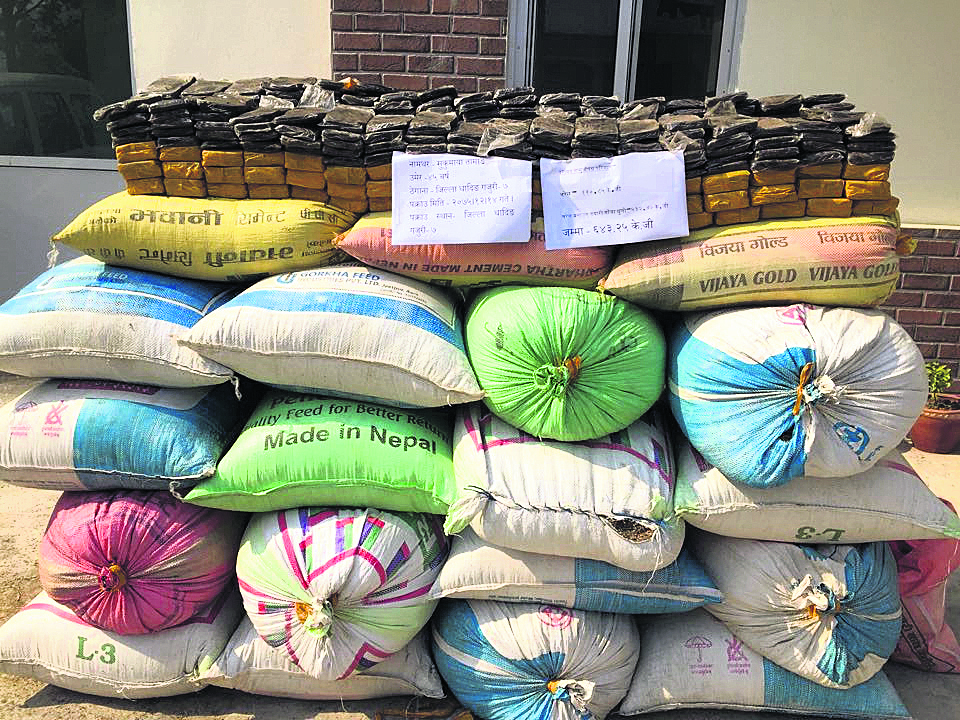 Police seized 110 kg of hashish and 532 of marijuana dust from a makeshift factory in Gajuri of Dhading district on Thursday.

KATHMANDU, March 30: Police, on Thursday noon, raided a hashish factory in Gajuri Rural Municipality-4 of Dhading and seized 110 kilograms of hashish and 532 kilograms of marijuana dust, which is used to produce hashish.

Acting on a special tip-off, police from the District Police Office (DPO), Dhading, and Narcotic Control Unit, Koteshwar, raided the factory set up in a cowshed in Dhading at 11 am on Thursday.

Police arrested Sukumaya Tamang, 45, from the factory while her husband Sukuman Tamang aka Tirtha, the operator of the illegal business, managed to escape. The police team found a huge amount of the contraband stashed in their home, cowshed and the yard.

According to the DPO, the drug seize Thursday seems to be connected to the previous seizures. “Our preliminary investigation has shown that the hashish seized in the previous three operations was from the very factory,” chief of DPO, superintendent of police (SP) Raj Kumar Baidawar told Republica, “It looks like the factory produced hashish after receiving orders from buyers in India.”

KATHMANDU, March 23: Police, on Friday morning, arrested one Indian national from Dhading on the charge of smuggling 164 kilograms... Read More...