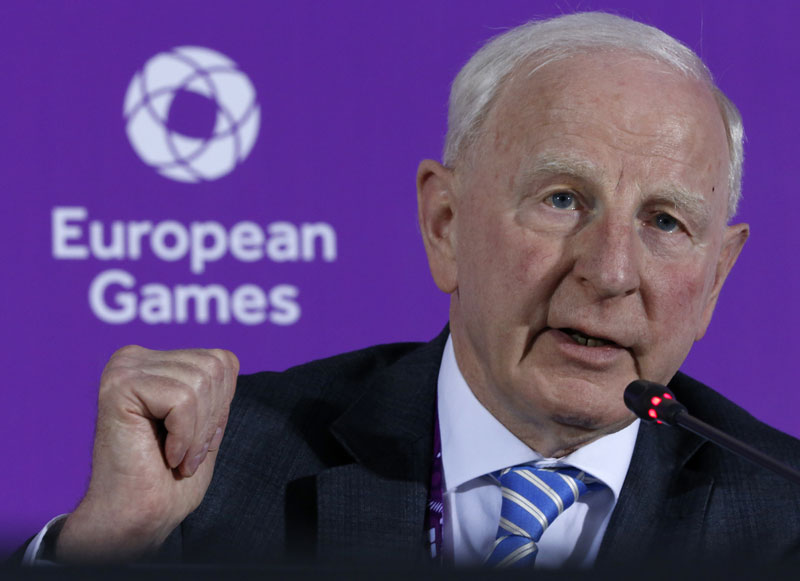 RIO DE JANEIRO, Aug 17: Rio de Janeiro authorities issued an arrest warrant for an International Olympic Committee executive accused of scalping tickets for the Summer Games as part of a wider probe of tickets allocated to Ireland that were being sold for higher fees.

Police said Wednesday that Patrick Hickey is accused of plotting with at least six others to illegally sell tickets for the Olympics. Hickey, 71, is president of the Olympic Council of Ireland as well as president of the European Olympic Committees, and has been been part of the IOC executive board since 2012.

The Olympic Council of Ireland said on its website that it was aware of the reports.

"We are seeking total clarity on the situation before we comment further," the council said.

"Continuing our investigation, civil police discovered the involvement of Patrick in the international scheme of ticket scalping," the Rio police fraud unit said.

An Irish executive was arrested last week in the same investigation and four other executives are wanted in the probe.

Agents have seized more than 1,000 tickets that were being sold for high fees and allocated to the Olympic Council of Ireland. The company suspected is British hospitality provider THG Sports.

Kevin James Mallon, one of the heads of THG Sports, was arrested at the start of the Rio Games along with an employee who was working as an interpreter. Police say Mallon had fake tickets.

After those arrests, the Olympic Council of Ireland said it would investigate why some of its tickets were in their possession. The OCI name was visible on tickets displayed by police, but the Irish said they had "no knowledge" of the two men arrested.

"The OCI strictly adheres to the IOC regulations around ticket allocation, sale and re-sale. We are treating this matter with the utmost seriousness," the council said at the time.