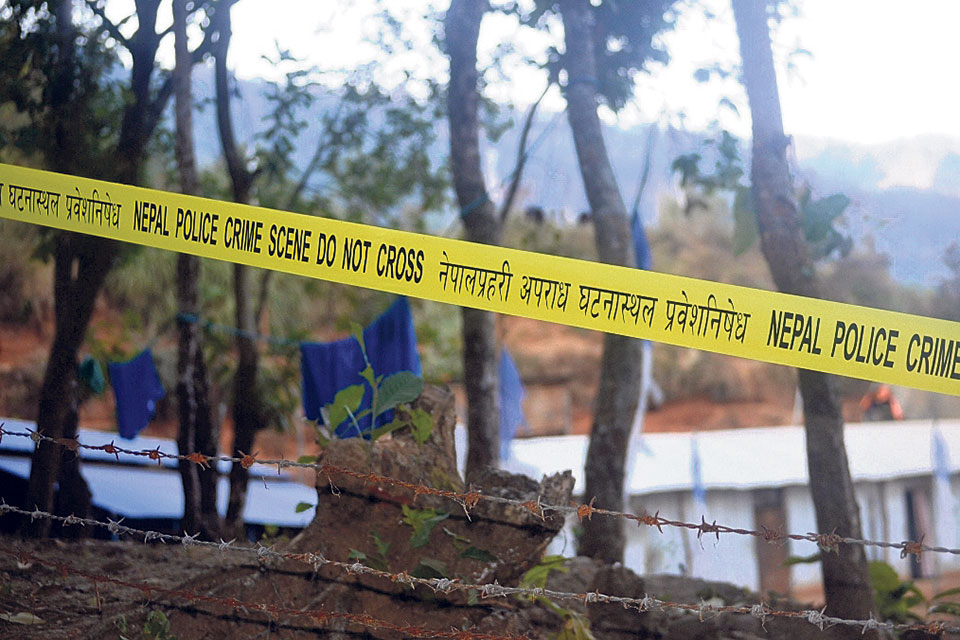 SINDHUPALCHOWK, Jan 6: The Central Investigation Bureau (CIB) of Nepal Police has found nine empty packets of salt from the suspected area where Rama Bahadur Bomjan aka Buddha Boy had allegedly buried the body of a disciple after murdering him.

Following complaints from the victim families, a special team of CIB in coordination with the District Police had conducted a search operation in the hermitage of Bomjan and excavated the suspected area where Bomjan reportedly buried his disciple on Saturday.

“We found nine empty packets of salt in the same area where we were told that the body of Sancha Lal Waiba was buried after murder,” said an official involved in the investigation, adding, “This has helped us in further investigation.”

However, the police didn’t find any human remains in the excavated area. The police investigating into the matter suspect that the body could have been shifted elsewhere and burned.

According to the locals as well as eyewitnesses and Bomjan’s own followers, one of his follower Sancha Lal Waiba was murdered in the ashram. Bomjan had allegedly beaten up Waiba, accusing him of making his followers sick through witchcraft. An eyewitness claimed that Waiba died after he was beaten up by Bomjan and his followers and that his body was buried on the ashram premises. Similarly, Bomjan has been accused of involvement in the disappearance of three nuns from his ashram and the rape of several other nuns.

Superintendent of Police (SP) Mukunda Marasaini, chief of the District Police Office (DPO), Sindhupalchowk, claimed that the investigating team has found some signs of murder in the ashram.

Refraining from telling what exactly are the signs, SP Marasaini said, “All we can say now is that we have found some clues indicating murder.”  Police recorded the statements of 14 disciples at the ashram on Saturday while samples of soil from the area have also been collected for further examination.

Three killed, 33 others injured in bus accident in Doti

DOTI, Aug 12: Three persons were killed and 33 others were injured in a road accident in Doti on Wednesday... Read More...

Two, including one tested positive for COVID-19, die in Butwal Corona Hospital